‘Nighttown’ Preview: Molly Bloom Takes the Stage in an Operatic Reimagining of ‘Ulysses’ 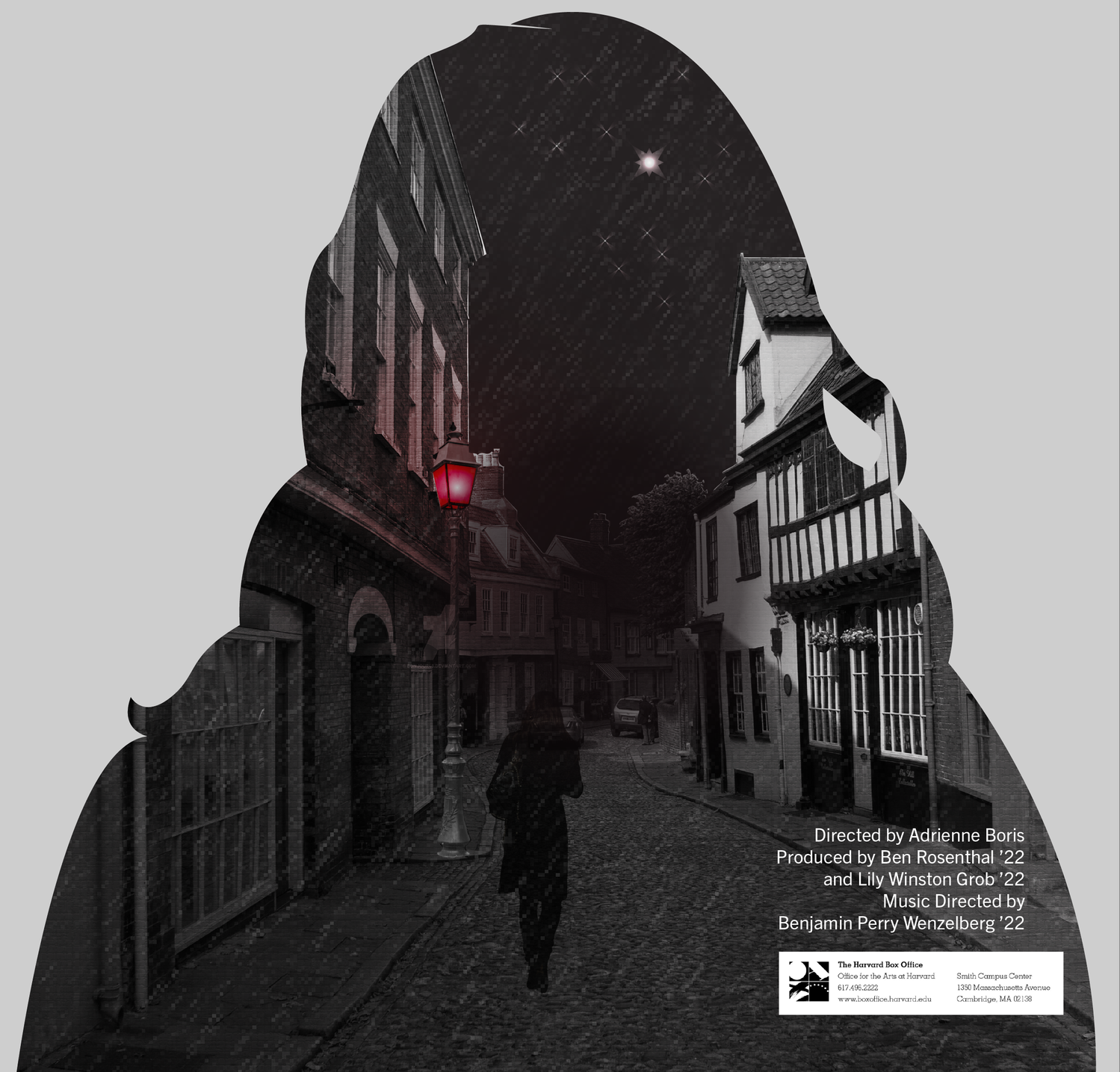 Against the cheery yellow walls of a downstairs Lowell studio room, the cast and crew of this year’s Lowell House Opera production “Nighttown” rehearse a reimagining of the “Circe” chapter from James Joyce’s seminal work “Ulysses.” The production brings to life the complicated relationship between Leopold and Molly Bloom as seen through Molly’s perspective, which remains largely underdeveloped in the novel.

Chapter 15, also known as the “Circe” chapter, reimagines an episode from Homer’s “Odyssey” where the sorceress Circe drugs Odysseus’s men and turns them into pigs. In “Ulysses,” Circe is embodied by Bella Cohen, a brothel owner in 1904 Dublin’s redlight district called Nighttown. Joyce’s protagonist Leopold Bloom follows his young friend Stephen Dedalus into Cohen’s brothel, where a series of drink-induced hallucinatory sequences unfold.

After receiving a commission from Lowell House Opera in Nov. 2019, composer, librettist, and music director Benjamin “Benjy” P. Wenzelberg ’22 developed “Nighttown” as his senior thesis with the help of English department faculty. But adapting a text as formidable and renowned as “Ulysses” is no easy feat.

According to Wenzelberg, what makes the text appealing for the opera is its sonic quality. “Joyce does this amazing thing where often words don’t only have a lot of meaning in terms of what they refer to, but even on the level of how they sound,” he said.

This hidden lyricism in Joyce’s prose not only lends a musicality to the text but also informs Wenzelberg’s approach to composing the music for the opera. “I've used the natural rhythm and inflection of Joyce's words, and in many cases my own words, to inform the musical language of the piece,” Wenzelberg said, alluding to a particular scene in “Nighttown” where the music mimics the ticking of a clock and eventually evolves into the phrase “Nighttown” and “Come inside.”

Although the original chapter focuses on Leopold Bloom, Lowell House Opera’s “Nighttown” places Molly and her emotional response to Leopold’s actions at center stage. The decision to retell the story through Molly’s point of view was a practical one. Chapter 15 integrates the narratives of many key characters in the novel and provides a multiplicity of voices that Wenzelberg wanted to capture in his reimagining of the tale. One character, however, remained largely unexplored.

“While I wanted to use the 15th chapter as an opportunity for all of these narratives to collide, Molly only really appears in very problematic attire and portrayal at points in the 15th chapter. It’s still very much Bloom’s story, and so Molly, I just felt needed to become part of chapter 15 in her own words,” Wenzelberg said. To that end, he also incorporates Molly’s soliloquy at the end of the novel into the lyrics of “Nighttown.”

The centering of Molly’s perspective is part of what drew actors Caroline Olsen (Molly Bloom) and Erin Merceruio Nelson (Nymph) to the production in the first place. “It’s interesting to see how Benjy is able to turn the ‘Odyssey’ on its head and turn it into an emotional odyssey for Molly,” Olsen said.

While Wenzelberg first read “Ulysses” in Harvard’s Humanities 10 course during his freshman year, many of the cast and crew had never read the book. In some ways, their unfamiliarity with the text served as a test for the opera’s comprehensibility and emotional resonance. “It was important to me that people who hadn’t read the novel felt emotionally connected to the piece, and I can guarantee they will,” said Adrienne Boris, “Nighttown”’s executive producer and stage director.

Still, Boris finds that she is able to connect with Joyce’ words through her own directing. “I think that Benjy has done a great job of channeling both Homer and Joyce, and when I create a physical moment that really lands, I feel like it reverberates in a sort of triptych — like we’re adding to the palimpsest. There are moments that feel very deeply based in the themes and logic of ‘Ulysses’ and in the ancient quest for home,” Boris said.

Of course, no production is immune to the challenges presented by the ongoing Covid-19 pandemic, and “Nighttown” is no exception. “Performing with masks does create some limitations in our ability to tell what is an intimate story,” said David McFerrin, who plays Leopold Bloom.

Boris agrees and adds that faking kissing or otherwise representing intimate moments on stage with masks “is just not believable.”

Despite these setbacks, Boris finds that the pandemic has presented an added relevance to the story and themes that “Nighttown” portrays. “This central tension between being unable to recognize grief or process grief, but being exhausted and scared to do so … all of that became more relevant through Covid,” Boris said.

“I like to think of this piece as one that looks forward more than it looks back,” Wenzelberg said, further reflecting on the relevance of “Nighttown” to a contemporary audience. “This is a reflection of a lot of love and loss that we’ve all experienced during Covid, but also the catharsis and outlook it provides is the most 2022 thing I can think of.”