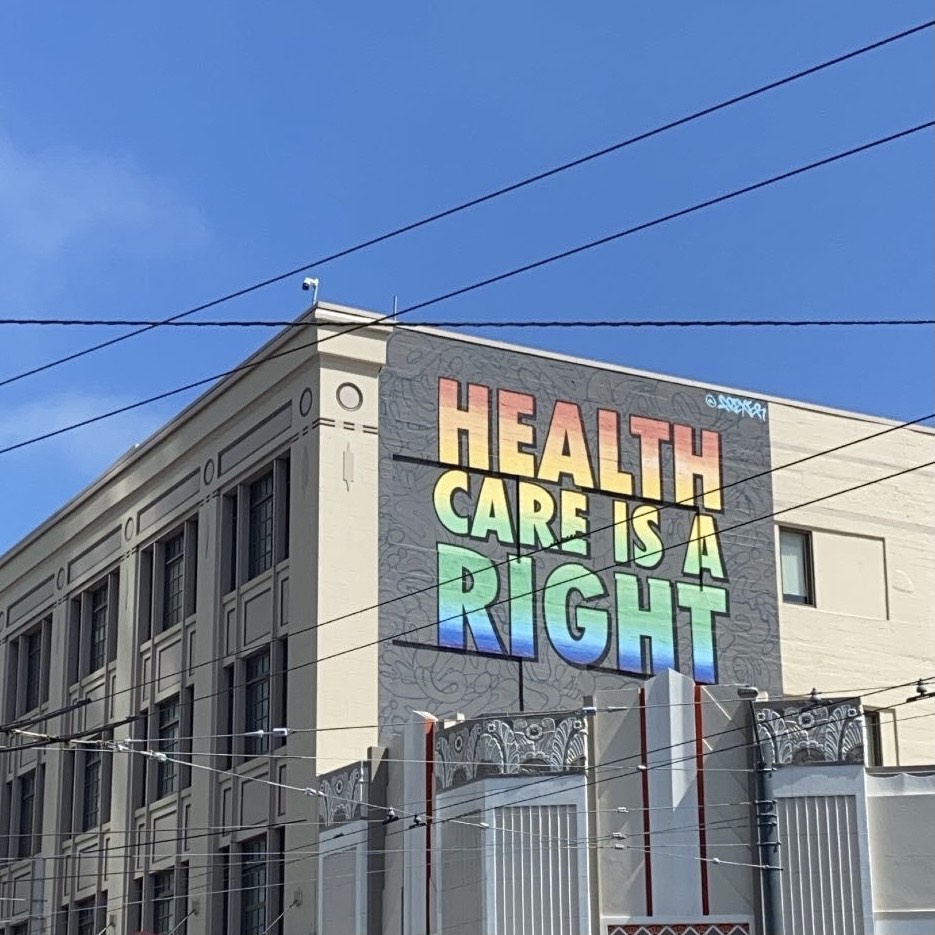 By Courtesy of Steven Garcia-Menchuca
By Abby T. Forbes, Contributing Opinion Writer
— Abby T. Forbes ’22 is a Philosophy concentrator in Adams House. Her column “The Trades” appears on alternate Fridays.

To most people, the stuff inside the boxes would be a complete mystery. Coils of blue translucent wires compressed at an angle, like a porcupine in its burrow. Peel-off fabric squares the size of a palm, meant to stick to skin like the quills of said porcupines. What appear to be either vape pens or souped-up Apple pencils stacked alongside capsules of clear liquid reflect the viewer’s perplexed expression right back at them.

But to Steven Garcia Machuca, these items were nothing other than the nectar of life — for millions of people with chronic disease, but particularly the uninsured people of the Bay Area who Steven’s work serves. A student of public health and health policy, Steven is driven to address the problems of access to lifesaving medicine that haunt U.S. medicine. He understands the way that, if you don’t have access to insurance, you do not have access to the medicine you need to survive. You see, Steven (like myself) lives with chronic disease, leveraging those experiences to cultivate the resourcefulness that led him to Harvard — and to the life of service he built outside of it.

A first-generation American, Steven grew up in a small Colorado town on the outskirts of Aspen. Among the powder and privilege, he had a front-row seat to inequities of access from housing to healthcare. And he was determined to do something about it. Steven applied to Harvard, where he focused on studying History of Science and Global Health and Health Policy. He was determined to learn how discriminatory policies can be changed to promote healing and respect no matter what a patient’s financial means. And when Harvard made students leave, Steven didn’t see any reason to stop this work.

Immediately after being kicked off campus, Steven returned to Colorado. There, he took on a role as a Covid-19 contact tracer for his local health department. Steven connected patients to rental assistance, food assistance, and medical relief programs. He realized how much misinformation was circulating about Covid-19 among his community. He learned how to listen compassionately, how to understand perspectives that, to most Harvard students, would feel illogical and worlds away. As one of the only contact tracers bilingual in English and Spanish, Steven poured his energy into ensuring that his community wasn’t left behind amidst ever-changing covid information and policy.

At the same time, Steven was a Harvard student fully immersed in his Canvas classes, on top of simultaneously studying for the rigorous Crimson EMS program. The burnout was extreme, but he needed the school health insurance: if he were to take a leave, he wouldn’t be able to afford the medicine he needed for daily survival. So in an effort to combat some of that burnout, Steven took his $5,000 housing stipend and rented a cubicle at his local WeWork. Rarely does anyone aspire to have a cubicle, but for Steven, it was a place of much-needed separation between school, work, and home life.

And yet, working a full-time job while being an online student can only be sustainable for so long. But to take time off, Steven would need to solve the health insurance problem. After untold hours of research, cover letters, and interviews, he landed a job with HealthCorps (a program of AmeriCorps) in San Francisco. In addition to health benefits, the position came with a stipend to cover living expenses. Not to mention, the role could not be more ideally aligned with Steven’s mission and values: Steven works as a diabetes care coordinator, improving outcomes for underserved patients with chronic disease. He supports a program called Healthright 360 — one of the few in the country that doesn’t turn away anyone because of their inability to pay. There, Steven distributes medical supplies for survival for free to uninsured and underinsured patients. He also provides educational programming and boxes of fresh fruits and vegetables from the “food pharmacy,” free of charge for anyone who needs them.

As Steven shares his story, I can feel the glow in his face down the phone line. I can hear us both think how, in a slightly different life, we would be the ones receiving the emergency medical supplies — at least, we hope we would have access to a program like this one.

At that moment, feeling very much “at the mercy of geography and whether it shines or rains,” in the words of Tenille Townes, I can feel our alternative lives pulsing beneath the surface. It’s not something we think of often. At Harvard, we push them down deep, transcending their tragedies of inaccess through our relentless resourcefulness. But through our hard work and creativity, our not-a-moment’s hesitation to grasp at any opportunity that comes our way, we have the courage at moments like these to reflect. And to reach back.

— Abby T. Forbes ’22 is a Philosophy concentrator in Adams House. Her column “The Trades” appears on alternate Fridays.