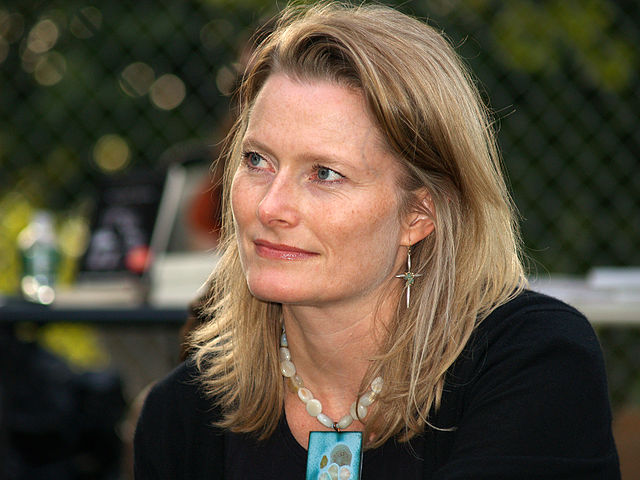 Jennifer Egan, the author of "The Candy House." By Courtesy of David Shankbone
By Chase D. Melton, Contributing Writer

Readers of Pulitzer Prize-winning author Jennifer Egan gathered at the Brattle Theater on Friday, April 8, for an hour-long event featuring a reading and Q&A from the author’s latest novel, “The Candy House.” The new novel touches on themes of technology and memory and features a software called “Own Your Unconscious,” which grants its users access to their repressed or forgotten memories.

Before reading an excerpt from another of her novels, “A Journey/A Stranger Comes to Town,” Egan discussed some creeds of her writing process — the author strives toward ten handwritten pages of new material every day, no matter what. Egan also touted dreams as a source of inspiration. She draws heavily from their details, which she writes down before she can forget. “When we sleep at night, we are all fiction writers,” she said.

Egan further stressed the influence of her subconscious on her writing, citing examples of linkages between names of characters and titles of chapters that appeared in her work without her overt intention. These examples fed into a later point Egan made concerning her strategy of “telling the story inadvertently,” a device that, much like the “Black Mirror”-esque technology of “The Candy House,” employs the subconscious in order to create a story.

During the Q&A segment following the reading, many avid readers professed their admiration for Egan’s innovative fiction. One reader thanked Egan on behalf of their neurodivergent child for her respectful portrayal of neurodivergence in her 2011 Pulitzer Prize-winning novel “A Visit from the Goon Squad.”

In response to a question about her writing life, Egan spoke at length about her writing circle, to which she credits much of her development and improvement as a writer. The circle began, she said, as a small group of budding writers — eager for feedback and involvement in a literary sphere — hired a more seasoned writer to read and give feedback on their writing. After a time, though, the workshop leader decided she wanted feedback on her own writing as well, and designations of tutor and tutee dissolved. Egan joked about the transition: “We were like, ‘Okay, but we’re not gonna pay you anymore.’”

The reading was sponsored by the Harvard Book Store and celebrated their reintroduction of in-person programming in March after months of virtual events. Marketing Coordinator Audrey Stewart gave a message of gratitude to the audience before the reading began: “Thank you for supporting us and our virtual series in this time of need.”

Following the event, attendees moved to the lobby of the Smith Campus Center for a book signing and a chat with Egan. In line with her copy of Egan’s newest was Jessica Keener, a fellow novelist and friend of Egan’s. Keener has penned two short story collections and, most recently, the 2017 novel “Strangers in Budapest.” Keener specifically lauded the amplitude and range of Egan’s writing, as well as Egan’s ability to exercise radical compassion using fiction as her medium. She also expressed her appreciation for Egan’s ritualistic approach to the craft of creative writing: “Editing is like shaping clay, but writing a first draft is like making the clay out of thin air,” she said. “It’s a kind of magic.”