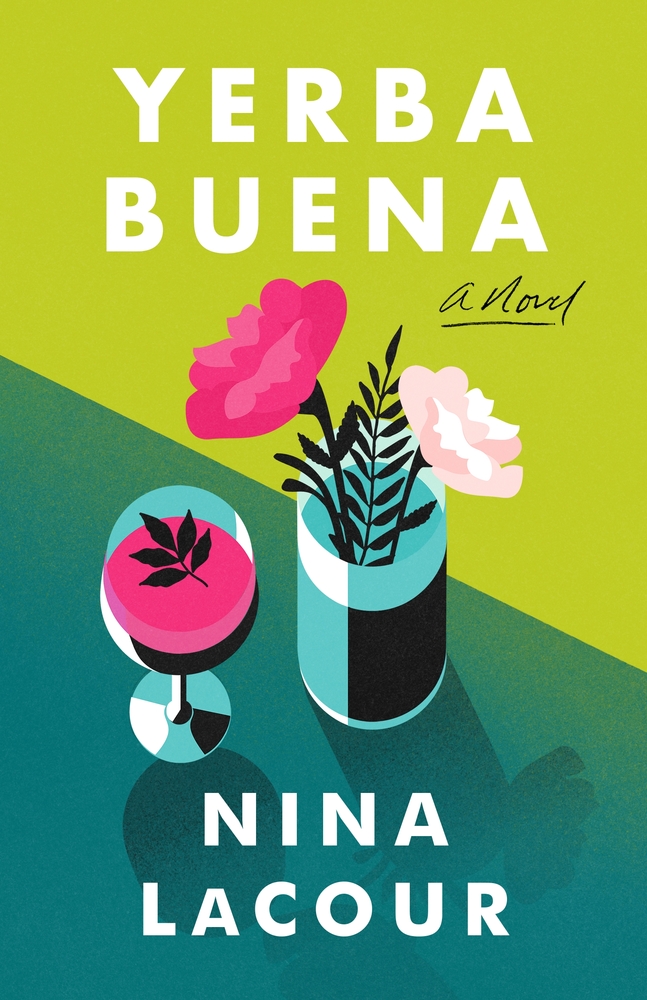 Beneath the simple, bright cover of Nina LaCour’s “Yerba Buena” lies a story with similar qualities. The narrative follows two women — Sara Foster and Emilie DuBois — from their teens to late twenties as they navigate major life transitions, choices, and changes. Although “Yerba Buena” focuses on the pair’s eventual romance, the novel also spends a significant amount of time with each individual character. It follows Sara as she runs away from her home in Northern California at 16 to establish a new life in Los Angeles, as well as Emilie’s self-exploration as she lives, works, and grows in Long Beach and the LA area.

As LaCour’s first venture into adult fiction after publishing several young adult (YA) novels, this unassuming, marketed-as-romance novel could easily have been a flop. It is, however, anything but. Colorful and simple on the surface, “Yerba Buena” is simultaneously dark and rich in complexity. It is a story of love, yes, but also of friendship, family, death, betrayal, loss, and identity. It is an exploration of pain, trauma, and healing as well as passion and purpose, all while taking the time to notice and appreciate life’s simple pleasures. Like its namesake cocktail drink, “Yerba Buena” is an understated, bittersweet, and overall brilliant creation.

The novel’s first key success is its ability to craft main characters Sara Foster and Emilie DuBois. Multidimensional, believable, and likable, readers become invested in their development. In a novel driven by character rather than plot such as this one, much of the story’s effectiveness rests on the reader’s ability to sympathize and empathize with the protagonists. LaCour, then, helps her readers understand Sara and Emilie by taking significant time to elaborate on their complex histories and backgrounds, telling their stories over the course of several years.

The book’s timeline is not always linear — there are quite a few flashbacks — and the narrative alternates between following Sara and Emilie, but LaCour navigates these potentially confusing structural choices with ease. These jumps are carefully paced and placed, allowing the reader to better understand the characters while also maintaining a cohesive narrative.

The novel’s themes of drug and sexual abuse, death, abandonment, and purposelessness could easily feel contrived — a sloppy attempt by the author to throw in some darker elements and call it an adult novel. Once again, however, LaCour does not miss a beat. Having created a rich character foundation wherein readers feel a strong intimacy with Sara and Emilie, she allows her protagonists to experience and process their struggles without fear of judgment by the reader. LaCour provides insight into the nuances of the novel’s heavier themes in a profoundly humane way: Readers grow closer to Sara and Emilie as they observe the characters react to the situations they are forced to reckon with.

The real triumph of “Yerba Buena,” however, is its ability to explore both the trials and brighter elements of life. LaCour leaves plenty of room for hope amidst a variety of otherwise bleak circumstances. Sara finds an apartment that finally feels like home and establishes herself as a well-respected figure in the field that brings her true joy: bartending. Emilie, too, experiences some promising developments, as she is able to reconnect with her sister after years of awkward avoidance and finds that she has a gift for flipping houses. And together, the women’s relationship becomes a source of comfort and purpose.

LaCour also has a sharp eye for detail, and threads throughout the novel demonstrate an appreciation for life’s simple pleasures. Seemingly casual observations paint a larger picture of beauty, whether it be the book’s notes about Emilie’s intricate flower arrangements, the careful flavors with which Sara crafts her cocktails, or the architecture and design of each new house Emilie renovates. There is an unassuming yet notable focus on food and drink within the novel — and as much more than just sustenance. Food brings with it culture, connection, and camaraderie. It is the hours spent preparing food for her dinner party, for instance, that Emilie finds to be a key source of connection to her Creole roots, her childhood, her parents, and her sister. This meal brings together not just people, but Emilie’s past, present, and future. It is, of course, also an institution centering food — the “Yerba Buena” restaurant — within which Emilie vests so much emotional meaning and which also houses the fateful moment where she and Sara first meet.

One would also be remiss in neglecting to mention the “Good Herb” itself. The recurrence of yerba buena throughout the novel is employed deliberately and skillfully, but also in a way that feels completely organic. The plant itself is unassuming, yet not to be underestimated. It is described explicitly only once, in which Sara is told that it is “healing.” Of what? “Whatever you need it to. It’s all about your intentions.”

The very same could be said for the novel bearing the same name. “Yerba Buena” appears uncomplicated in many ways, perhaps thanks to LaCour’s YA experience; her straightforward writing lacks long, extensive descriptions and flows at a steady, moderate tempo. The relatively simple nature of its form, however, should not be confused with assumptions about its essence — “Yerba Buena” is a mature novel through and through. LaCour demonstrates remarkable agility in retaining the more favorable aspects of young adult fiction while also taking the story to new depths.

“Yerba Buena” defies genres and even summary. It provides an eye into its characters, their life events and changes, even when the results are not what the character or reader may have hoped for. This willingness to accept life as it is is perhaps the novel’s most special quality. “Yerba Buena” is neither wholly bleak nor wholly optimistic, doomingly depressing nor naively hopeful; its exploration of life’s irrevocable bittersweetness is a source of solidarity and comfort, its authenticity truly relieving and refreshing.