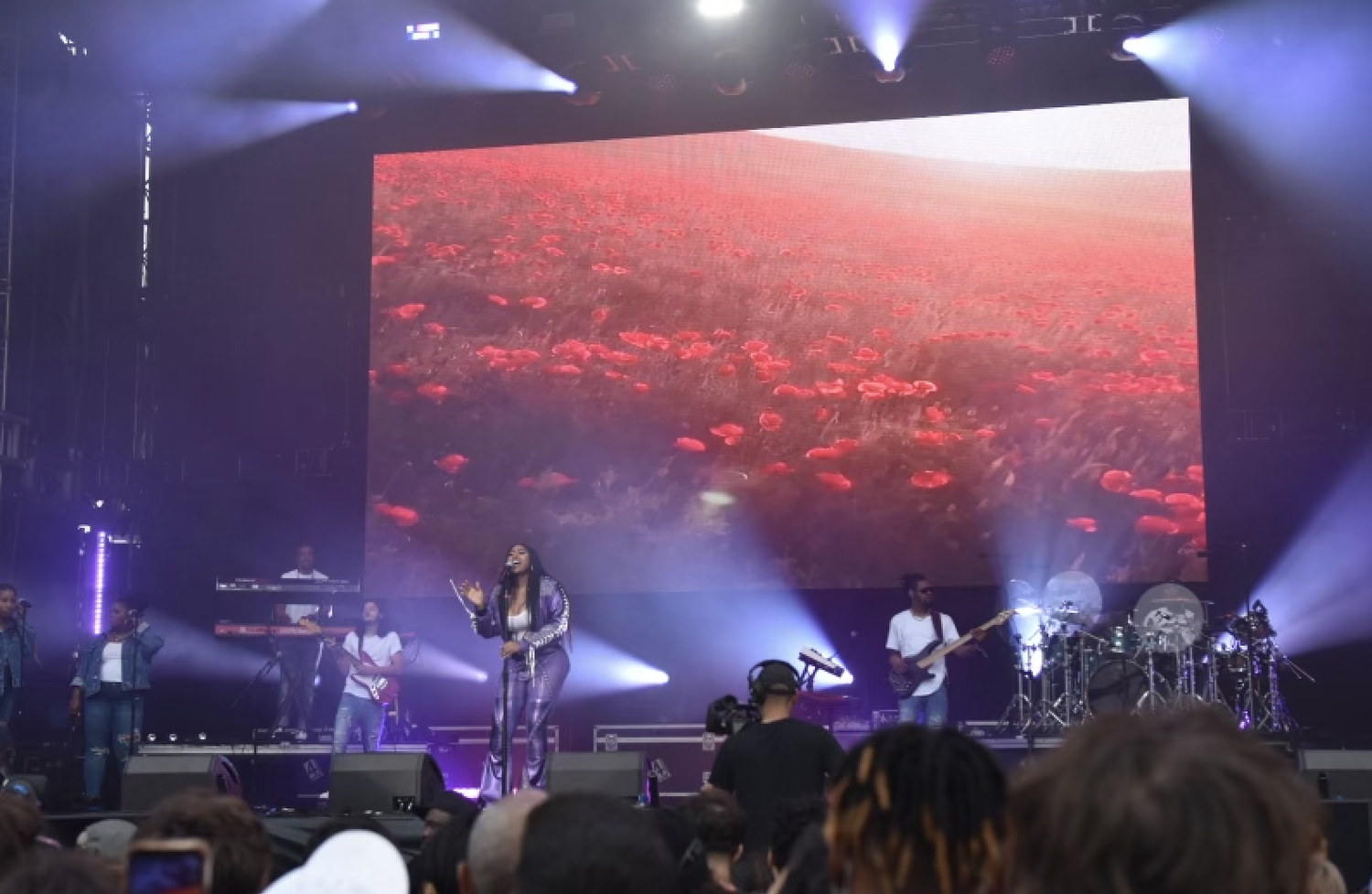 The final day of the 2022 Governors Ball in New York City brought the energy, the culture, and some of the best vibes of the weekend. A day filled to the brim with fantastic acts and eager crowds, Sunday’s show was the perfect wrap-up to a weekend of nonstop music. Below, we break down the standout performance from festival Day Three.

“Where are my Spanish speaking people?” Becky G asked from atop the Go Puff stage, as a feverish roar of excitement erupted from the crowd. “And my non-Spanish speakers too, I love you.”

Becky G owned the Gov Ball stage on Sunday with tracks that pulled heavily from reggaeton and the other Latin American pop genres that have inspired her career. In her signature style, the set consisted almost entirely of Spanish-language tracks. And though many in the audience didn’t speak the language, Becky G had everyone dancing along throughout her set. The pop artist began with her earworm “RAM PAM PAM,” before transitioning to one of her biggest Spanish-language hits, “Sin Pijama.”

Still, the Gov Ball audience eagerly awaited a song they could more easily sing along to, and before long a throwback performance of her breakout hit “Shower” had attendees shouting out every line of the chorus. She followed by performing 2017’s “Mayores,” before surprising festival goers with a guest appearance by Guaynaa to perform “TAJIN.” “Let’s give the people what they want!,” she cheered before the closing song. Her performance of “MAMIII” had G, and the audience, rolling their hips and bobbing their heads.

Jazmine Sullivan graced the Go Puff stage with a set that paid tribute to Black love, self-love, and sisterhood. She began her performance with “Bodies,” the cheeky, low tempo opener of her Grammy Award-winning EP “Heaux Tales.” The track was followed by one of her classic R&B hits — 2008’s “Bust Your Windows” — which had the audience all-but embodying the rage of a scorned woman taking revenge.

Sullivan made sure to connect with her audience, too. With “Put it Down” she described a positive sexual relationship with a partner, and it was here that she took a moment to address the audience directly: “If you’re with someone who isn’t treating you right, say fuck ‘em.” As expletives flew from the audience, Sullivan followed with a declaration of her own self-love, whether or not a partner is present. It led directly into her performance of “Girl Like Me,” to which Sullivan initiated a slow crowd wave.

The show was endlessly fun. With “Hurt Me So Good,” for example, Sullivan taught the audience how to “soul clap” to the beat of the song — most got it in no time. The vibes evolved with a cover of Beyoncé’s “Party,” complete with a 90s-esque Black dance party projected behind the artist. Sullivan’s succeeding cover of Fugees’ “Killing Me Softly With His Song” brought the energy back down to Earth, simulating the constant back and forth of pleasure and pain in unstable relationships. She closed with “Need U Bad,” indicating that despite this back and forth, the love she feels is real and she craves it dearly.

Playboi Carti assumed his position as the closing act of this year’s Governors Ball atop a massive pyramid constructed on the headlining stage. Cloaked in a large hoodie, drowned in bright fluorescent strobe lights, and perched several feet above the ground, Carti offered audiences a version of himself that exuded an almost mythic presence. Onstage, he became akin to an ethereal being who, despite performing directly in front of the crowd, was impossibly out of their reach.

Still, Carti’s heavy bass and zeitgeist piercing tunes created a level of energy in the crowd unmet by all prior performers, with the audience jumping and swaying uncontrollably. From his starting track “On That Time” to the end of the show, the crowd did not let up. The performance was truly the closest thing Gov Ball had to a rager.