Artist Profile: Andy Grammer On Touring, TikTok, And Being A ‘Girl Dad’ 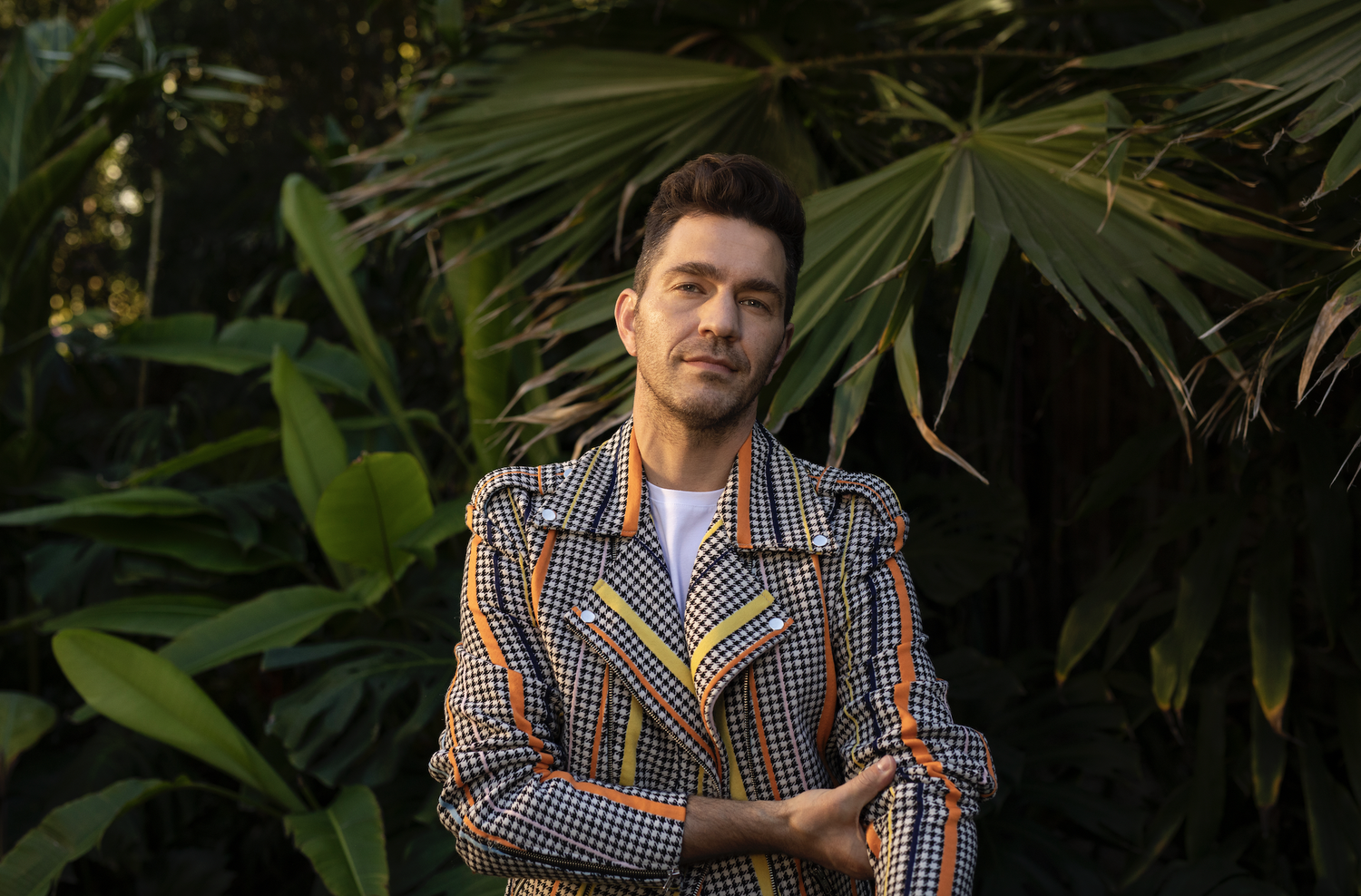 Grammer has been spreading hope and joy through his music for over a decade. By Courtesy of Alex Harper
By Jen A. Hughes, Crimson Staff Writer

Andy Grammer is the singer-songwriter behind all of your favorite feel good hits. From his 2011 debut single “Keep Your Head Up” to 2019’s “Don’t Give Up On Me,” Grammer has been spreading hope and joy through his music for over a decade. How has he managed to spread that message without losing sincerity along the way? As Grammer put it in an interview with The Harvard Crimson, “at the core, [it’s] just who I am.”

It’s a sincerity that shines across an impressive collection of chart-topping hits that Grammer has racked up over the course of his career — hits that he’ll be bringing along to his Aug. 6 Boston concert at the Leader Bank Pavilion with co-headliners Fitz and the Tantrums.

Songs like “Keep Your Head Up” and “Don’t Give Up On Me” bring a glimpse of hope and optimism in an otherwise dark world. Similarly, songs like “Fresh Eyes,” “Fine By Me,” and “Honey I’m Good” apply Grammer’s positive outlook on a smaller scale, reminding listeners that you really can find a “Good Man.”

“That's my main goal [when writing]: How do I find a part of life that we're all going through?” said Grammer. “I think that music has a way of getting at those things better than anything else.”

While Grammer’s approach to songwriting has remained consistent throughout his career, the experiences informing his writing have undergone major changes. In addition to marrying his wife, Aijia Grammer, in 2012, Grammer recently became a father, welcoming two daughters into his family.

“It's been really fascinating to have a whole different relationship with the feminine,” Grammer said when asked about how fatherhood has impacted his music. “I spent most of my life writing love songs, like straight across to my wife. And there’s something really fun about writing downward.”

Grammer’s most recent single “Good Man (First Love)” clearly shows how Grammer is exploring this new aspect of his life through music. A song bound to become the soundtrack for thousands of father-daughter dances to come, the ballad describes how a father sets the standard of love for their daughters. It’s a clear reflection of Grammer’s own perspective as he imagines a future for his young daughters, showcasing Grammer’s skill at applying specific experiences from his own life to make his music genuine and relatable to a wider audience. 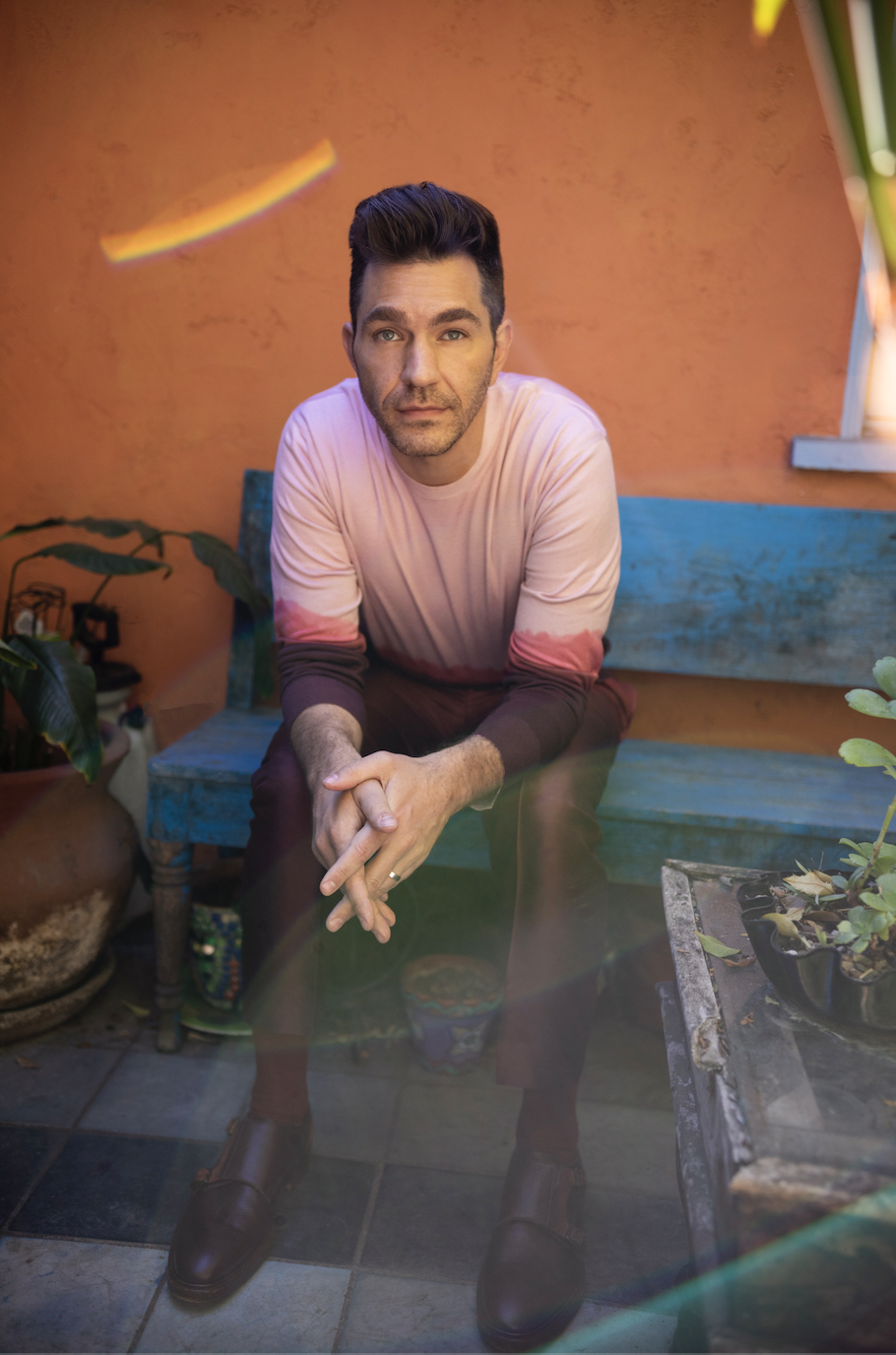 Grammer will be co-headlining an Aug. 6 Boston concert at the Leader Bank Pavilion with Fitz and the Tantrums. By Courtesy of Alex Harper
Advertisement

New personal experiences aren’t the only changes Grammer has navigated over the course of his career. He’s navigated the music industry through the shift away from radio and downloads toward the dominance of streaming services. It’s a shift that has changed his approach to releasing music.

In his early career, Grammer focused his efforts on longer projects, releasing four albums from 2011 to 2019. Grammer’s more recent releases, on the other hand, have favored a steady stream of one-off singles and shorter works such as the five-track long “Art for Joy” EP released in June. In a change of pace for the artist, his next album will come as the culmination of many singles dropped over the coming months.

“Even for me if someone drops an album, even if I love them, I find my attention span is [too] low to appreciate all of it,” said Grammer while explaining the shift in his release strategy. “I don't want a track eight to just never get heard. I care so much about every one of these songs.”

Before becoming a multi-platinum selling recording artist, Grammer got his start busking on the streets of Santa Monica.

“It was like the most humbling thing that you could do, where you are just being ignored,” said Grammer. “Sometimes artists can get caught in, thinking that they are special or singing down to people […] when you're street performing, you're just in it and nobody cares about you.”

Grammer credits these humble beginnings for his success in another new venture — TikTok. Grammar has set himself apart from the countless celebrities who have floundered on the fickle social media app which favors young, internet-based influencers. In spite of defying the stereotypical TikToker, the singer has managed to build himself a sizable following on the app, surpassing 1.2 million followers and posting several viral videos garning millions of views and likes.

“[On Tik Tok] it was really fun to go, ‘I'm not a celebrity. I'm just a person here. What are we doing? What's the game? How are we playing?’ […] Finding joy and checking your ego at the door is, I think, the key to success,” he said.

Aside from releasing new TikToks and new music, Grammer has been on a whirlwind schedule that shows no signs of slowing down anytime soon. The singer kicked off the year by returning to the stage with ‘The Art of Joy Tour Parts 1 & 2.” Between shows, he found time to crash a fan’s wedding, introduce President Joe Biden at the White House Fourth of July Celebration, and give the keynote address at Mental Health America’s annual conference in Washington D.C. Now, the singer is heading back on the road to co-headline “The Wrong Party Tour” with Fitz and the Tantrums.

Fans can expect to hear more than just music during the upcoming tour as Grammer plans to incorporate spoken-word pieces into his set.

“To me, music is the bed for what I'm about to say,” said Grammer. “With poetry, you take everything out and just put the complexity in the words. And I really love that.”

But he also knows the risk in serving audiences something they aren’t expecting. “You pick your spots, you can't go too far … [But] if done right, you can really elevate the next song and create really special moments in the show.”

In his interview with The Crimson, Grammer also teased that audience members will get to hear an upcoming collaboration between the co-headliners titled “The Wrong Party.”

The tour dates for “The Wrong Party Tour” can be found here.