In January 2022, I took my first BeReal in the car, hiding half my face to avoid looking bad in the flipped camera. BeReal’s popularity as a social media app skyrocketed in early 2022 after its release in 2020 by French entrepreneur Alexis Barreyat, appealing to young audiences as an unfiltered, “real” social media. The app sends you a randomly timed notification each day, and you have two minutes to post a BeReal — a spontaneous photo of yourself and of your surroundings.

After discovering it, I fervently convinced all my friends to download the app, set BeReal’s notifications as the only ones allowed through my “Do Not Disturb,” and didn’t miss a single day in February, March, or April. BeReal encapsulated everything I loved about connecting with friends online without carrying everything I hated about digital spaces.

Early on, my BeReal feed was a community of 10 to 15 friends who mutually and indiscriminately reacted and commented on posts, resembling a group chat with extra features more than a full-fledged social media. It was the one safe haven app I opened daily to smile at interactions with real people, not impersonal curated images. Contrary to criticism BeReal received about not being real, I believed in the core mission of people sharing anything, even and especially life’s mundane moments.

Fast forward to today: The tide of my feed has shifted. Friends have started noting that "BeReal has the worst timing” when the notification catches an uninteresting part of the day. I’ve found myself noticing what types of content garners more reactions, driven by the slot machine effect of my occasional “well-received” posts.

It’s starting to be a chore to scroll through the 100+ BeReal friends I've accumulated.

All the characteristics of Real Social Media are seeping in: toxic comparison, filtering oneself, viewing people as numbers. BeReal is slowly losing its joy. What happened? Diving into BeReal’s evolution gives insight into what makes social media toxic and how we might build new versions of “social media” that avoid its worst mental traps.

For me, the first shift comes with the first taste of “success,” or a post that’s noticeably better in some metric: number of reactions, a positive comment, a funny moment captured. Neurotypical human minds register social interactions as a positive reward. More engagement = good. As anyone who’s ever used social media can testify, each post then becomes a gamble of “how many likes/comments/reactions will this get?”. Even when users aren’t consciously evaluating themselves, humans can’t help but chase the intermittent variable rewards — an idea coined by psychologist B. F. Skinner — that social media engagement offers.

On top of self-comparison, a daily flood of posts triggers social comparison, activating the same instincts that help us conform to societal rules. Humans crave acceptance into groups, so they follow implicit rules. When users view others’ exciting BeReals, they wonder why they’re always alone or doing something boring when the notification goes off. They might imitate friends’ facial expressions and camera angles. As each person tries harder to fit the mold, content becomes increasingly shaped to fit the digital subculture of an ever-growing circle of connections.

BeReal itself builds in allowances that enable self-filtering and social comparison. Features like posting a Late, a BeReal posted any time after the notification, or using the front camera offer the guise of control and inclusivity, but these features often undermine the app’s original intention. I can’t explain the joy of seeing my friends working on homework or laying in bed doing nothing. It’s not flashy content, but it resonates, and it sends the message that it’s OK to be alone, to be working, to not be out all the time. The app’s design choices should actively discourage late BeReals that only capture exciting or “BeReal worthy” moments out with friends.

Finally, there are simply too many people in the app. Humans aren’t made to keep track of so many people at once, and the sheer number turns personal interaction into sifting through content. When you can list off every person in your friends list, there’s a feeling of interacting with a real person: you’ll both post, you’ll react, they’ll comment, and there’s a back and forth you can't replicate with 100 people. But when the app isn’t designed to limit the content on your feed, there’s nothing stopping users from creating an infinite scroll past their own limits.

I haven’t stopped using BeReal, yet. I have strongly considered deleting half of my BeReal “friends” to rediscover my small joy, although I’m not convinced it’ll resolve my qualms. I still take my BeReals daily, begrudgingly making a point to do it even if I’m alone in my dorm. Something about BeReal is not quite fun anymore — perhaps the loss of genuine connection with friends, or the strangeness when a group simultaneously pulls out their phones to “be real.” In any case, I’m holding out for a change for the better, or at least, holding out for December, when I can collect and post my year of unfiltered, real moments for the world to see.

Elizabeth S. Ling ’23 is a Computer Science concentrator in Eliot House. Her column, “Alone Together,” appears on alternating Fridays. 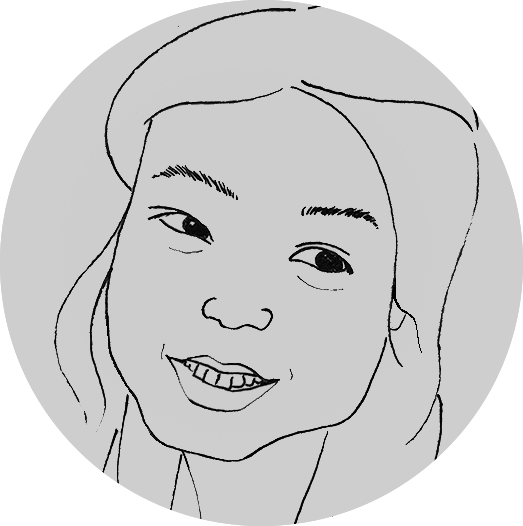