Electric in the Air: The Driver Era Drips with Charisma at the Roadrunner 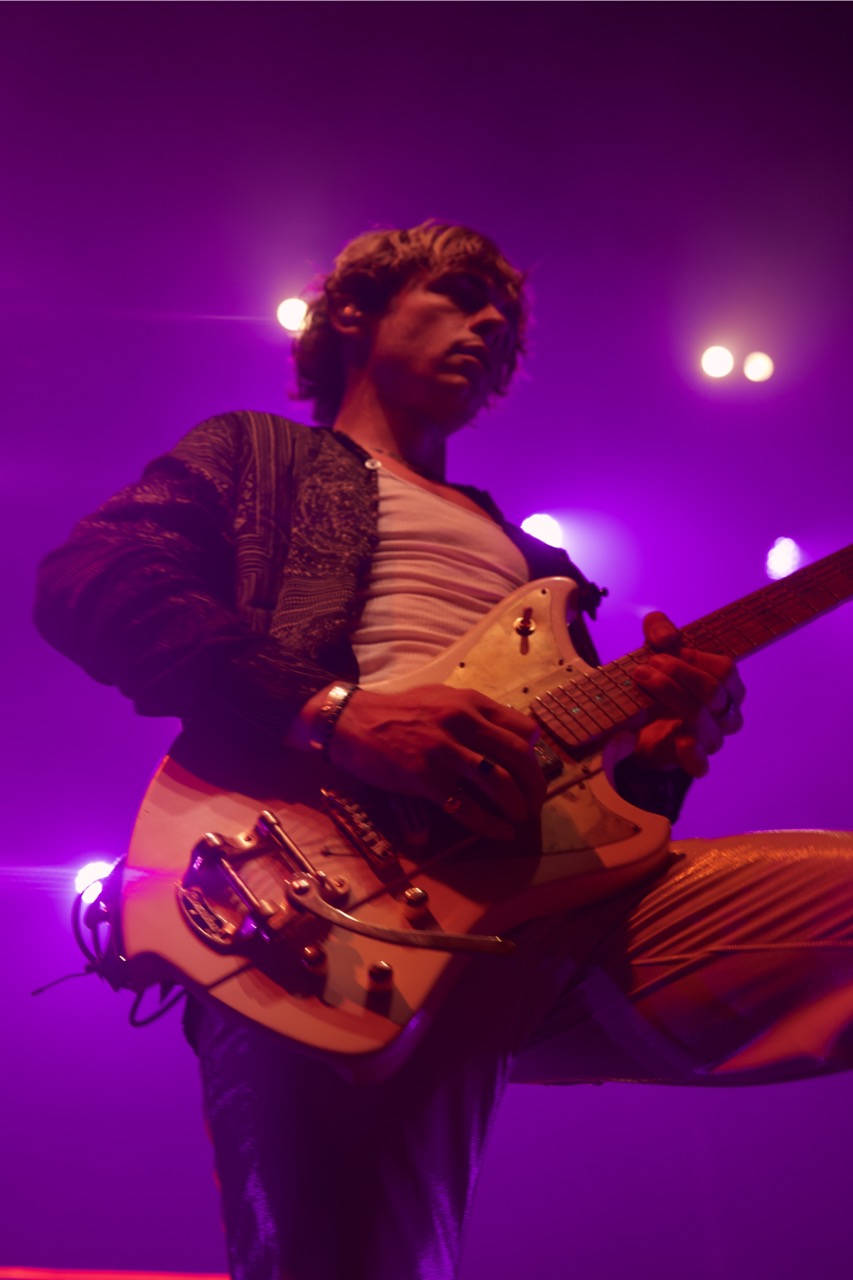 Ross Lynch, frontman of The Driver Era, shines in the spotlight at the newly minted Roadrunner. By Courtesy of Alisa Regassa
By Aarya A. Kaushik, Crimson Staff Writer

Roadrunner, New England’s largest indoor general admission venue and Brighton’s newest concert spot, opened its doors on Aug. 2 to pop-funk duo The Driver Era. The group is comprised of brothers Ross and Rocky Lynch, with another Lynch brother, Riker, currently joining them on tour. The Lynch brothers had previously performed as the band R5, and Ross is beloved by older Gen Z-ers for starring on the Disney Channel show “Austin and Ally” earlier in his career.

Although they didn’t take the stage until five past nine, their entrance instantly sent a buzz through the room: Amidst a flourishing dramatic drum solo, the crowd chanted something unintelligible, something like a throbbing mass of anticipation. Purple strobe lights pierced through the darkness, and the silhouette of the brothers appeared onstage. It was an unforgettable entrance, visually and sonically.

The brothers’ raw energy was palpable — Rocky immediately started jumping to the beat as Ross shredded on his guitar, diving right into the music of the night. The general admission layout of the Roadrunner lent itself well to the Driver Era’s performance style — their energy seemed to radiate as waves into the crowd of listeners who were just as enthusiastic to be there, filling the space with a charged air.

The strobelights eased the transitions for the first few songs, changing from deep purple to red to sunset yellow and blue on cue with the beat. The first word spoken that night was “BOSTON!” shouted by Ross before the beat dropped to their latest release, “Malibu.” During the song, there was a brief musical interlude where the boys did a salsa-esque twirl around the stage, as the lights switched over to a sultry green, matching the vibe of the moment. By the end of the song, the boys were panting along with the crowd, which had been jumping and shouting as if performing in tandem with the band. Ross yelled out, “Y’all having a good time tonight? I see that!” — and his cocky smile charmed a smile onto each face in the crowd.

The hall lit up red as Ross dropped his guitar, thrusting his hips — à la the iconic Austin Butler move from Elvis — and throwing his hair back to the beat, crooning out “You keep it natural, natural / Turn it up, strip it down / Clothes on the ground / Don’t you make me wait too long.” Rocky danced around, donning a pair of red shades, matching the lights. “One more time!” he shouted, inviting the crowd to join in on the fun by singing the pre-chorus.

The musical diversity of the concert was fascinating; their song “Take Me Away,” for example, crescendoed from a croon accompanied by just drums to an octave higher shout supplemented by guitar and vocal harmony. Later, under the backdrop of pure white lighting, Ross’s a capella falsetto soared through the air, a brief but memorable vocal highlight of the night. There was even a sprinkling of a cover of Drake’s “Hold On, We’re Going Home” — smooth and effortless. At one point, the boys encouraged the crowd to sing along to the ad libs as an intro to “Preacher Man,” their iconically edgy debut single.

“How all my ladies doin’?” Ross cheekily said later on, and was met with ear-piercing shrieks – which seemed to reverberate outside the walls of Roadrunner and into the streets of Brighton. Ross himself was blown away by the crowd’s energy, quickly apologizing with a “I’m sorry, I should’ve said plug your ears!” He started to tease-sing the lyrics “It’s getting hot in here…” under his breath and the crowd went wild. Indeed, he had taken his black shirt off earlier in the night, leaving him in just a white muscle tank — mesmerized, the crowd cheered him on to pick up where he had left off. Ever the charismatic performer, he break-danced during an instrumental break, reminding everyone just how deadly of a triple threat he is.

The chemistry shared by the brothers was electric — whether they were sharing a mic or facing each other while playing guitar, there was a sense of ease they had with each other. Ross’s fun, floppy allure balanced by his brothers’ cool exterior made for a magnetizing stage presence. Their vibe was such a paradoxical mix of laid back smoothness and hyper-intensity — somehow, it just worked to their advantage. Their unique flair enthralled the crowd at the Roadrunner, leaving behind sparks of an unforgettably mesmerizing concert experience.

Staff Writer Aarya A. Kaushik can be reached at aarya.kaushik@thecrimson.com