‘A League of Their Own’ Review: The Remake to Rule All Remakes 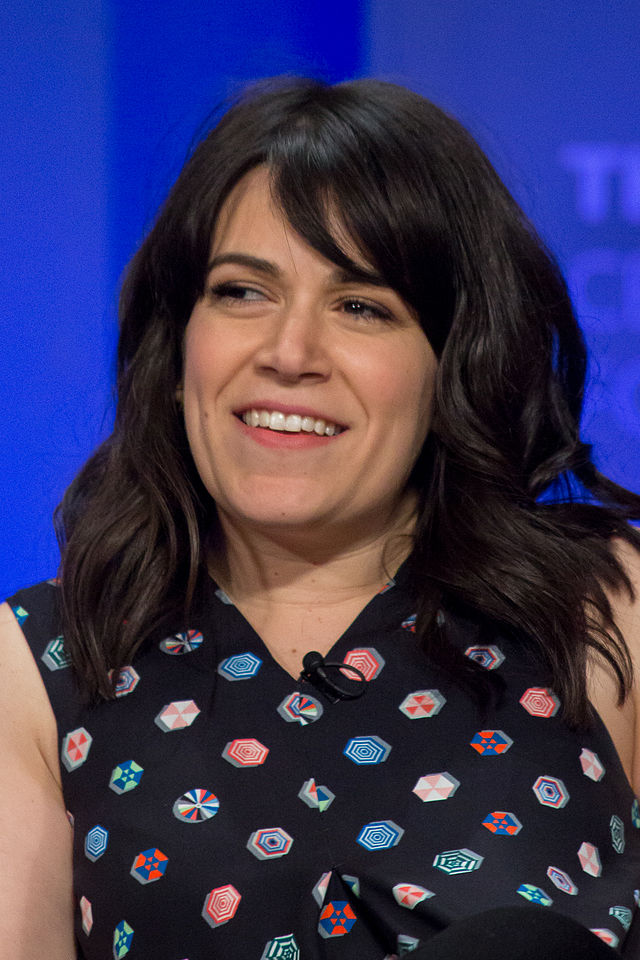 “A League of Their Own” writer and co-creator Abbi Jacobson also stars as Carson Shaw. By Courtesy of iDominick
By Julia J. Hynek, Crimson Staff Writer

Recent years have brought the entertainment world many remakes. Like, so many remakes. And public response seems to have grown increasingly frustrated at this pattern, noting a lack of novelty and creativity. But perhaps this current culture of remakes is owed at least some gratitude, as it has brought into being the wonderful series that is “A League of Their Own.” Hailing from Amazon Prime — a platform not particularly known for its originals — “A League of Their Own” is a comedy-drama tv adaptation of the 1992 film sharing the same name.

The premise is generally the same as that of its predecessor: the series tells a fictionalized account of the Rockford Peaches, a real baseball team in the All-American Girls Professional Baseball League (AAGPBL) founded during World War II. The remake, however, colors the film’s original concept with new and refreshing complexities. The heart of the story remains an inspiring, against-all-odds sports drama, but despite its generally lighthearted tone, “A League of Their Own” is a stellar example of how the modern reimagining of a classic creates a renewed opportunity to include previously repressed stories and marginalized identities within the storytelling fold.

In addition to being a fresh take on its source material, the series features stunning performances all around starring Abbi Jacobson (known for Comedy Central series “Broad City”) as Carson Shaw, D’Arcy Carden (Janet in “The Good Place”) as Greta Gill, and Chanté Adams as Maxine “Max” Chapman. Visually, too, it is a pleasure to watch. The excellent costuming, hair, and makeup (Case Study A: Greta), as well as vintage props and set design make the series an immersive piece of historical fiction.

“A League of Their Own”’s dialogue — while not blatantly contemporary — does feel more modernized than other 1940s-era media. But while the occasional cussing and 21st century phrases may be received as inappropriate for the show’s time period, the truth is that this stylistic choice works well and feels rather natural. In fact, while period media can often feel too distant to be relevant and accessible for modern audiences, “A League of Their Own”’s writers succeed in creating a compelling viewing experience for all.

The real star of the series, however, is its nuanced and thoughtful storytelling.

The show itself is rather like a peach — fruity and quite sweet. As writer and co-creator Abbi Jacobson said, the original movie “is an iconic queer film, but no one in the film is openly gay and it's not really that clear.” And as it turns out, this conception is very much rooted in historical reality. Maybelle Blair, an actual AAGPBL player who served as a consultant for the show came out as gay at the age of 95 during the show’s press tour and shared about queer life in the League: “Out of 650 [women], I bet you 400 was gay.” The series, then, focuses not only on a team of women fighting to play the sport that they love within a context of misogyny, but also illuminates many of the characters’ particular struggles as queer women amidst rampant homophobia.

The show is thorough in its portrayal of the stigmatization of the BGLTQ community — and this is critical, of course — but, perhaps more importantly, it creates vital space to explore sources of queer joy. Carson, for instance, is able to share a transformative love and relationship with Greta, find a strong (albeit previously invisible to her) community of queer people within Rockford and the League and grow into a renewed sense of identity and self. Max, similarly, explores a new romantic connection with would-be teammate Esther, experiences unconditional friendship with iconic best friend Clance (a true highlight of the series), and reconnects with her previously estranged uncle Bertie — who becomes a source of gentle guidance and support as Max finds her footing within the Black queer community.

It’s no secret that popular media has frequently struggled to provide BGLTQ representation in media at all, let alone queer representation that is not steeped in tragedy and pain. This series, in contrast, delivers on every front: providing a variety of lovable, real queer characters as well as an uninhibited exploration of both their challenges and triumphs. This being said, it is not surprising to learn that the show’s creators — Abbi Jacobson and Will Graham — are both queer.

The story’s exploration of the complexity of queer identity does not stop there, as all of the show’s queer characters do not share the same monolithic experiences. In contrast to the all-white original film, the 2022 “A League of Their Own” series features both Latinx and Black characters in the main cast and explicitly acknowledges the ways in which their racial-ethnic identities influence their experiences as athletes and/or queer women, compared to their white counterparts.

Even from the first episode, for instance, Max’s pro-pitching aspirations are immediately thwarted when she is barred from trying out for the League due to being Black. From that point on, Max and Carson’s stories run parallel to each other: A structural choice that emphasizes the effect that race has on the life outcomes of — and opportunities available to — otherwise extremely similar characters. And while Carson and Max’s paths cross on several occasions, it is also important to note that Max’s storyline is allowed to unfold independently without solely being utilized to further Carson’s character arc.

With recent queer shows like “The Wilds,” “Paper Girls,” and “First Kill” experiencing cancellation by their respective platforms, it is unsurprising that many are concerned for the future of “A League of Their Own.” This is especially true given the review-bombing the show experienced immediately after its release, before fans banded together to outnumber the trolls. This being said, it would be a true loss and disappointment if the series is not allowed to continue what it began, as the bases are loaded for more seasons to follow. It beckons, for instance, for a natural transition into focusing on the next baseball season, a delving into of the personal histories of various supporting characters, and — of course — a continuation of the beloved “Gretson” relationship (also revealing what was in that dang letter that Greta left for Carson!).

Well-made, entertaining, multi-dimensional, funny, inclusive — “A League of Their Own” leaves little to be desired. It is at once pragmatic, but hopeful: Marred by heavy undertones, yet still light and inspiring. It is obvious that the series is suffused with a tremendous amount of research, thought, and — above all – heart, and even with the towering expectations set by the immortal original film, “A League of Their Own” is a home run by any standard.

—Staff writer Julia Hynek can be reached at julia.hynek@thecrimson.com.