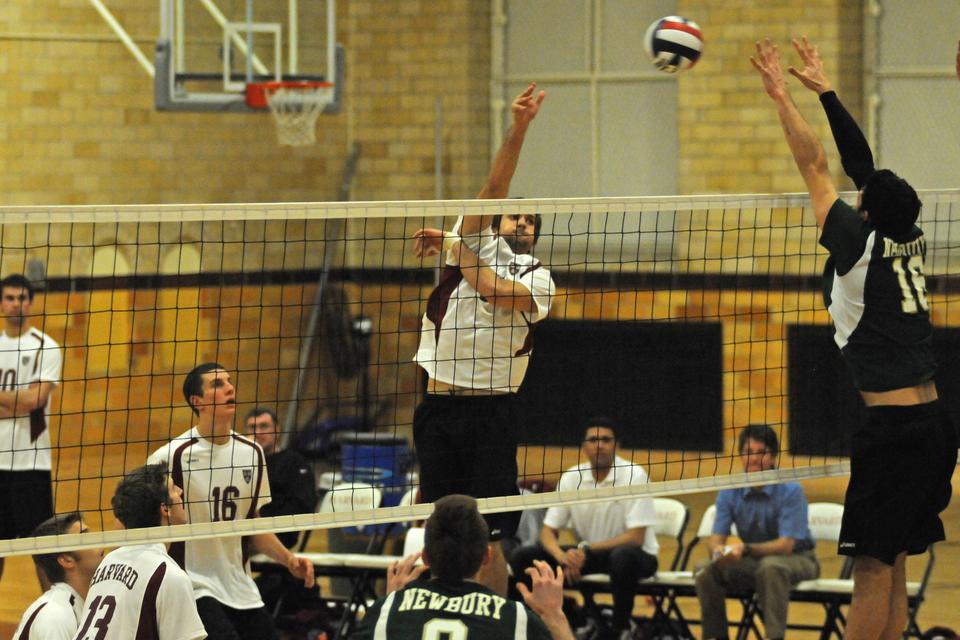 Junior Matt Jones has been on star on the men's volleyball team since his freshman year.
By Alex Sopko, Crimson Staff Writer

As the men’s volleyball team opens its 2011 season with a home match against Newbury tonight at the MAC, the Full Court Press chats with junior co-captain Matt Jones about the wildness of men’s volleyball matches. With Enya and excited fans backing him up, the team’s leading server explains why Princeton should watch out. The California “sex panther” is ready to go.

Stats: The Adams resident started his career at Harvard with 3.07 kills per set his freshman year. Improving his sophomore season, Jones had a team-high 23 service aces last year, as well as 314 kills and 44 blocks, finishing 18th in the nation with 4.13 kills per set.

Bring on the questions!

I don't eat. I like to watch my figure.

Princeton. We haven't beaten them yet in my two years here, but I am hoping to be a part of the first Harvard team to beat them in many years.

5. Most embarrassing moment you've had on the court.

My freshman year, we were playing at George Mason in the playoffs, and my hair was pretty long at the time. Every time you go back to serve in volleyball, it is called "going a full rotation." When I went back to serve the second time, the George Mason student section behind me said, "Hey Matt, have you really gone a whole rotation without getting your haircut?" I, and everyone on the bench who heard, started laughing. I had to give them credit for that one.

Sex panther. Sixty percent of the time, it works all the time.

7. Most ridiculous thing you have heard a fan yell at a game you were playing in.

We played a team at home one time who had a pretty short setter.  One of our fans kept asking him questions about why he was playing so badly but referred to him as Frodo the entire time.

Basketball team. It's been my favorite sport since I was four.

Seeker. Let's be honest, every other position is irrelevant.

Probably a man date with LaDainian Tomlinson.  Growing up a Chargers fan, he is like a god.  Also, he just seems like a really good guy who would be fun to hang out with.