Around the Water Cooler: Speedy Princeton and Perfect Crimson 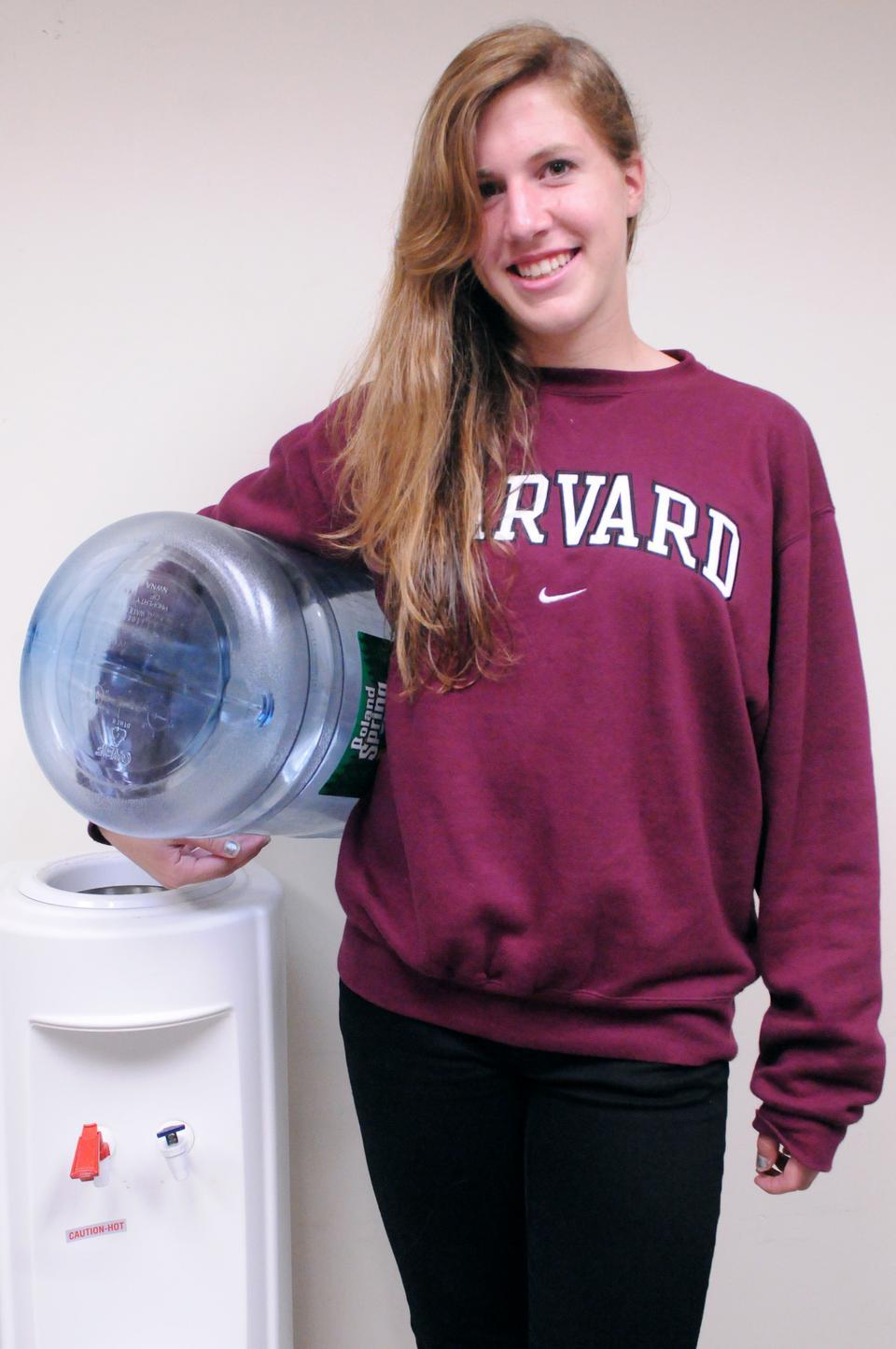 Super Bowl Sunday is always a day of mixed emotions. Naturally, when the Packers took home the title last weekend, some rejoiced, some broke down in tears, and still others conveniently ‘don’t remember’ what happened. For delusional Pats fans like myself still dwelling on games past, it was a pretty disappointing occasion. But not to worry, there’s always next year. Besides, in the far-off land of Ivy League sports, there is a lot to celebrate this week. Harvard and Princeton take home league and national honors, and the Ancient Eight celebrates Black History Month. So join in the party and gather Around the Water Cooler. We all know you’re thirsty.

And we’re off to a quick start—literally. Princeton had an impressive weekend on the track, as the 4x400m relay team of Mike Eddy, Tom Hopkins, Russell Dinkins, and Austin Hollimon set an Ivy League record in the event. The men blazed through the finish line at Penn State’s Sykes/Sabock challenge with a time of 3:09.35, enough to surpass Cornell’s 2008 mark by just under one second.

The Harvard men’s swimming and diving clinched the Ivy League regular season title, earning a perfect 9-0 record, 7-0 in the Ancient Eight.  Coming into the annual H-Y-P meet, both the Crimson and the Tigers had yet to lose a contest. When the Crimson came out on top, Harvard coach Tim Murphy recorded his sixth perfect regular season with the Crimson.

Jordan Culbreath of the Princeton football team earned a different kind of honor last week. Culbreath is one of five national finalists for the 2011 Uplifting Athletes Rare Disease Champion Award. The honor is given each year to one college football player for his enduring influence on the rare disease community. Culbreath was diagnosed with aplastic anemeia during the 2009 football season, one year after being named first team All-Ivy by unanimous vote in 2008. After six months of treatment, he returned to the gridiron and ends his senior season ranked No. 8 in all time rushing yards for the Tigers.

Throughout February, Ivy League student-athletes and coaches will honor Black History Month in a special video series. So far, the series has featured three members of the Harvard athletics community, most recently sophomore lacrosse player Mariel Jenkins.  Crimson coach Tommy Amaker and sophomore forward Kyle Casey of the men’s basketball team were also interviewed for the project. Check out the videos here, and have a happy February!