TV's Fall Lineup: Worth the Hype? 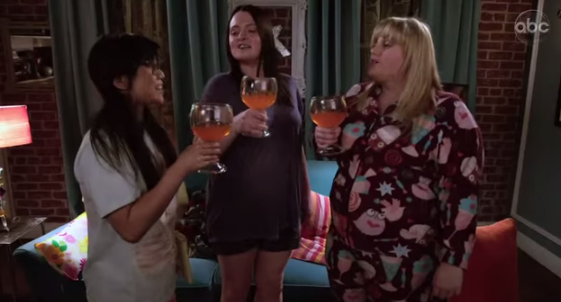 Every fall television networks do the equivalent of throwing spaghetti at the wall to see what sticks by premiering dozens of new shows, hoping at least one of them is a hit that will make them millions in ad revenue. These are four of the most heavily promoted new shows of the fall—and our predictions on whether or not they'll live up to their hype.

The main appeal of FOX's new show “Brooklyn Nine-Nine” seems to be former “SNL” funnyman and “The Lonely Island” member Andy Samberg. Without him “Brooklyn” looks like a subpar zany comedy following a police investigation team that gets shaken up by the arrival of a new police chief played by Andre Braugher. The main saving graces of the trailer include office pranks, jokes about over-ambitious manscaping, and a hilarious cameo from fellow “SNL” alum Fred Armisen. The juxtaposition of Braugher's strict bad-cop style and the hapless antics of the police investigation team promise some chuckles, but it's unclear what will make this show stand out from the increasingly competitive fall lineups.

Fans of “The Avengers” or Joss Whedon in general are sure to love this new TV adaptation of Marvel's S.H.I.E.L.D. characters. "It's not just spy vs. spy anymore," says Agent Coulson in the trailer for the show, "the whole world's in on the action." In a post-Snowden, post “Law and Order,” post-"NCIS” world, the show seems to be saying, reality is just not fantastic enough to be shocking or entertaining anymore. The series’ creator and “Avengers” director Joss Whedon carries through his signature action-hero and high-tech aesthetic to primetime. It's clear that Marvel has not skimped on visual effects to make this show stand up to the visual standard set by the feature film that inspired it.

"Three nerdy female friends decide to have super fun every Friday night." That's one popular description for ABC's upcoming show—wait for it—"Super Fun Night." The show stars Rebel Wilson (“Bridesmaids,” “Pitch Perfect”) as Kimmie, Lauren Ash as Marika, and Liza Lapira as Helen-Alice. It promises to be another slapstick comedy set in New York following a group of 20-something misfits who have trouble living the glamorous lifestyle that TV has promised them always happens in New York. With Wilson’s considerable talents as a comedian, it’s a disappointment that “Super Fun Night” seems relatively brainless and derivative. The show aims to subvert the conventions of the typical “Young People in NYC” premise, but if you're looking for more intellectual substance or ingenuity, keep looking.

Comedy’s legendary wildcard Robin Williams is back—and he's starring in the aptly-titled CBS sitcom “The Crazy Ones.” He plays the part of an ad executive named Simon Roberts who leads a team of—surprise, surprise—comically inept subordinates. The show also stars Sarah Michelle Gellar as Williams' much more competent and high strung daughter, who also works in the advertising agency. The show promises to have plenty of Williams' trademark manic humor and a fair sprinkling of celebrity appearances (the pilot features Kelly Clarkson playing herself with Williams and his team trying to get her to record a jingle for McDonalds). Simon’s desperation is a launching pad for a series of gimmicks, and the show appears to straddle the line between realistic and ridiculous in a way that might actually be funny. It's unclear whether “The Crazy Ones” will be sold to the public with the same flair that its characters try to sell ads to major companies with, but with this cast and premise, it's worth giving it a shot—or, as Williams' character emphasizes in the preview, "leap and the net shall appear."