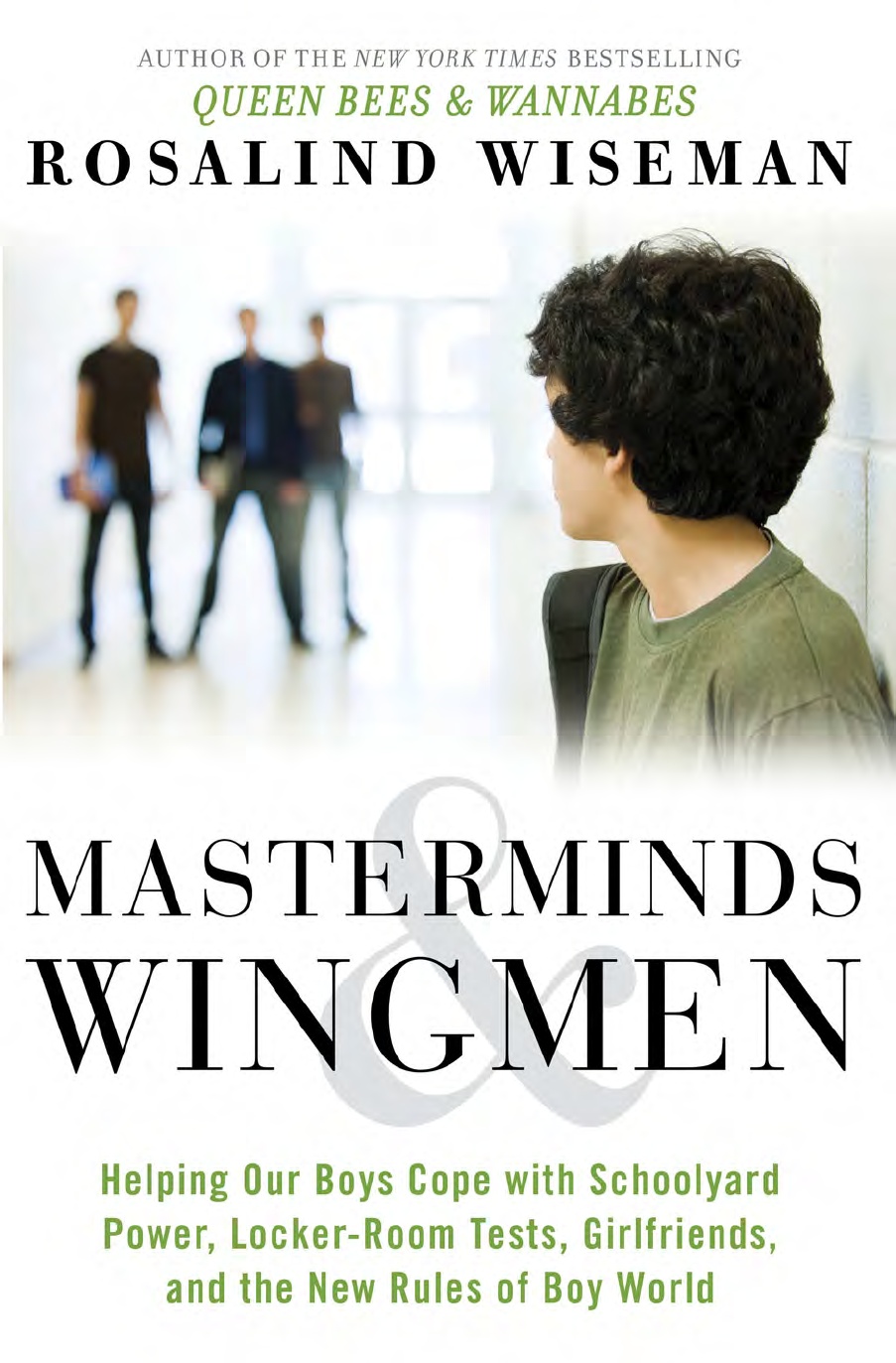 It’s been over a decade since Rosalind Wiseman’s “Queen Bees & Wannabes,” the nonfiction book about female bullying that served as the source material for “Mean Girls,” was released. This month, its male counterpart “Masterminds and Wingmen” hit shelves. In an interview with The Crimson Wiseman talked about the complex concept of “boy world,” the possibility of “Mean Guys” coming to screens sometime soon, and the complications of race and masculinity.

The Harvard Crimson: Do you think “Mean Girls” accurately espouses the ideas you wrote about in “Queen Bees and Wannabes?”

Rosalind Wiseman: Yes and no. First of all, teenage girls are always going to subvert what I do. I remember the first time I saw a horde of teenage girls dressed up like “The Plastics” for Halloween, [and I thought] “Of course. Of course they’re going to do that. They’re certainly not getting the lesson here.” At the same time, it’s awesome because schools around the country use [“Mean Girls”] in their psychology classes and use it for discussions on teenagers, and that’s great. On the other side, girls who try to claim social power looked at “Mean Girls” as verification or reinforcement for why they have power.

THC: Can you talk about “The Guide: Managing Douchebags, Recruiting Wingmen, and Attracting Who You Want,” the companion book to “Masterminds”?

THC: There seems to be a wealth of mainstream movies about “girl world” and girl-to-girl relationships—for example, “Clueless,” “Jawbreaker,” “Heathers,” and of course “Mean Girls”—and every generation seems to have its own. So why do male-centered high school movies focus on guys trying to get girls and not guy-to-guy relationships?

RW: This is something that I am focused on right now because there’s some amount of interest about taking “The Guide” and turning it into a movie. All of these boys movies have been done by men in their 40’s remembering their past (but not really) and not really being in touch with their adolescent selves. And so you get these really stereotypical, simple storylines. They think that all boys care about is eating nachos, drinking beer, and chasing women.

The men I’ve been working with for the [movie] pitch want to be able to do a movie that’s funny and really reflective of the complexity of boys’ friendships. The reason why I’m working with them is because they are so respectful and they acknowledge how weak these types of these movies have been in the past. They want to work with the boys that I’ve worked with [for “Masterminds”]. They want to be able to write a script and give it to them and say, “What do you think? What do we need to change? What makes this not realistic and funny?”

THC: “Masterminds” touches on the issue of racial slurs and some other race-related issues, but is there a reason you didn’t go even more in depth and talk about the stereotypes and pressures on minority boys to act hyper masculine?

RW: Parental anxiety is so high, and my job is to make people uncomfortable but not to the point of shutting down. I’m dealing with a majority of the country (white parents) who would never believe that their children could possibly do what I said are regular occurrences. It’s not that I have to placate them; it’s that I think a lot about how to present information so that people will be able to engage in a meaningful conversation about it. That’s why I chose to include what I did.

I think that based on your question you’re thinking, “There could have been so many more interesting and more in-depth things about hypermasculinity and black culture and black men only being able to express that part of their masculinity.” I think your generation is much closer to their understanding of how class and power and [masculinity] work in our culture. But I know most parents don’t have a clue. What I’m saying to a group of white parents is essentially, “You have an issue with your son sneaking out at night and you’re concerned about the trust between the two of you.”  But for a black young man, when he goes out in sweatpants because he wants to look like he’s ready for bed, if he gets caught sneaking out it’s a whole different set of issues when he’s on the street. I’ve said that to parents in presentations and they are floored. With “The Guide” I was much more straightforward. [Your generation] has the language that I believe most parents wouldn’t have in their minds.

—Staff writer Aaron H. Aceves can be reached at aaron.aceves@thecrimson.com.