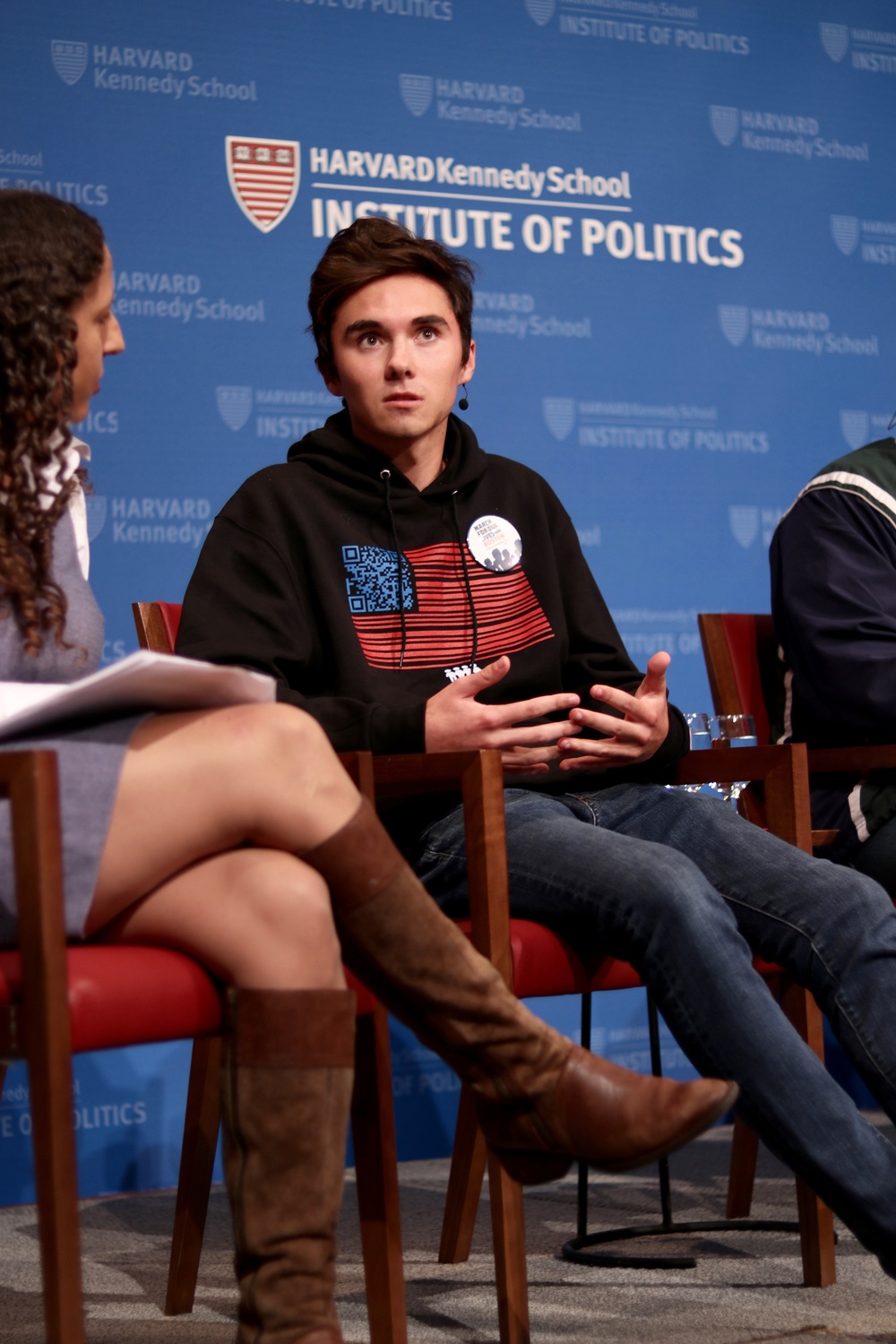 Harvard Votes Challenge — which aims to boost voter turnout among students — hosted a panel of students activists at the Institute of Politics. By Amy Y. Li
By Michelle I. Gao, Crimson Opinion Writer
Michelle I. Gao ’21, a Crimson Editorial editor, lives in Adams House. Her column usually appears on alternate Wednesdays.

That lack of momentousness was weird, because it should be exciting to become a voter — especially a young voter — right now. We might be the key demographic in the 2018 midterms, and it does seem like we are excited. Here at Harvard, “young people have been really excited about this upcoming election,” as one student put it. Around the country, “Young voters [are] energized for midterms,” as a Tufts survey announces. Consequently, “young voters will decide the 2018 elections” and “have the ‘potential to change politics,’” as many headlines maintain.

The caveat being, of course, “if they actually vote.”

Thus, people are trying to make voting even more exciting. Here at the College, the Harvard-Yale Votes Challenge taps into our deepest rivalry because “it would be exciting to challenge each other to increase our voter participation rates.” Elsewhere, the nonprofit Chicago Votes hosted “Give a Shit Weekend” — a bluntly named event designed to “get young people excited about election season.” The most ambitious initiative might be comedian Billy Eichner and comedy website Funny Or Die’s “Glam Up the Midterms” tour — it wants to get young people to think of the elections as the “sexiest event of the year.”

Perhaps the most effective burst of excitement has come from, of all places, Taylor Swift. She broke her long political silence to encourage people to vote, and people actually did. The site to which she linked, vote.org, reported a “massive surge” in registrations of young voters, who make up the majority of her fan demographic.

For all the noise, though, Swift’s actual post was reasonable and uncontroversial. She simply stated whom she was going to vote for and why, but she didn’t compel anyone to vote the same way. To anyone who looked at her Instagram, all she asked you to do was: “educate yourself,” “register,” and “vote based on who most closely represents your values.”

It is funny that this message was the one that broke through. To me, it showed the silliness of us young people waiting for jolts of excitement, like a celebrity endorsement, to spur us to register. Swift added her sheen of celebrity to a mundane act, but she was also highlighting how mundane the act is.

Voting is not very exciting. There may be a few interesting swing districts or states, in which the act of voting for a revolutionary candidate would truly be exciting. But most of us cannot participate in those races. For most of us who live in places that lean one way or another, race outcomes are essentially predetermined, and the act of voting itself does not matter much. I confess that I simply expect the gears of democracy to keep turning, regardless of my own civic participation — elections will be held, voters will vote, losers will give up power, and winners will rise in their place.

This is not to say that voting is stupid — on the contrary. Voting may feel mundane, but that voting can feel mundane is the real privilege. People had to fight for this right hundreds of years ago. Women had to fight just a hundred years ago. It is shortsighted and selfish of us not to vote, holding out for something as fickle as excitement.

So voting is not overhyped, but excitement is. I love that there are so many initiatives trying to get young people excited to vote. I hope that they make the difference in the upcoming midterms. But I worry that they will not address the deeper dysfunction in our civic culture, manifested in consistently low voter participation rates and frantic action taken only after the crises of democracy that we have seen since the last election.

Don’t let us young voters off the hook. Don’t settle for the scenario in which young voters vote just because we think that it will be exciting or sexy. Even if we swing the 2018 midterms, there are deeper problems with our mindsets around voting. Because voting will not always feel exciting, and because voting is not really that exciting — but that is all the more reason we must do it.