If You Want To Go Far, Go Together 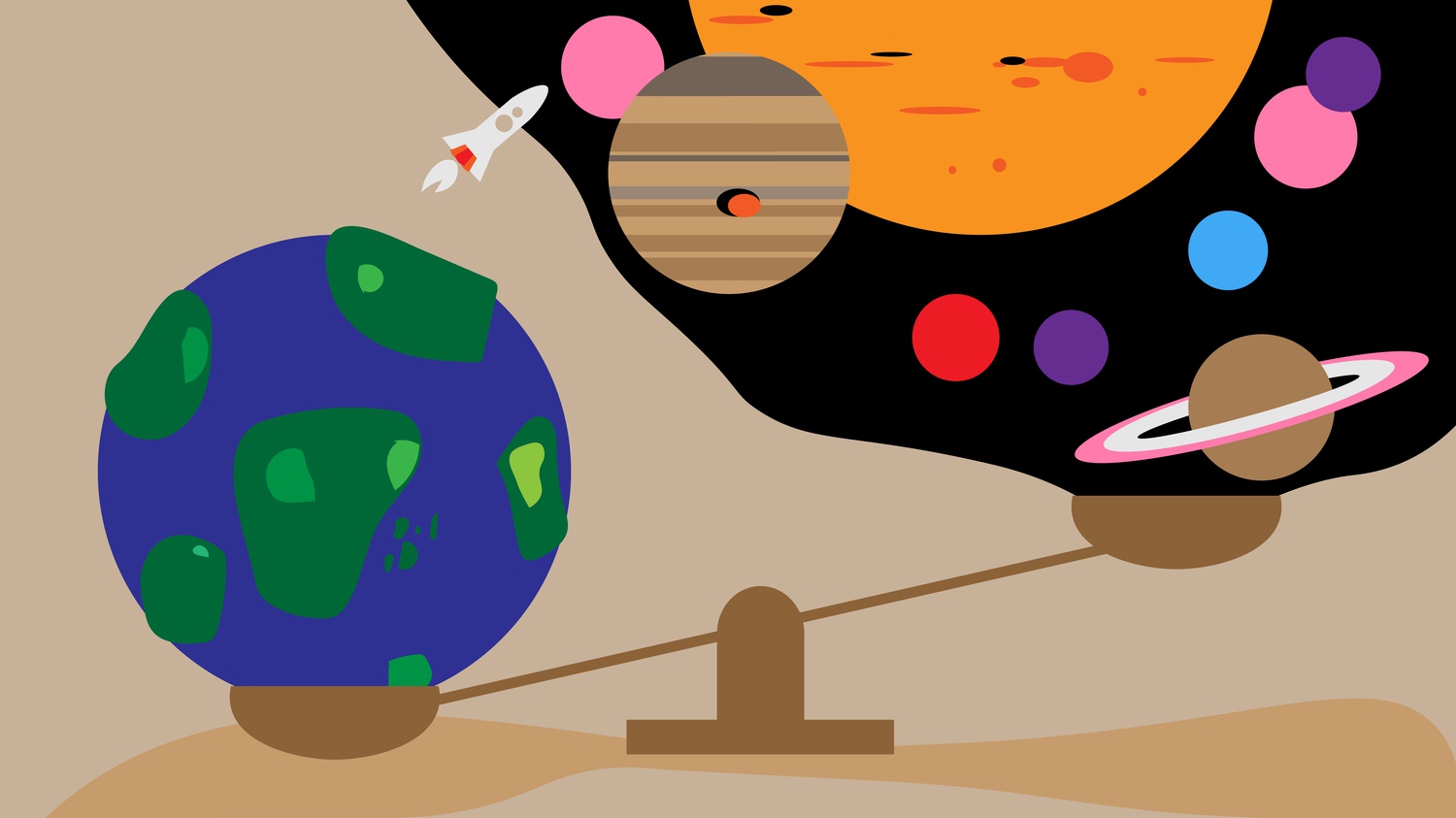 When I visited the Kennedy Space Center, I couldn’t wait to see Launchpad 39A. From that exact spot in Florida, humans first broke free from the Earth’s gravitational pull to visit our neighbor, the Moon. Besides the Apollo program, 39A was used as the launchpad for dozens of space shuttle missions. I believed that standing in such a historic location would make me feel closer to space without ever needing to leave Earth.

So, I was shocked to find that Launchpad 39A had been leased to SpaceX and completely remodeled. While nothing could erase the significance of the location itself, SpaceX’s logo undermined the many groundbreaking NASA missions that had been conducted there. At risk of sounding melodramatic, it felt like something sacred had been violated.

This experience speaks to a broader trend that has characterized modern space travel. For most of the 20th century, getting anything into space was only feasible for massive government agencies funded by billions of taxpayer dollars. But now, as the required technologies have gotten cheaper and corporations have gotten larger, private companies have been able to play a far more central role in spaceflight.

Is this expansion of private control over space travel something we should worry about?

Yes and no. For one thing, private companies are free from much of the “red tape” that is characteristic of government agencies, so they can often get things done quicker. To space enthusiasts who are disappointed by NASA’s depressingly slow progress over the past 50 years, that speed can be exciting.

But speed can also lead to recklessness. Without the oversight and accountability of a taxpayer-funded agency, private companies are able to brazenly move forward in the pursuit of profits without regard for the public good.

Elon Musk has said that the rocket business is “an extraordinarily difficult place to make money” — he even warned potential investors that “maximizing profitability is absolutely not something I care about [...] so don’t complain later that I’m not maximizing profitability.” This sounds refreshing, at first. A private company that doesn’t care about profits — how noble! But, if we believe Elon that making money through rockets is difficult, then private companies may have to cut corners just to stay afloat. And, in spaceflight, cutting corners can have deadly consequences.

So, given the obvious shortcomings of private space companies, should we dream of a return to the era of government-led spaceflight?

I think that would be a mistake. Yes, NASA does have stricter oversight, better safety parameters, and decades of experience. But it’s also plagued by tremendous administrative issues.

For one, NASA’s budget as a percentage of federal spending has been in an overall decline for decades, which has severely restricted its performance. But, occasionally, NASA’s budget does increase. President Donald Trump’s most recent budget proposal included a 12 percent raise to NASA’s budget (and massive cuts to social welfare programs). It’s certainly no coincidence that the Trump administration’s mandate for NASA centers around a manned Moon mission in 2024 — the last year of Trump’s presidency, should he win re-election.

This type of political gambit is not unique to Trump; historically, each new administration has changed NASA’s targets to align with the political goals of the person in power. This has caused NASA to operate on four or eight year intervals, constantly switching its focus to carry out the new mandate set by the president. This short-term thinking is a formula for disaster, given that space missions require decades of planning.

So, when viewed separately, private spaceflight companies and public space agencies each have major shortcomings. But the path to successful spaceflight lies in collaboration.

NASA can give private space companies what they desperately need: research on safety and efficiency, the massive infrastructure required to transport and launch rockets, and valuable oversight to make sure everything goes according to plan. NASA has been in the spaceflight game for decades, so newcomers like SpaceX and Blue Origin would be wise to learn from them.

On the other side, private companies can innovate — and, since they have less bureaucracy, they can implement their ideas faster than an agency like NASA. In return for their contributions, they can receive massive government contracts, which they’ll likely need to stay afloat.

NASA has caught on to the fact that public-private cooperation is essential for the future of space exploration. Over the past decade, the Kennedy Space Center has transitioned toward becoming a “multi-user spaceport” that facilitates launches by numerous private companies. NASA’s decision to lease Launchpad 39A to SpaceX was one step in that process.

I shouldn’t have judged that decision so quickly. Many of those involved in space travel often describe how they are thrilled to be part of the process of exploration — a process that will continue after they die. If you had asked Neil Armstrong, he probably would’ve said that the worst-case scenario for a launchpad is for it to fall into disuse.

So, I’m ultimately glad that SpaceX is getting some use out of Launchpad 39A. I look forward to seeing what private companies and NASA can do together.

Daniel L. Leonard ’21, a Crimson editorial editor, is a joint History of Science and Philosophy concentrator in Winthrop House. His column appears on alternate Mondays.