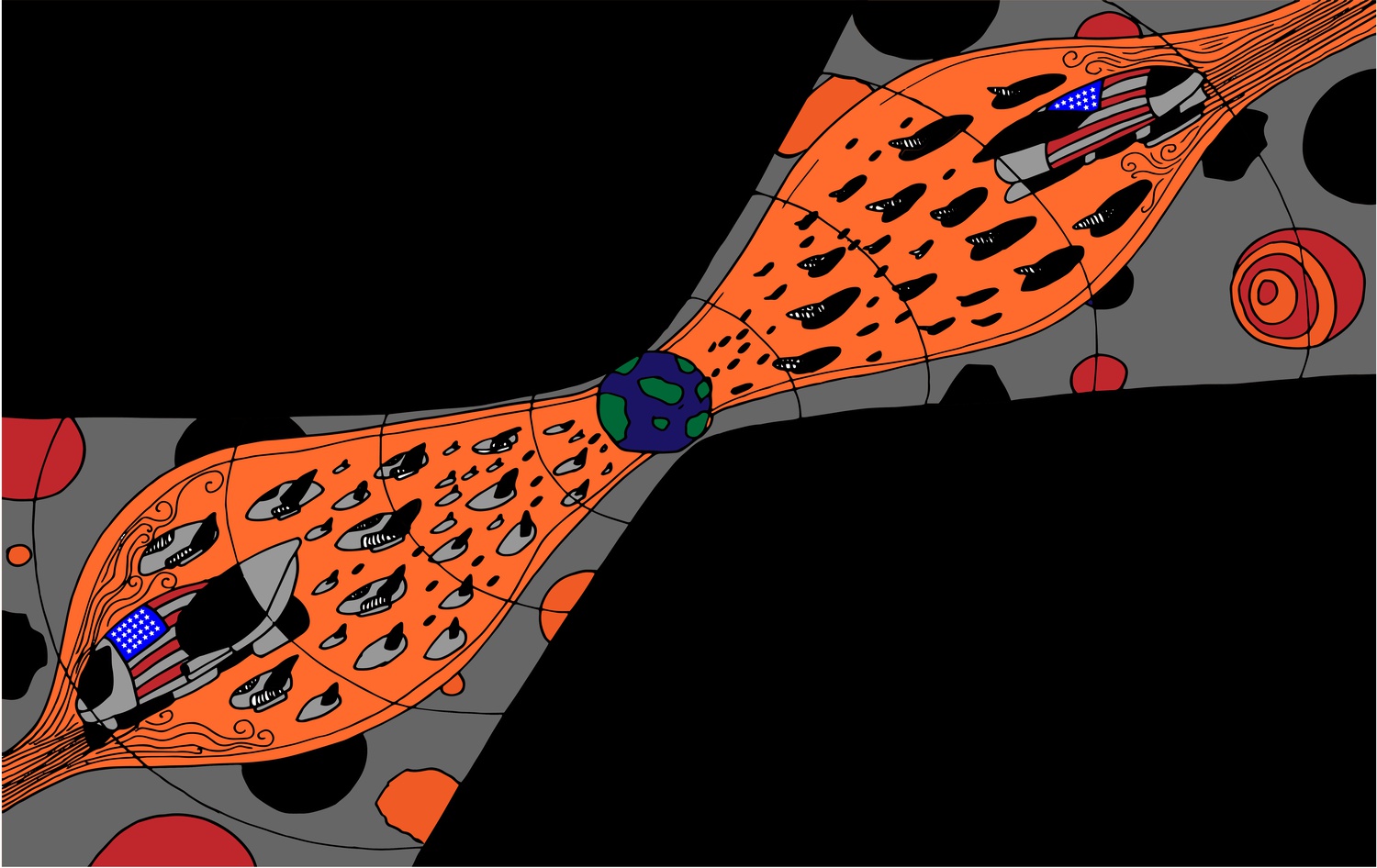 As we collectively reel from the devastating impact of coronavirus — an impact made far worse by the Trump administration’s inept response — I figured now would be a great time to revisit another of this administration’s forgotten blunders.

On December 20, 2019, the Trump administration inaugurated the United States Space Force as the sixth branch of the U.S. Armed Forces, with the mission to organize, train, and equip space forces “in order to protect U.S. and allied interests in space.” However, this was no giant leap for mankind. All the administration did was rename the Air Force Space Command (which has existed since 1982) the “United States Space Force,” and designate this new group as its own, independent branch of the military.

Trump’s decision to create the Space Force was met by most people with lighthearted derision. Folks on Twitter lampooned the decision to use Earth-tone camouflage for the official Space Force uniform, as well as the similarities between the Space Force’s logo and the insignia of Star Trek’s Starfleet Command. Steve Carell is even working on a comedic “Space Force” series for Netflix.

But, for all the fun we can have at the Space Force’s expense, it’s important to recognize that its creation was a truly bad idea, for a number of reasons.

First, it’s redundant. As I explained, the Air Force Space Command already existed as a military group responsible for protecting U.S. interests in space. Why do we need a completely new branch to serve this purpose? The answer is that we don’t, especially not at this time, when the threat to our space interests (namely, our satellites) is negligible. The creation of the Space Force will only lead to more bureaucracy within the military and a high financial burden that will likely be shifted onto the taxpayers.

If we do care about our extraterrestrial interests, it might sound like a good idea to create a branch with an exclusive focus on space. But, in reality, this will simply lead to less cohesion among the military. The branches of the Armed Forces are notoriously competitive; this has been especially true when it comes to outer space. When the “space race” with the Soviet Union first began, the Army and the Navy competed — rather than collaborated — to achieve space feats, such as being the first to launch an American satellite into orbit.

It was later decided that NASA would be in charge of all civilian projects in space, while the Air Force would handle military operations in that realm. It’s highly unlikely that the Air Force is ready to step back and relinquish control over space operations to the newly-formed Space Force. Besides, where does “Air” end and “Space” begin? With scientists unable to agree on a satisfactory answer to this question, military officials from each branch will certainly use the ambiguity to compete for the greatest jurisdiction possible.

Finally, the creation of the Space Force sets a dangerous precedent — that space should be thought of as a military zone to be “dominated.” We saw this concept begin to play out during the Cold War — but, luckily, a series of treaties were able to restrict the militarization of space. This included the broadly-supported Outer Space Treaty of 1967, which (among other things) prevented nuclear weapons from ever being sent into orbit.

A return to the era of the militarization of space is a bad idea. As some scientists have warned, the creation of the Space Force could inspire other countries “to focus on the development of space weaponry.” And space weaponry — even the non-nuclear kind — can be highly deadly. Take, for example, a kinetic bombardment system like the Air Force’s Project Thor; this hypothetical weapon system, also called “Rods from the Gods,” would drop massive tungsten rods on Earth targets, creating an impact on par with a nuclear weapon.

And even a small-scale battle in orbit could have devastating effects. Scientists warn of the “Kessler syndrome,” a possible scenario in which a chain reaction of colliding space debris creates a cloud of tiny junk flying around the Earth. This would likely destroy our satellites, as well as our chances to send anything else into space for decades.

But, alas, the Space Force has been created — an action that will be very difficult for any future president to reverse. And I suppose it was only a matter of time before we’d have a branch of the military dedicated to space, since space is becoming a bigger priority as the century progresses. It was an unfortunate inevitability that world governments would begin to see outer space as a domain of warfare akin to land, sea, and air.

So, if the Space Force is here to stay, I (naively) hope that it will serve one purpose, and one purpose only: preserving peace in outer space. And I’m not referring to the American vision of “peace” that means “peace over here through war over there,” but a genuine peace for all parties involved. Because, if space does become the next realm of warfare, then we’re all equally screwed.

Daniel L. Leonard ’21, a Crimson Editorial editor, is a joint History of Science and Philosophy concentrator in Winthrop House. His column appears on alternate Mondays.