One Giant Beep for Mankind 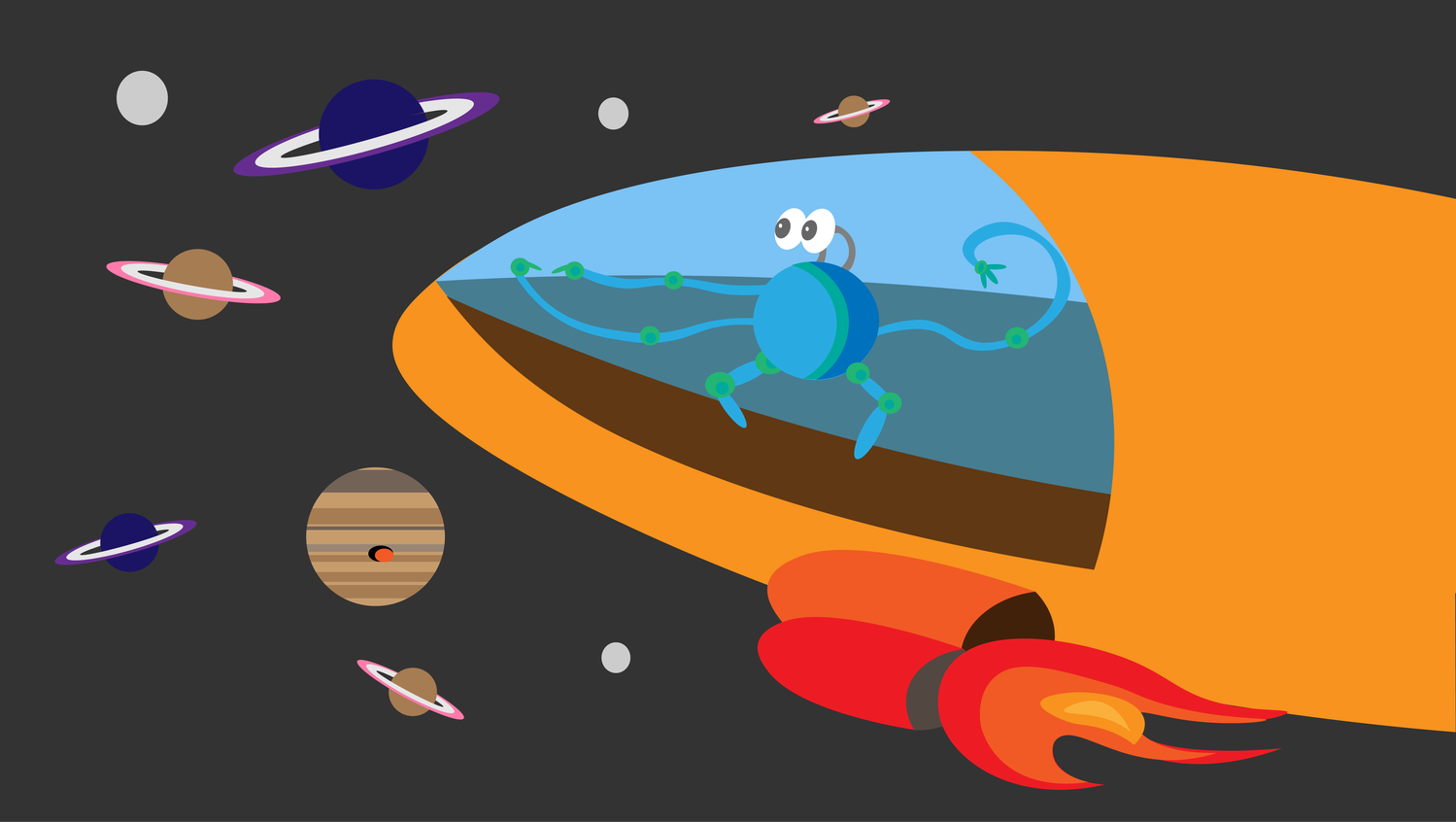 What was the most important event in the history of space exploration?

I’m willing to bet my life savings that most of you chose Apollo 11 — or, more specifically, the exact moment in 1969 when Neil Armstrong placed his left foot on the surface of the Moon. But, of all the breakthroughs in space science over the past century, why pick that particular leap? Why not, say, the moment in 1959 that the Soviet Luna 2 probe became the first man-made object to ever touch another celestial body?

We attach a special significance to a human’s warm, fleshy feet touching down on another world, rather than the cold aluminum of a robotic explorer. Many space enthusiasts can’t wait for us to “get to Mars” — ignoring the fact that probes and rovers have been rolling around the Red Planet for decades. We naturally want to see our own likeness exploring the depths of space; for most of us, robots just don’t cut it.

But a human-centric mindset for space exploration is flawed. While I share the desire to see humans ultimately set foot on other planets, we must accept the reality that unmanned exploration is safer, cheaper, and more effective overall. If we want to advance science and satisfy our curiosity, robots are the way to go.

Space exploration has long been understood as a dangerous endeavor. The Challenger and Columbia Space Shuttle disasters gave humanity a grim reminder that small mistakes can have heartbreaking consequences. In fact, it has been estimated that our human space programs have resulted in “well past 150” deaths overall. Even if space technology gets safer over time, we can never be prepared for every potential accident. So, as long as manned space missions continue, some percent of those involved will die.

Sending robots to do our dirty work would drastically reduce the threat to human life. Well-built machines can handle conditions that would be fatal to a human — and, even if a terrible accident rips our robo-friend into pieces, we need not mourn for very long. (If we ever develop a sentient A.I. like HAL 9000, we’ll likely have an obligation to protect its life, but those days are far off.)

Unmanned space exploration would not only save lives, but money as well. Much of the time and expense that goes into building spacecraft is dedicated to making each craft as safe as possible for human passengers. Unmanned missions don’t have these same concerns. Without the need to invest in life-support systems (or the fuel to launch those heavy systems into space), robotic missions are far cheaper on average. The Curiosity rover has cost NASA about 2.5 billion dollars, and the next rover mission will carry a similar price tag; on the other hand, estimates on the cost of a human Mars program range from 100 billion to 1 trillion dollars.

Of course, there are some activities that humans do better than robots. Even the smartest probe has difficulty distinguishing between a geologically-useful sample and a relatively useless one; well-trained astronauts can do this with ease. Similarly, Mars rovers are quite slow, taking a day to perform a task that a human could complete in “less than a minute.” For now, humans remain much more skilled at carrying out science than our robot companions.

At the same time, certain tasks can only be accomplished via unmanned missions. Take, for example, Breakthrough Starshot, an initiative announced in 2016 which seeks to explore and photograph the Alpha Centauri star system with tiny spacecraft traveling at 20 percent the speed of light. At this speed, the spacecraft can reach Alpha Centauri — our nearest star — in about 20 years.

A human mission will never be able to travel anywhere near this fast. As the laws of physics indicate, only low-mass objects can be accelerated to a significant fraction of the speed of light. Tiny probes satisfy this condition, but manned rockets are notoriously massive; each rocket must carry a variety of systems to keep its fragile human passengers alive. Unless modern physics is mistaken (which is always a possibility), it would take many many centuries for a human mission to ever reach another star system. So, if we ever want to get an up-close look at distant stars and planets, we will need to send robots.

Of course, I would be remiss if I ignored the ideological benefits of human space exploration. Humans feel a sense of collective pride when we see a member of our species set foot on another celestial body. This pride is one of the primary factors motivating space exploration (whether we admit it or not), and robots will never be able to satisfy it. Furthermore, in recent decades, human space missions have played a major role in fostering international collaboration; it is unlikely that unmanned missions can have the same unifying effect.

So, I certainly encourage space agencies to keep up their human programs. But, like it or not, humans will need to play a backseat role to machines in the coming decades of space exploration. If we want to advance science as safely, cheaply, and efficiently as possible, it’s time that we welcome our new robot overlords.

Daniel L. Leonard ’21, a Crimson Editorial editor, is a joint History of Science and Philosophy concentrator in Winthrop House.