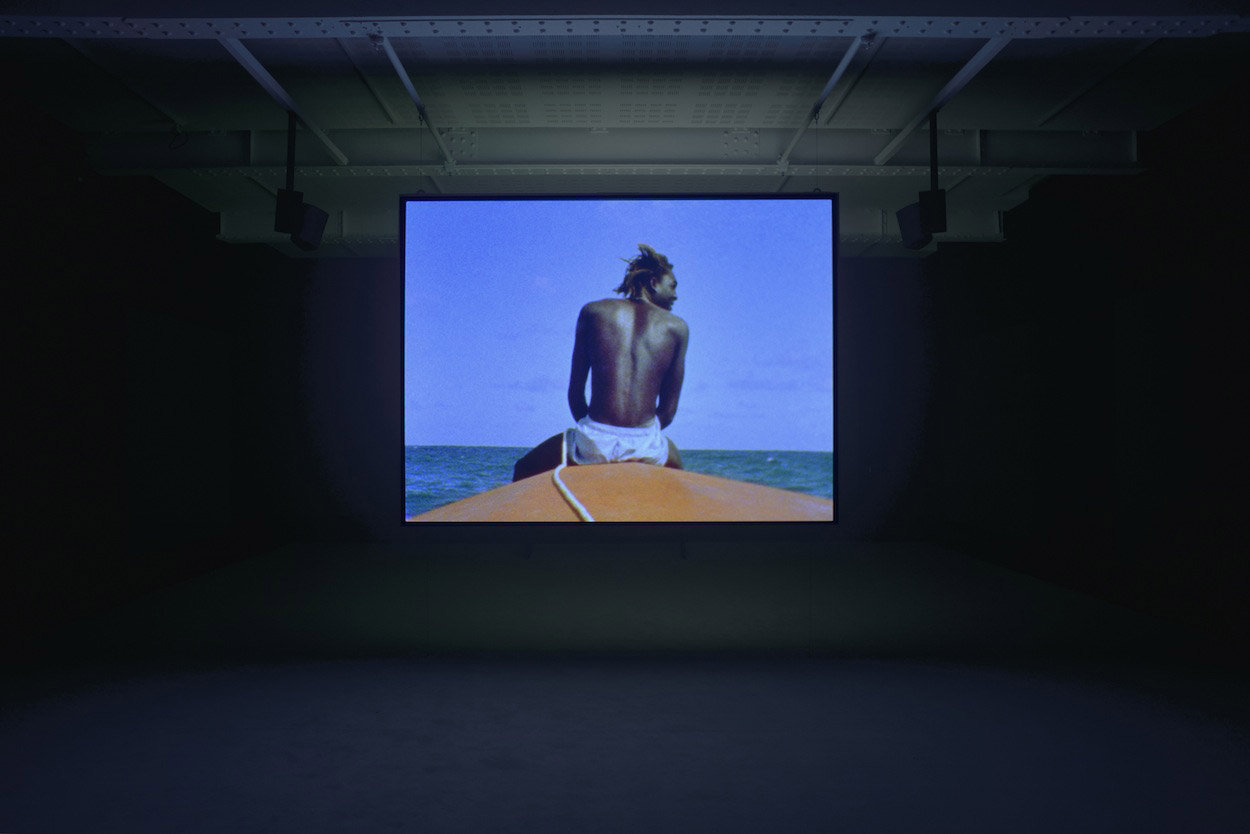 By Courtesy of Steve McQueen
By Elodie A. Saint-Louis, Crimson Staff Writer

This past November, the Institute of Contemporary Art in Boston hosted a conversation with artist Steve McQueen in conjunction with “Ashes,” a video installation featured in the 2015 Venice Biennale and that had its U.S. début at the museum. By the time I arrived, exactly 17 minutes ahead of Harvard time, it was too late for me to secure a seat inside the theater. The alternative was the video livestream set up in the lobby, where a a small cluster of rather uncomfortable-looking chairs faced a large HD-television. I cleared a spot for myself on the concrete floor.

McQueen spent his formative years at premiere artistic institutions, and then entered commercial filmmaking, receiving critical acclaim in both fields. He holds an Academy Award for Best Picture—the first given to a black filmmaker—and won the Turner Prize in 1999.

Lectures and hosted conversations with artists, especially artists one admires, can be tricky territory. Not everyone can—or is willing to—be concise and articulate about their work. Some artists stray too far into abstraction, or fail to offer substantial details on their own process of artmaking. Dialogues can be stilted or exclusionary, and rambly, half-formed questions from audience members can be cringeworthy. Sometimes there is the feeling that we demand too much. Isn’t art all the more arresting when we let it speak for itself?

I saw “Ashes,” still on view now, for the first time this spring. I walked right into it without realizing who had made it and for what purpose.The room is cavernous, set up with a large screen in the middle and two benches for seating on each side. On the left portion of the screen is the title’s namesake, a virile and beautiful fisherman who moves into an ever-expanding horizon, occasionally glancing back at the viewer. On the other side—transporting us years into the future—is the painstaking making of his grave. The two sides continuously bound and transform each other.

Because of its vibrant tactility, I lingered longest in front of the left side. Ashes’ back is warm, gleaming and brown in a way that feels like kin. The creamsicle-orange edge of the boat that supports him still lingers in my mind. Then: the cream rope and shell around his neck, the muscular feet, the shock of blonde hair. And because he is a black body—a black body half-naked—his figure speaks not only to his own presence but to that of many others, both dead and alive, along with the various mythologies and gazes that inform our understanding of them. And he is beautiful.

Each time I see a black body in a work of art I think of what it carries—death, violence, transgression. I am never sure if this notion—that the black body exists as symbol, a thing to be read into, fragmented, figured—is warranted. Often, whiteness is the standard of measurement, presumed to be equally constructed as all forms of Otherness, but rarely ever dissected with the same frequency. I, above all else, value and aspire to joy and possibility. Thankfully, I also find this everywhere. I see it in the music of Sun-Ra, in the hieroglyphic imaginings of Afro-futurism, in Solange Knowles’ precise and graceful gestures on stage, and the monochromatic color schemes she and her dancers wear as the uniform of both now and forever.

Is black art just an ever-shifting pendulum swing between pessimism and possibility? In “How to See A Work of Art in Total Darkness,” cultural studies and art scholar Darby English writes, “Black art is never the obvious or inevitable result of a black artist’s creative labor. It is rather a regime whose sharp redress is sometimes required for meaningful aesthetic and intellectual advancement.” The idea of the “obvious” or “inevitable” is a prevailing throughline in how we interpret and discuss art by black people. Yet English prompts us to remember that its meaning should be contextualized and never taken for granted. The so-called definitive “black experience” is always being negotiated, and engages with many entangled systems of interpretation and representation—black and white, modern and post-modern.

That day in November, two American curators inquired into Steve McQueen’s relationship to the politics of representation. One was black, the other was not. With an impulse that was frustrating but admittedly familiar to me, the black critic’s questions would often pivot back to the art in conjunction to its supposed blackness, sometimes projecting the critic’s own experiences as a black American onto McQueen. Each time McQueen would insist on the importance of specificity, in regards to both the contexts that shaped him and his artistic practice. McQueen currently works and lives in the Netherlands, but grew up in the United Kingdom and has familial roots in Grenada, Trinidad, and the United States. He made reference to his personal history, expressing a definitively diasporic point of view and prioritizing individuality and contradiction.

Ashes is someone we are able to miss and mourn precisely because he is a person, a presence both solid and ephemeral, and perhaps like all black life, precarious. He is not a mere symbol, because McQueen created the installation with the weighty purpose of giving dignity to another human’s life. All other profound inquiries—the homoeroticism in the camera’s gaze, the reference to economic and social structures that resulted in Ashes’ death—arise naturally due to the attentive, artful recording of his bodily presence.

Pivoting towards the universal and human is not necessarily a cop-out. James Baldwin writes, “the whole root of our trouble, the human trouble, is that we will sacrifice all the beauty of our lives, will imprison ourselves in totems, taboos, crosses, blood sacrifices, temples, mosques, races, armies, flags, nations, in order to deny the fact of death, the only fact we have.” We are all bounded and responsible, part of systems both large and small. “Ashes” reminds us of the contradictions we continuously move through, and leaves us with the weight of what may soon be absent.

—Staff writer Elodie A. Saint-Louis' column, "In Total Darkness," is about black contemporary art in the Cambridge and Boston area.