How Does Harvard Respond to Literature Involving Rape? 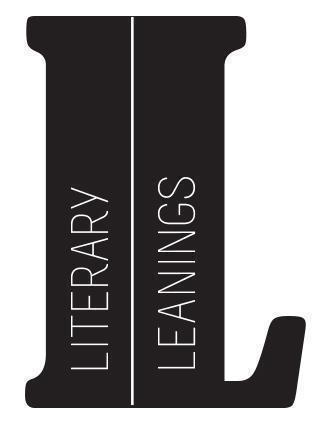 Several of our canon’s most prized works of literature are about rape. I struggled with that fact in two humanities courses this semester as I delved into Ovid’s ancient collection “Metamorphoses” and W.B. Yeats’s 1923 poem “Leda and the Swan.” “Metamorphoses” features one mythological female after the next enduring or evading rape, while “Leda and the Swan” graphically describes the Greek god Zeus raping a woman while disguised as a swan. Both works are gorgeously composed and offer much more, of course, than rape-centric plots. But in my professors’ and classmates’ eagerness to discuss the intellectual genius behind these texts, the topic of rape has been avoided or glazed over without the care the subject necessitates.

I’m troubled by this casual treatment of rape for two reasons.

The first is obvious: any student sitting around the table could have experienced sexual violence. Brushing over the issue of rape in literature to discuss Yeats’s sonnet composition or Ovid’s layered narrative shows indifference to the experiences and emotions of these students. While literature courses should certainly focus on literary topics, students shouldn’t be made to feel that scholarship excludes or trivializes an issue that already breeds on invisibility.

The second reason I’m bothered is that I fear the same attitude driving these academic conversations (an attitude that devalues the importance and validity of rape) also drives the minimization of rape in our culture.

The parallels aren’t hard to draw. Questioning the presence of rape in “Leda and the Swan” (in class we learned that Leda’s rape might truly be seduction) sounds eerily at home with the skepticism that rape victims face every day. How many times do we hear rape victims’ allegations questioned by lawyers, judges, even policemen? Likewise, claiming that rape isn’t the core issue in “Leda and the Swan” (the heart of the poem, we learn, is the fall of Troy) echoes much scarier claims about the role of rape in current events. The same evasive logic tells us that the Steubenville case is about the dangers of alcohol and the ruination of two young men—not, as it happens, rape. Perhaps worst of all, conventionalizing rape in Ovid’s book (the males “can’t control themselves,” students say) feeds into the harmful perception that rape is an inevitable crime.

One of the touchstones of humanities at Harvard is the development of students’ critical thinking skills. Undergraduates are encouraged to look at the world with the same acuity they use to analyze literature. The English Department even names “ethical deliberation” as a key component of its concentration. But what kind of ethical deliberation do these discussions of rape impart to students? It pains me to think that Harvard courses could foster the same mindset of skepticism and judgment that still pervades real-life rape culture. Because I want this pattern to change, I’ve thought hard about approaches that professors could adopt to create a more aware classroom environment.

My first suggestion to professors is to start class with a disclaimer. Let your students know upfront that you will be discussing a text involving rape. Encourage students to speak their minds, but ask them to participate with awareness and sensitivity. You can explain how your scholarly approach contends with the presence of rape in the text, and you can invite your students to office hours if they have concerns.

In a similar vein, my second suggestion is to save 10 minutes of class to talk about the relationship between the text and modern views on rape. There are many secondary sources—essays on gender theory or historical documents—that examine relevant issues: How does our present-day attitude toward rape affect the way we respond to the text? How is it reductive or illuminating to characterize the text by its representation of rape? How should historical perceptions of rape inform our understanding of the text?

My final suggestion to Humanities faculty is to consider offering a course on the issue of rape and literature. I know that the Women, Gender, and Sexuality Department already addresses these concerns, but I think such a course could also find a home in Classics, English, Literature, and History & Literature. A fascinating syllabus could be written on the contention that mythological rape might inform 21st century rape culture. Better yet, this type of course would promote candid reflection on academic attitudes toward rape.

I’m fully confident that Harvard can make simple changes to reshape the way that rape is discussed in Humanities courses. We’ve successfully overcome similar hurdles in the past. Our courses offer well-informed readings of literature with racist undertones, and we have developed thoughtful methods for discussing post-colonialism, anti-Semitism, classism, even sexism—but not, it seems, sexual violence. Rape should be included in the ranks of literary complexities most deserving of attention. I know that Harvard is capable of doing better, and now is the time to start.

—Columnist Stephanie L. Newman can be reached at stephanienewman@college.harvard.edu.