The Women in the Kitchens 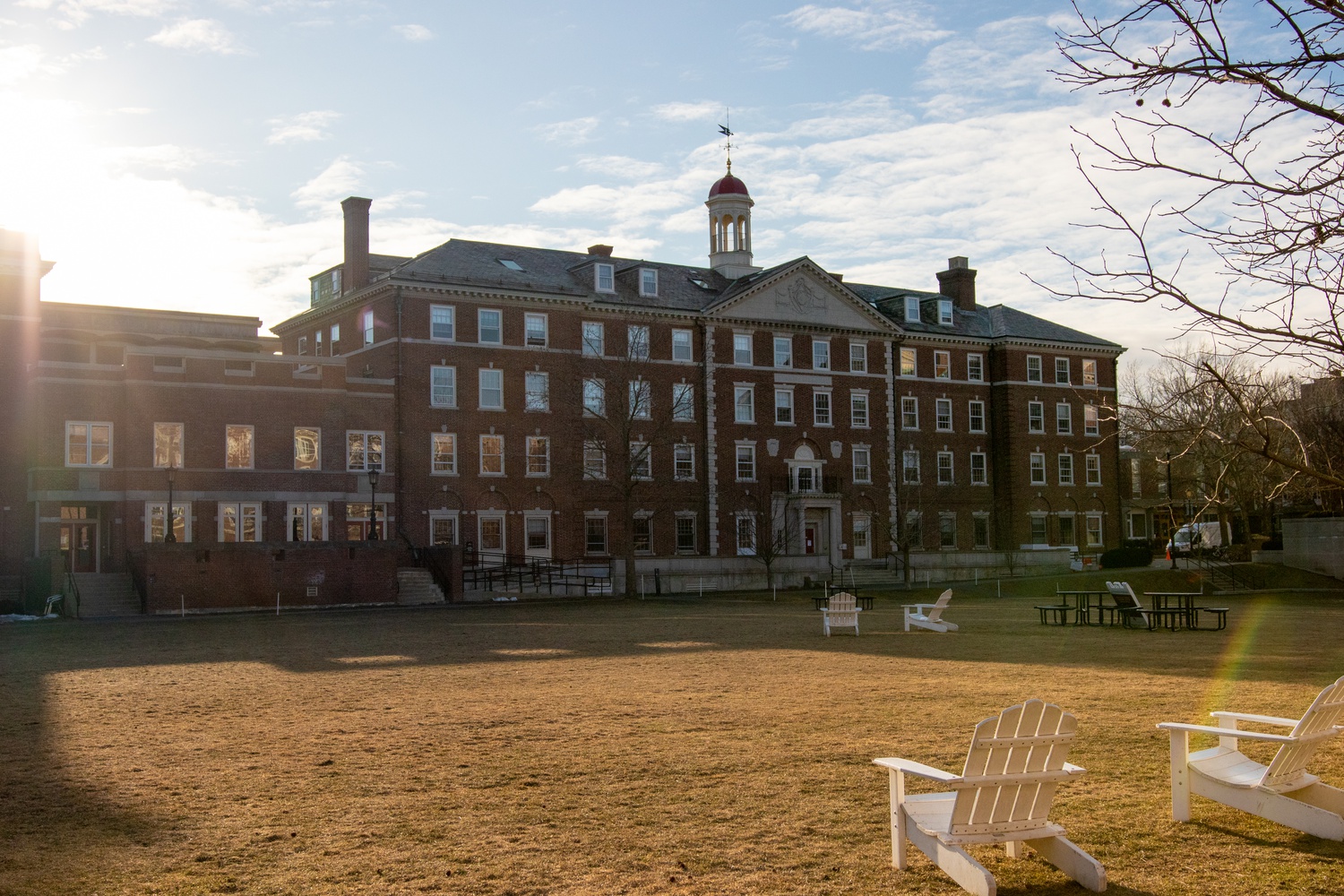 The status of women at Harvard has come a long way since 1869, when University President Charles W. Eliot said in his inaugural address that “the Corporation will not receive women as students into the College proper, nor into any school whose discipline requires residence near the school.”

Radcliffe College for women officially became a chartered institution in 1894 with Elizabeth Cary Aggasiz as the College’s first president. Though Radcliffe’s admissions requirements were “identical with those for admission to Harvard College,” the women at Radcliffe still had many unstated admissions requirements, such as the need to be a proper lady: the implicit demand that they understand their lack of power and privilege in comparison to the men at Harvard. In other words, the Radcliffe women had to know their place. As Caroline Light, senior lecturer and director of undergraduate studies in Women, Gender, and Sexuality, described in an interview, “alongside the pedagogy that the women were getting in the classroom, there was the pedagogy that is social and cultural, that is about ‘what does it mean to be a good woman, an educated woman?’”

Though Radcliffe attempted to give women the education that they were not permitted at Harvard College, many components of Radcliffe — including the tension between Radcliffe and Harvard itself — still reinforced gendered oppression. Even the physical location and space of Radcliffe demonstrated this power imbalance, with the buildings of Radcliffe distant from that of Harvard’s, for fear that the men and women would interact improperly; in President Eliot’s same inaugural address, he said, “the difficulties involved in a common residence of hundreds of young men and women of immature character and marriageable age are very grave.”

Spaces inside Radcliffe also seem to reflect gendered assumptions of the time: Notably, the dorms of the Radcliffe Quadrangle (termed “The Quad” colloquially) seem to have disproportionately more kitchens than the male-occupied River Houses.

Historically, women have been relegated to the kitchen, with society — and famously, advertisements — telling them that their happiness or unhappiness in marriage, childcare, and life, in general, originated from the kitchen. It's especially curious that Radcliffe — the women’s college — had kitchens, and so many more than the River Houses at that. Radcliffe’s cooperative housing, the Jordan co-ops — now a part of Pforzheimer House — were notable for their student-run kitchens. However, these physical spaces may once have been sites of gendered expectations, particularly the expectation that women must be trained to be good facilitators of domestic bliss, first and foremost. As the Radcliffe College Report of the President 1961-1964 described, the co-ops — where “each student prepares her own breakfast and lunch” and “a team of two is responsible for cooking dinner each evening” — can be where “Harvard men appreciate the home-like atmosphere and non-institutional cooking” of the women. This rhetoric reinforces the gendered stereotype that a model Radcliffe woman must be one who can also please her male counterpart, particularly through cooking.

Currier House, another Quad House, opened in 1970 and boasts 52 kitchens. Curiously, Currier was built many years after the first Radcliffe residences were completed in 1937; perhaps the numerous kitchens in Currier were a response to the second-wave feminism in the 1960s. 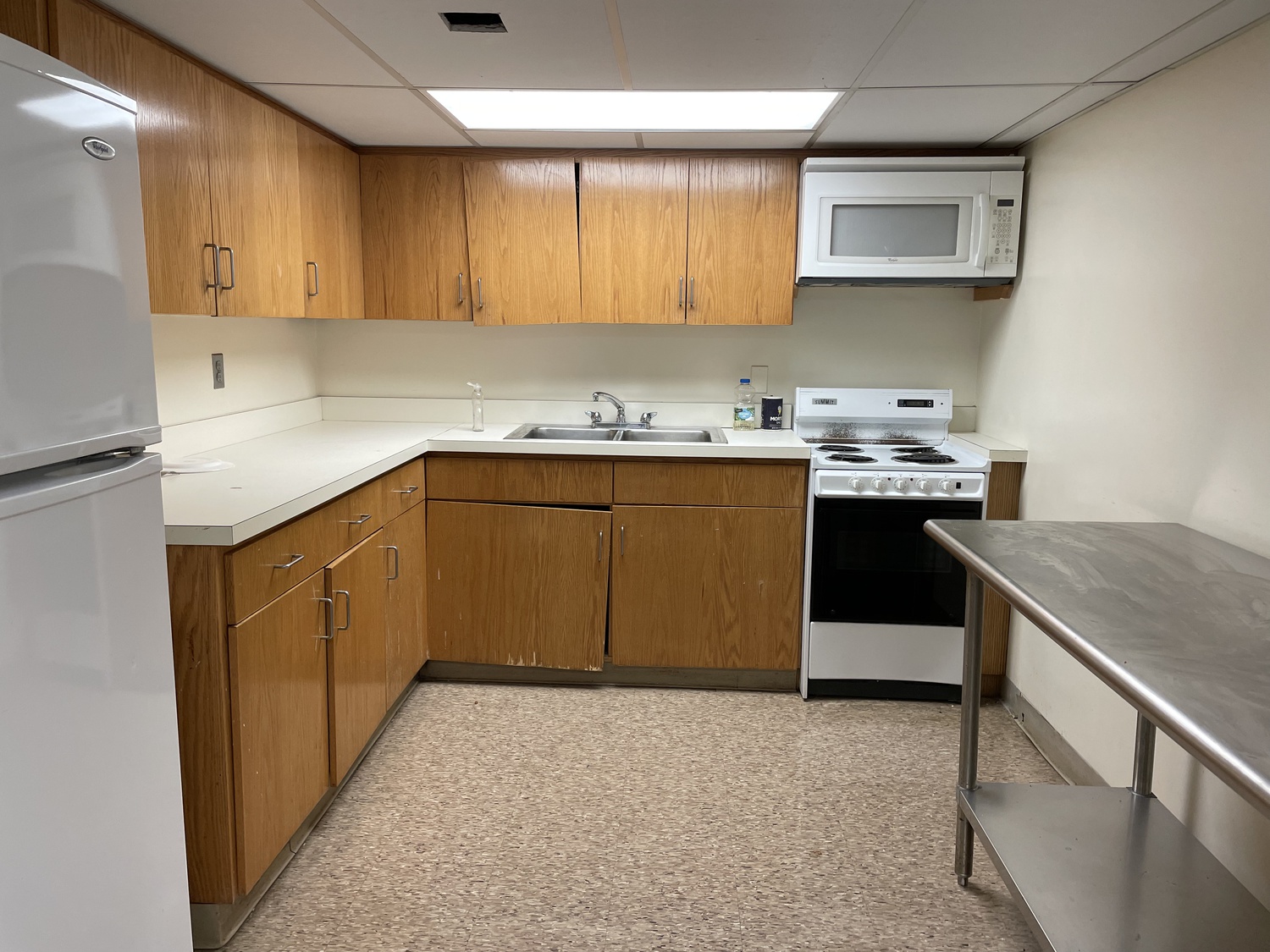 Today, however, the kitchens in the Quad seem to occupy a different role in undergraduate life, as many students of all genders actually prefer to have a kitchen attached to their suite. As Hashem Abdou ’23-’24, who lives in Currier House, said in an interview, “the kitchen is a huge highlight in our suite, I mean it’s kind of a place where we all get together and have a quick bite.” Abdou also elaborated that “having a kitchen, in general, is very popular” and that “there are kitchens on every floor and in most cases more than one, especially in Currier specifically. Having a kitchen ensuite is less common, but it’s definitely not uncommon in the Quad.”

It’s fascinating how the kitchens — spaces that were so acutely gendered — have now been transformed into places of convenience and connection instead: friends bonding over a hastily-cooked meal, the convenience of being able to make a snack during an all-nighter. Perhaps this is representative of changing atmospheres surrounding once heavily gendered spaces, a hopeful sign that the kitchen — once so closely tied to femininity — can now be a more gender-neutral space.

Despite the inequality that many Radcliffe women faced during their time at the College, they still persisted and worked to make their institution better than how they found it. We should applaud their contributions to making the spaces of both Radcliffe and Harvard more palatable for the women that followed them.

As Kristina Pema ’24, a resident of Pforzheimer House, said in an interview, “A lot of history was kind of made here, and I think I feel a bit proud too for being here, like I’m a woman myself and I’m like ‘Oh, other women lived here before me, and they were still successful, and they literally made history.’”

Next time we happen upon a kitchen in the Quad, may we thank all of the Radcliffe women who were once limited by these spaces. Though there’s no way for us to cook them a meal ourselves and bid them thanks, we can still wish for future generations of women at Harvard to achieve their full potential — untethered by gendered limitations to their abilities to excel.