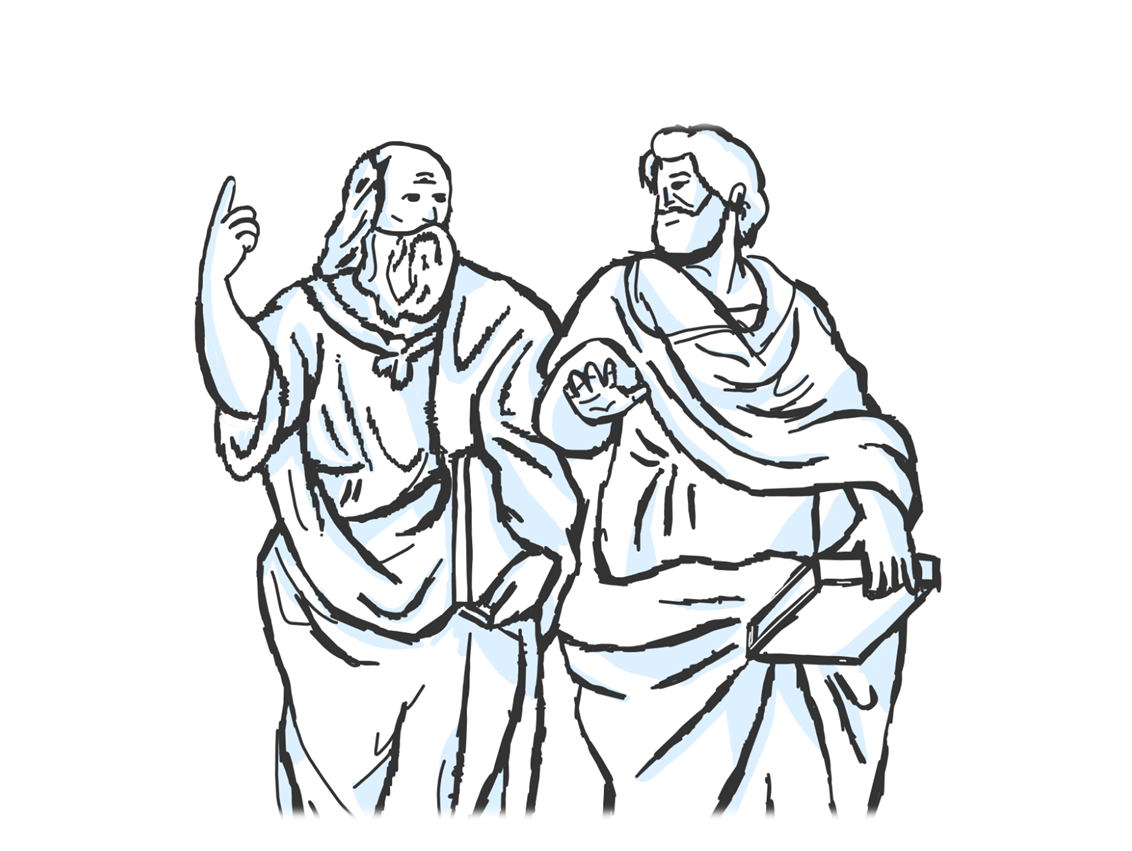 They told us to pick sides early on, probably before we even knew the difference.

"And you," my first-grade homeroom teacher Madame Halliwell would say in her French-Canadian accent. "When you grow up, will you be an artist or an engineer?"

First-grade me would look up over a colorful copy of Le Petit Prince. "Both — an artist-engineer!"

She'd smile-sigh. "It doesn't work that way, honey. But you'll choose one of them soon enough."

That's what we've always been told: scientist or novelist, doctor or lawyer. One or the other.

The science-humanities relationship has always been fraught. Now, it’s deteriorating. On the first page of “The Selfish Gene,” Richard Dawkins quotes zoologist G. G. Simpson: “‘[A]ll attempts to answer [‘What is man?’] before 1859 are worthless … we will be better off if we ignore them completely.’” That is to say, toss out any fundamental analyses predating Darwin and Wallace’s theories of natural selection. Meanwhile, British chemist and novelist C. P. Snow’s famous “Two Cultures” lecture describes humanities scholars content to think in scientific illiteracy. On campus, it probably sounds more familiar as, “I’m a humanities kid — I don’t do STEM.”

Specializing in either the sciences or humanities (or the social sciences, which lean toward the latter) is not a bad thing, obviously. But nothing happens in a vacuum. Politicians may flaunt the fact that they aren’t scientists, and Stephen Hawking and Steven Weinberg may claim that “philosophy is dead.” But current and future crises such as climate change, artificial intelligence, and nuclear proliferation, interlacing both scientific and social questions, will require us to employ and address tenets of both.

Despite incredible technological progress on so many frontiers, solutions to the most pressing issues seem further away than ever. The science-humanities disconnect stymies collaboration and ultimately effective solutions. The pandemic has particularly pushed us to confront several seeming paradoxes at the nexus of science and culture. How do we deal with the politicization of science? How do we balance freedom of thought with the risk of misinformation transmission? What does it mean to be a social human without in-person connection?

Even beyond the pandemic, our generation is on the brink of something huge, both by design and by accident. Scientists blatantly promise human immortality, “perfect humans” built with CRISPR gene editing, and massive growth in artificial intelligence. Historically, even at a much slower technological pace, humanity has been short-sighted regarding long-term consequences of scientific endeavors. Introducing invasive species, overusing antibiotics, and popularizing hydraulic fracturing (fracking) all seemed like irreproachable ideas, initially. Yet, calamities caused by unchecked growth of the last generations is trivial compared to the potential consequences of current innovation.

At the ground-zero of man-made destruction — Hiroshima, Japan — President Obama proclaimed, “Technological progress without an equivalent progress in human institutions can doom us. The scientific revolution that led to the splitting of the atom requires a moral revolution as well.” We need a techno-cultural revolution. We must bring forward new thinkers to build a bridge between the sciences and the humanities. Implementing interdisciplinary efforts like Science, Technology, Engineering, Arts, and Mathematics — commonly known as STEAM — curricula are important, but they are not enough. Developing a high-tech vaccine is important, but so is the collective consciousness of mask-wearing. The sciences and the humanities must work together to redefine each other's fundamental premises and boundaries.

Notably, previous Enlightenments occurred in spaces that valued free thought and discussion — the First in the ancient Greek agora and the Second in French salons and European equivalents. We should similarly initiate forums to facilitate the exchange of ideas between these two cultures, across schools, tech startups, and think tanks.

For that, Harvard could be a good starting point. How about a Third Enlightenment Salon that meets weekly or biweekly to host guest thinker interviews and student discussions to reshape humanistic inquiry and scientific destiny? Each Salon gathering could focus on the same three questions — the current state of the sciences and humanities, where we are going, and what should be done about it. By inviting representatives of a spectrum of generations, disciplines, and opinions, students would effectively gain the perspectives and tools necessary to analyze the science-humanities relationship and determine how to powerfully fuse the two.

Even before a Third Enlightenment Salon opens its doors, one crucial lesson must be learned: We don't need to — and shouldn't — choose sides. In Raphael's School of Athens, there is space between upward-pointing, philosophic Plato and downward-pointing, scientific Aristotle — space we should fill. Only such a realization will facilitate a Third Enlightenment that will push and redefine both the sciences and humanities. I have confidence in the future artist-engineers of the world. I know that we will synergize rather than pick sides.