The Rise of the Religion of Politics 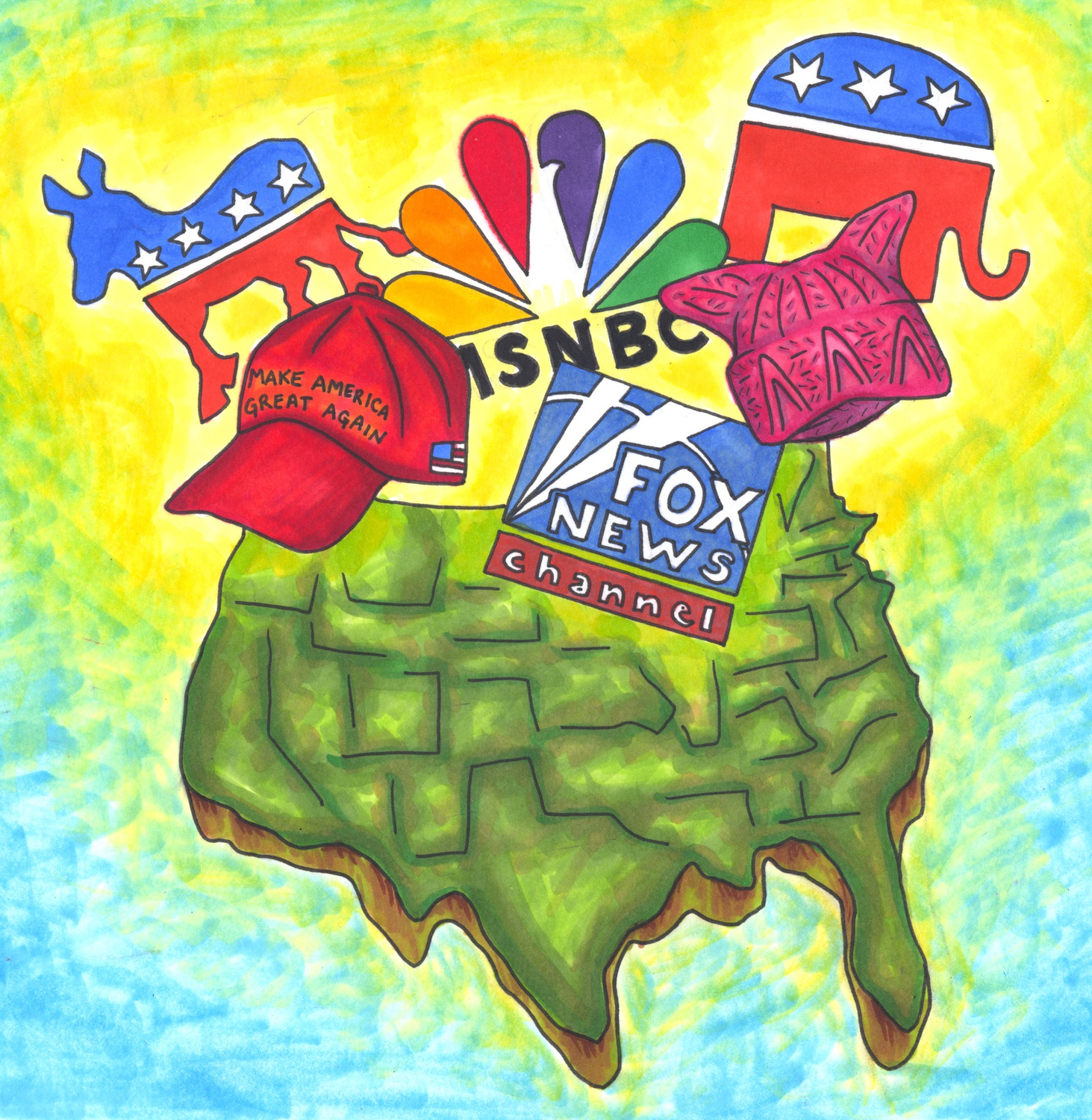 In the 1971 film adaptation of the musical “Fiddler on the Roof,” a young Russian revolutionary named Perchik clumsily proposes marriage to the bright, witty Hodel by asking her “a political question…the question of marriage!” When Hodel inquires whether marriage is really a political question, Perchik responds pithily, “Everything’s political!”

The film was released during the height of a radical second-wave feminist movement that seemed to largely agree with Perchik, championing the slogan “the personal is the political.” Personal issues of sex, sexual expression, marriage, child-rearing, and more were intentionally subjugated to the harsh limelight of political analysis and activism. In the late 1970s, an equally vocal counter-movement gave rise to a newly politically-conscious Christian right that also sought legal codifications of family and religious values.

A half century later, to say that “everything’s political” is a massive understatement. Politics has become unmoored from actual policy, philosophy, or theories of governance. If we cared about any of those things, I doubt we would sob hysterically from despair or happiness at election outcomes or wish such terrible curses like death and doxxing upon high school students. We wouldn’t be so distrustful of “fake news” and the obvious biases of MSNBC and Fox News if actual policy and facts were at the core of our politics. We wouldn’t be so personally hurt and offended by different political opinions if we didn’t think those opinions were fundamental violations of our very humanity.

The fervor, emotion, zeal, and devotion that now characterize the political scene (on all sides, truly) are typical characteristics of another scene entirely. What politics often looks like now is nothing other than a religion, and not a good one.

Religions often have dogmas, clergy, sacred texts and symbols, and holy figures. They are insular, rejecting proclaimers of anathema and heresies, with rituals and worship. Religion is often scorned as mindless heeding of arcane moral judgments from some invisible deity, the practice of the narrow-minded and insipid.

But the reality is that every single one of us is religious. Why? The heart of religion is worship, and the heart of worship is sacrifice, and we all make sacrifices to something.

Enter the Twilight Zone with me for a moment and try to examine our political scene in this light. For example, we do not treat the double entendre pink hats of the Women’s March and red Make America Great Again hats as mere attire, but as icons, a kind of vestment of our sect. Take, for instance, the Covington Catholic debacle, in which high school students wearing MAGA hats at the March for Life were falsely accused of taunting a Native American man. Forget the actual facts of the matter: the iconography of a particular red hat rules the day.

The media preach and interpret as priests, self-styled gatekeepers of truth telling us what dogma we ought to live by. The axioms of diversity, equality, and tolerance, or security, primacy, and power are truly dogmatic by telling us what acceptable beliefs and behaviors are acceptable. Deviate, and a clerical communion of politicians and “journalists” with Twitter profiles will offer a virtue signal in penitence for the fashionable identity label you’ve managed to offend, and call for you, a heretic, to delete your account and be excommunicated. The media clergy also call for the faithful to take to the streets for the ritual sacrifice of protests with sacred slogans, adorned with holy icons. Dutifully, the faithful participate in the sacrament.

Dogma lives loudly within us. We may fancy ourselves missionaries seeking to convert the wrong-headed from their backward ways with our always-eloquent and peaceable catechesis in Internet comment sections, but often we are crusaders (resisters, perhaps) on a divinely-sanctioned mission to defeat demons who dissent.

If there is one bright spot in this haunting and dark parallel of misguided religion, it is that the most ardent and vocal zealot extremists are frequently tiny minorities. We often claim that a few bad apples are not reflective of the whole bushel, and indeed, I’ve met very few people who have truly made politics something of a self-destructive religion. Most people I know do care about democracy and governance and take an active but non-consuming interest in politics. Unfortunately, it is difficult to tune out the extremists.

In the end of “Fiddler on the Roof,” Perchik’s religious zeal for politics couldn’t save him. It condemned him and his wife to live out a prison term in remote Siberia. I don’t think any of us expect politics to save us individually. But Perchik’s hero, Karl Marx, did not write that religion was the opiate of one man; he wrote that it was the opiate of the masses. Our collective political rituals may reveal far more about our beliefs than we’d like to think.

Grace M. Chao ’19 is an Economics concentrator in Mather House. Her column appears on alternate Mondays.