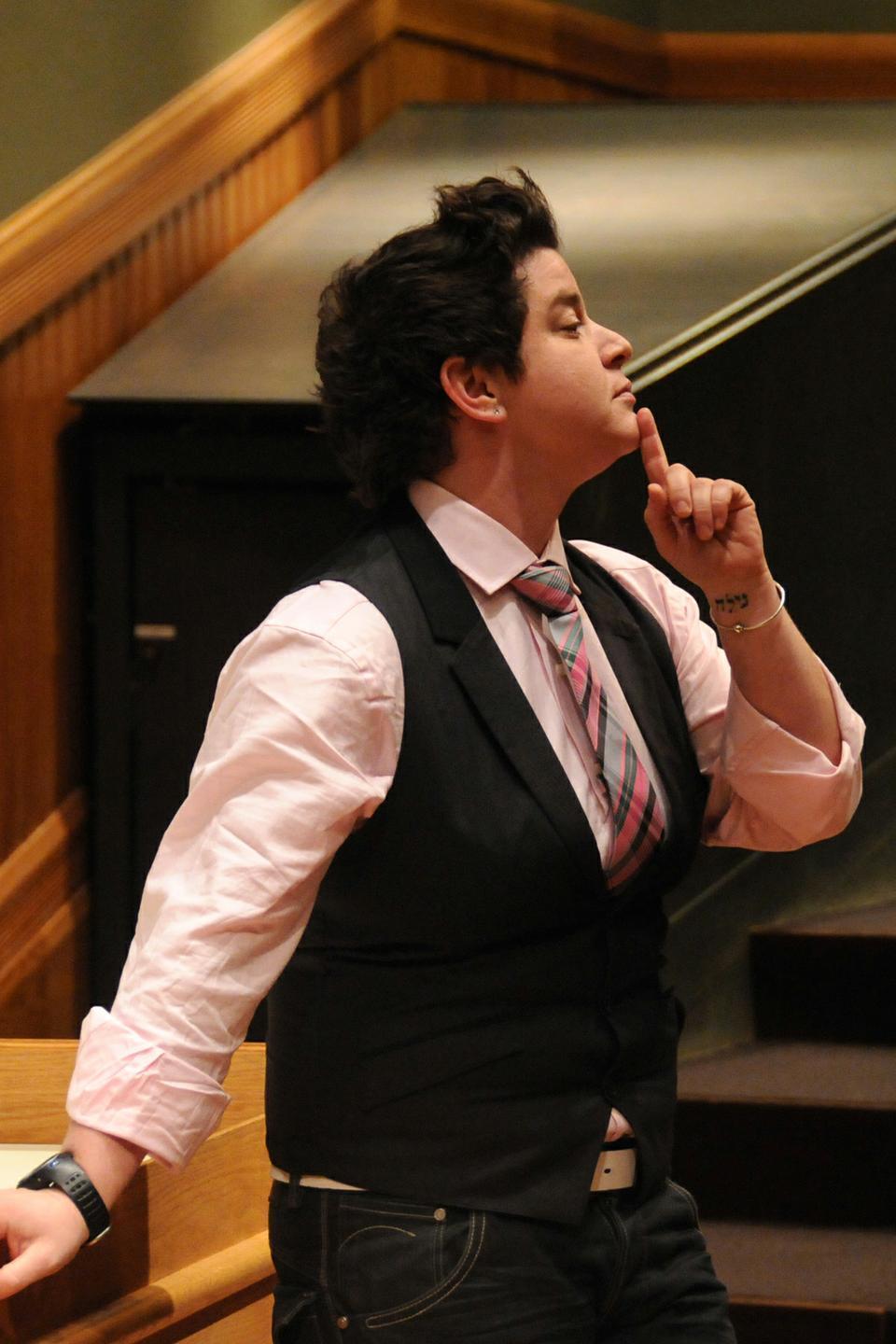 The self-described “butch lez” Boston native addressed a group of sixty students from Harvard and other schools in an interactive presentation. Goldman gave the audience members nicknames and inquired about the relationship statuses and stories of the largely queer audience.

“You never made out with your straight friend?” Goldman asked one of three audience members who identified herself as heterosexual.

“Not that one,” she replied.

Though the event was called “Laughter and Lezzing Out,” GirlSpot co-chair Elizabeth C. Elrod ’11 said that someone doesn’t need to be a lesbian to “lez out.”

“It is just hanging out with a bunch of friends and acting like a huge lesbian, appreciating your body, appreciating gayness and being who you are with everyone else and making fun of stereotypes,” she said.

“You gotta get fitted for a bra, because otherwise everything just gets longer,” Goldman told the audience.

She described her experience being “Lezzilla” while shopping for bras at Victoria’s Secret. As someone who doesn’t conform to traditional standards of femininity, Goldman was looking for bras with superheroes rather than flowers—something that audience member and Kirkland House tutor Laure E. “Voop” de Vulpillieres ’02 agreed with.

Vulpillieres—who earned the nickname “B-O-I” from Goldman because of her gender-bending appearance—said she appreciated Goldman use of humor to “bring out the real challenge of trying to navigate the murky line between not wanting to be a girl and not wanting to be trans either, trying to fit somewhere in between.”

She asked a follow up question on where to buy a bra with a Superman print.

Audience members were also the first to find out that Goldman had just landed a guest role on the television show Bones, playing a “playing a mannish lesbian bowling player who hits on Bones.”

Many noted Goldman’s butch gender presentation as an important aspect of the event.

“I think it’s so great that the queer community at Harvard is giving a space for discussion of the experiences of those outside the mainstream,” said James R. Sares ’12.

Elrod agreed. “There are always other aspects within the queer community, a lesbian is not just one form,” she said. “This is part of our initiative to make Harvard gayer. I like to lez out, and invite 600 of my closest Facebook friends.”