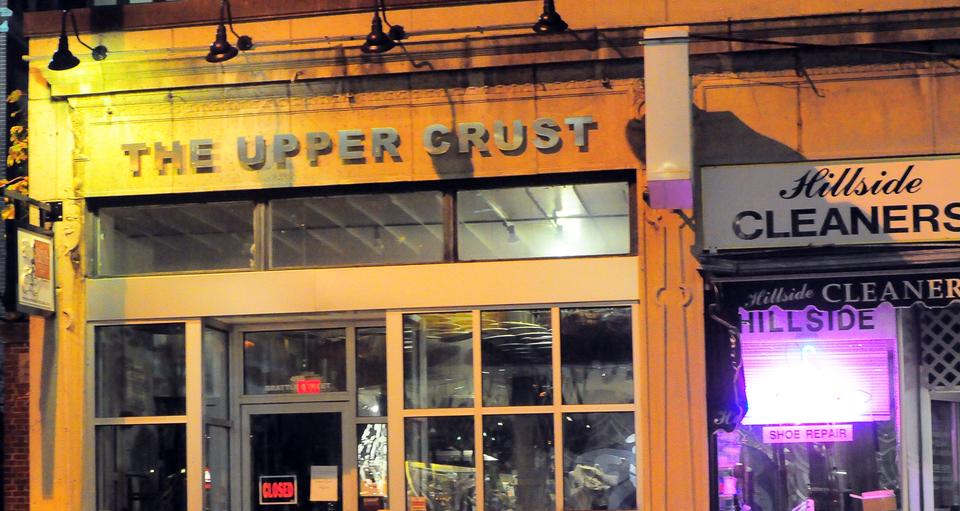 Harvard Square’s branch of The Upper Crust Pizzeria closed its doors indefinitely Tuesday as its parent company struggles to navigate bankruptcy proceedings that began in October, according to reports in The Boston Herald and The Boston Globe.

The Harvard Square location was closed during its normal hours of operation late Tuesday night with no visible sign of activity.

Tuesday’s reported closing of ten of the chain’s 16 locations, in both Boston and Washington D.C., represents the latest development in a series of financial problems and labor issues that have plagued the firm in the last few years. According to the Herald, the firm closed the locations in an effort to stay solvent long enough to find a buyer.

The pizza chain, which owes approximately $850,000 in back pay and wages and is on the hook for approximately $3.4 million to its creditors, declared bankruptcy in October. According to the Globe, about 140 employees will lose jobs as a result of the closings.

The Globe reported that even with the store closures, the company will need a cash infusion of at least $120,000 within the next week or so to avoid a complete shutdown and liquidation.

Mark G. DeGiacomo, the company’s bankruptcy trustee said that the company had only $14,000 in cash on hand and just four days of supplies at this Tuesday’s bankruptcy hearing, according to the Globe. He added that if the firm received an emergency cash infusion, it might be able to reopen some or all of the closed locations and rehire the laid off employees.

“We got in, operated them, wrapped our arms around it and quickly saw there was just not enough cash flow to pay all of the ongoing expenses,” DeGiacomo told The Herald.

A spokesperson for Upper Crust did not respond to a late Tuesday night request for comment.

The firm, founded in 2001 and based in Boston, experienced strong growth at first, but has been embroiled in legal disputes in the past few years.

Allegations of labor law violations sparked a federal inquiry from the US Department of Labor in 2009, and, according to the Globe, a later federal investigation found that from 2009 to 2011 the firm underpaid some employees a total of $425,000.

The labor lawsuits prompted a boycott of the location in Harvard Square by two Harvard Law School groups—the Harvard Immigration Project and the Labor and Employment Action Project.

Aside from its labor troubles, according to the Globe, the Upper Crust’s founder improperly used company funds for his personal use.