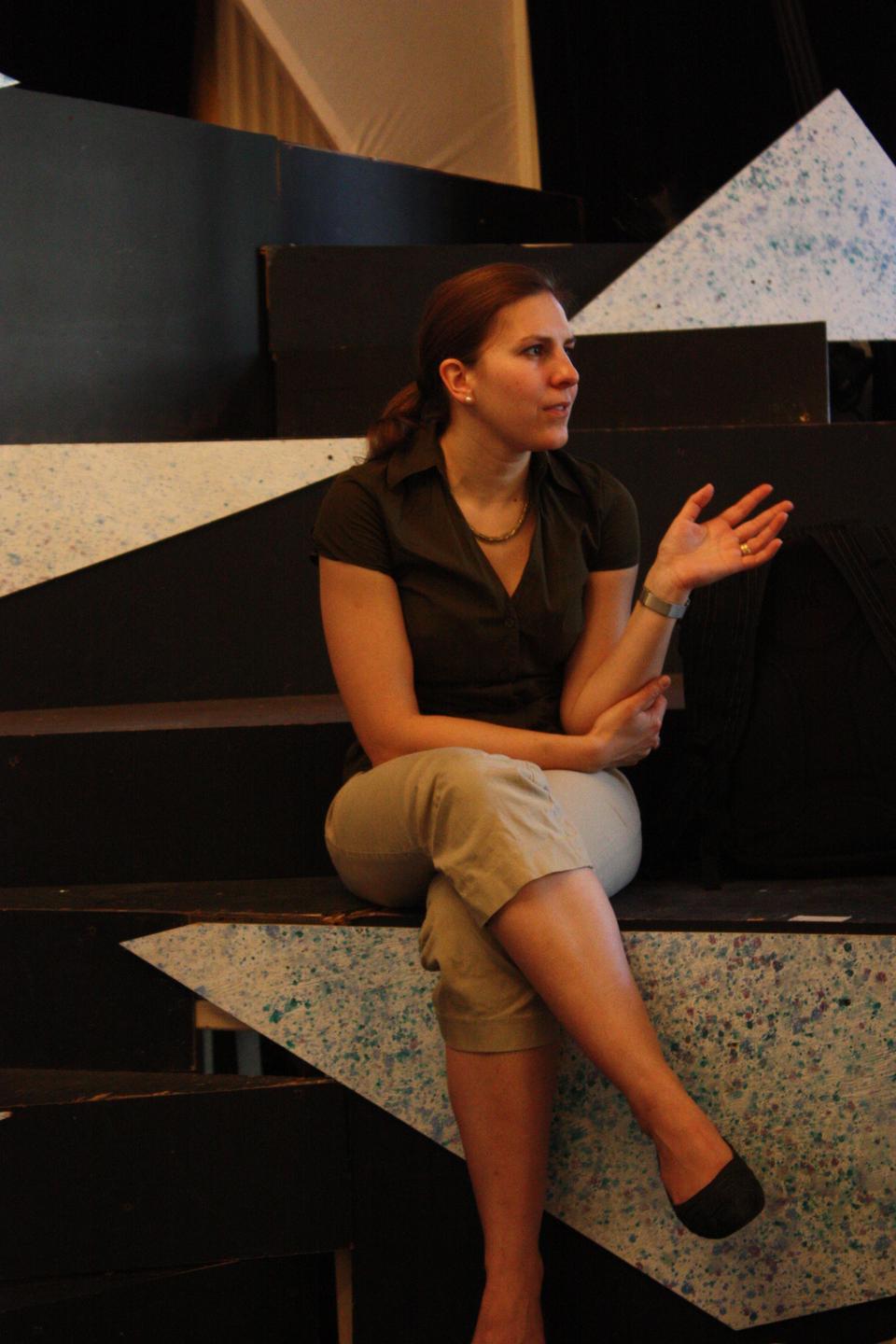 As music director for the Lowell House Opera’s production of Rimsky-Korsakov’s “Snegurochka” (“The Snow Maiden”), Lidiya V. Yankovskaya brings an interdisciplinary approach to an unusual opera. A conductor and Russian native trained in piano, voice, and violin, Yankovskaya studied music, philosophy, and language at Vassar College and then received a master’s degree in conducting from Boston University. “Snegurochka” is the third Harvard production for which she has directed music; previously, she served as music co-director for LHO’s production of “Candide,” by Leonard Bernstein ’39, and as music director for the Harvard Yiddish Players’ staging of Avrum Goldfaden’s operetta “Shulamis.”

Under Yankovskaya’s baton, LHO presented the first fully staged, Russian-language U.S. production of “Snegurochka,” Rimsky-Korsakov’s personal favorite of his operas. According to Yankovskaya, she and cast vocalist Irina Petrik also translated the first English supertitles for the opera. The show opened on Wednesday and will run from March 28 to 31.

The Harvard Crimson: Why did you start directing music for opera rather than pursuing only singing and instrumental performance?

Lidiya V. Yankovskaya: In opera, you have this amazing combination of so many elements. I get to work with instrumentalists, which I love to do. I get to also conduct choirs and work with individual singers. I get to play piano and accompany singers and coach them in rehearsal. What’s even more exciting is the ability to work with the production team, to work with the stage directors and designers to really bring [the opera] to life, to really delve into its core.

THC: What is your vision for “Snegurochka?”

LVY: Many of performances take a very early-20th-century Romantic approach to the piece and often ignore things that the composer writes. This was the style back then. In Russian conservatories, they used to teach that anytime anything is louder, play faster, and anything softer, play slower…. Always, as a conductor, it’s hard to know what part of the tradition comes from the original, from the composer, and what of the tradition got added on over the years. I try very hard to find a balance between those traditional interpretations and sticking to what the composer wrote.

THC: Why do you think this particular opera had yet to be fully staged in the original Russian in the U.S.?

LVY: I think part of it is just that Russian operas in general haven’t been performed that much.… [“Snegurochka”] relies very heavily on Russian folklore. So the entire opera revolves around a pagan festival that a Russian audience would [understand]…. And I think, especially until recent years, people shied away from exploring artistic works of any type that really delve deeply into unknown cultures…. Also, the music is challenging, so you need strong fingers and a full orchestra. In Boston, of all the professional opera companies, there’s no pit that could fit this opera. It’s not ideal to have an orchestra in front of a stage, but we’ve managed to make it work.

THC: Did you want to stage “Snegurochka” because it is less frequently performed?

LVY: I actually did not realize how few performances it had received in the United States when I was looking at it. In Eastern Europe it’s a staple, a standard, and much more popular. I do a lot of new music, and I am drawn to rarely performed works, so that certainly appealed to me when I realized it, but it certainly wasn’t the main factor…. This opera really lends itself to younger voices. It also involves the chorus in really interesting ways.

THC: What was it like teaching Russian, in which most of the vocalists have little training, to the cast?

LVY: Almost all of the Russian-speaking singers have helped in teaching the American singers. I paired them up, and we worked from there. I’ve done a lot of coaching myself in the past.

THC: Have you been able to include your knowledge of language and philosophy in your musical career?

LVY: I studied literature as part of language studies, and opera is also literature. It’s music, but it’s also literature, and it’s also theatre, visual arts, and many different things. So, certainly, as I interpret these libretti and go through them, that is something that I really apply and inevitably think about…. Basically, studying philosophy made me think about things in a creative way. I apply it to interpret the meaning behind a certain opera or try to think about the philosophical, social, and ethical implication of what’s on stage.