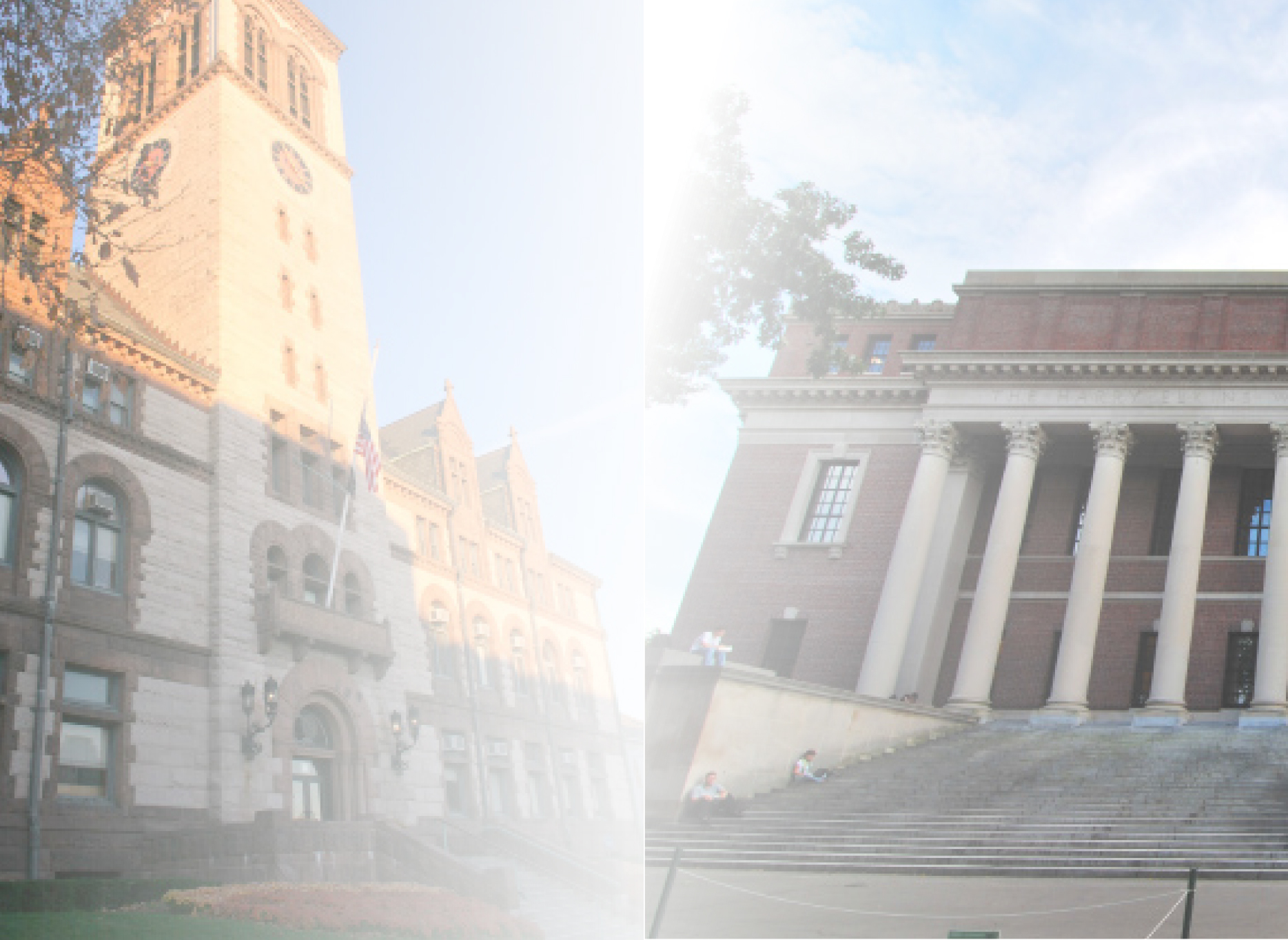 Part I of a five-part series on Cambridge City Council election issues. Read each installment on the Fridays leading up to the Nov. 5 election. Part II ran on Oct. 11 and Part III ran on Oct. 18.

When Cambridge City Council candidate Mushtaque Mirza was traveling in New Zealand, people were puzzled when he said his hometown—Cambridge, Mass. The confusion quickly cleared when he told them that Cambridge was also the home of Harvard University.

“I said ‘Have you heard about Harvard?’ and they said ‘Yes, yes, yes’,” Mirza told The Crimson. “Everybody knows Harvard.”

Mirza is now vying with 24 other candidates for the opportunity to serve Cambridge as one of its nine city councillors—a contest that will be decided on Nov. 5.

Each of the candidates is looking to negotiate town and gown relations in a city that is said to be best-known for its universities. From questions such as ‘Where does Cambridge stop and Harvard start?’ and ‘How have relationships between the city and universities developed over the years?’ to  ‘Where do students fit into the mix?’, the relationship between Cambridge and Harvard is a pivotal element of candidate philosophy.

“There wouldn’t really be a Cambridge if Harvard hadn’t founded their college here...Our histories are intertwined and that one would not be successful without the other,” said current City Councillor and candidate Leland Cheung.

Harvard was founded in 1636—the same year Cambridge became an official city. Over nearly four centuries, the city has become a liberal enclave that houses several universities, a broad and prosperous tax base, and a growing population.

As was inevitable, a relationship has developed between Harvard and Cambridge, but that partnership has been rife with tensions over matters ranging from construction to taxpaying to the thousands of undergraduates and workers on the Harvard campus.

“Like it or not, people can live here 100 years, but no one will have been here longer than Harvard. Like it or not, Cambridge is defined by its universities. To not embrace that is to the detriment to both Harvard and the town...Cambridge is because of Harvard,” said Logan E. Leslie ’16, who is running for a seat on the Council.

With five weeks left until election day, each of the candidates is presenting a solution for navigating the town and gown divide, and many of these visions involve using students as the bridge between city and university.

Of all the institutions of higher learning in the city, MIT—not Harvard—has dominated Council discussions in the past two years, according to councillors and candidates.

As Harvard has worked to finalize the development plan in Allston, the focus of the University’s community outreach efforts have shifted accordingly from Cambridge to Allston, across the river. MIT’s dealings with the Cambridge community, meanwhile, have increased, with leaders including MIT President L. Rafael Reif coming before the Council in the past year to negotiate necessary zoning changes for development in Kendall Square.

But Harvard still remains a contested character in the Cambridge political scene, according to several City Council candidates.

“It is good politics to say whatever you want to say if it’s against Harvard,” said Leslie, who added that he is running to advocate for the University. “There are a lot of people—most of them uninformed—who will go to the polls and vote a vote if they think it’s anti-Harvard.”

Cheung, who is a graduate of a dual degree program between the Harvard Kennedy School and the MIT Sloan School of Management, described Cambridge’s town and gown divide as an unfortunate byproduct of university-driven economic development.

“Having Harvard and MIT, Cambridge’s challenge is almost, ‘How do we deal with too much of a good thing?’” Cheung said.

As Cheung described, Harvard and MIT have led to the growth of companies and job opportunities in Cambridge. But this economic growth has been followed by an influx of people to Cambridge, pressure on the housing market, and the displacement of long-time Cambridge residents.

Leslie also noted the link between Cantabrigians’ resentment of Harvard and their fear of further changes in the city landscape. “[Cantabrigians] say things like, ‘Let’s keep them from changing the character of the city,’” Leslie said.

Citing Harvard and MIT’s new sustainability agreement with Cambridge, Kristen von Hoffman and Jefferson R. Smith both described the relationship as strong. Cheung, who served on the City Council’s University Relations Committee during his first term, said the relationship has “improved,” but Leslie called it “strained.”

“I don’t think there has ever been a relationship,” said Craig A. Kelley, a current city councillor who is seeking reelection.

Kelley said that the Council has failed to communicate with the University in a focused manner and that the University, meanwhile, has independently pursued its own plans in the city. He cited the renovations of Leverett and Dunster House as examples of how Harvard has pursued projects that affect the Cantabrigians’ daily lives with limited input from city stakeholders.

“So when Harvard does its houses down by Cowperthwaite Street...it has traffic impacts, parking impacts, noise impacts,” Kelley said. “When it decides it wants to do something on the overpass by the Science Center it is a big something...when you do something, you have impacts.”

Whether or not Harvard does right by the community was a point of contention amongst Council candidates.

“They’re great landlords if you speak to people who do business in Harvard Square,” said Leslie, adding that he believed Harvard maintains its rental properties well in hopes of sustaining tourism to the University.

Cheung, however, focused on the University’s recent decline in philanthropy on the local level. He discussed the closure of the Inn at Harvard and sale of a building on 2 Mt. Auburn St. that had previously been rented to a nonprofit dedicated to affordable housing.

“When Harvard put the hotel [on Mass Ave.] , they made it clear that it was eventually going to be swing housing space for some reconstruction, but that still doesn’t mean that the people there, working there for 10 years, aren’t negatively impacted,” Cheung said.

He explained that the property, Putnam Square Apartments, was a commitment by Harvard to provide housing to low-income senior citizens. “By selling that off to another organization Harvard is backing away from their prior commitment,” Cheung said.

Harvard receives basic services, including water, fire protection, and public safety services, from the City of Cambridge. But, to the dismay of certain Council candidates, Harvard does not pay official taxes on its academic buildings.

Instead, the University contributes money to the City in the form of annual voluntary payments. According to the City of Cambridge’s 2012 Town Gown report, these payments amounted to $2,783,151 in 2012—an amount some of the candidates think is too low.

Cheung and candidate James M. Williamson both suggested that Harvard should give back more to the Cambridge community.

“As a tax-exempt institution, what obligations do they have to the community?” Williamson asked. “Are the current PILOT payments enough? Can Harvard be a collaborator in Cambridge schools? They have done a lot, but that relationship could be better.”

BRIDGING THE GAP WITH STUDENTS

The interviewed Council candidates universally advocated for greater involvement of university students in Cambridge politics and the community. Historically, however, students in the area have expressed little interest in local politics.

“It’s hard to bring students into the resident life, the civic life, of the regular Cambridge population,” said Minka Y. vanBeuzekom, a current councillor who is seeking reelection.

Candidate Janekke Ann House attributed the lack of engagement to the mundane topics that the Council must at times address.

“Nobody wants to talk about potholes and swingsets,” House said. “But it’s the local issues that affect the students most.”

Many of the current councillors and candidates offered ideas about how Cambridge could better serve students’ needs.

VanBeuzekom said she hoped to introduce a plan that would better integrate the Harvard University Libraries with the Cambridge Public Library. House expressed a desire to reinstall the “night owl bus,” a transportation service which previously ran a shuttle service for residents after the T closed.

And Cheung said he hoped to implement an orientation program for how to bike in the city, through which students could go on bike rides with police officers who would teach them about safe practices.

“Something that I’d love to do is to hold a forum for university students...and to have us talk about what our goals are for the City of Cambridge,” said von Hoffman. “And after that just engage students...open up a dialogue and from there try to have some sort of projects, seminars, task forces.”

Leslie outlined a plan to set up an advisory committee of students from Harvard, MIT, Lesley, and Cambridge College.

“Students are the bridge,” von Hoffman said. “They bring the vibrancy and energy that ties the city government to the school administration.”