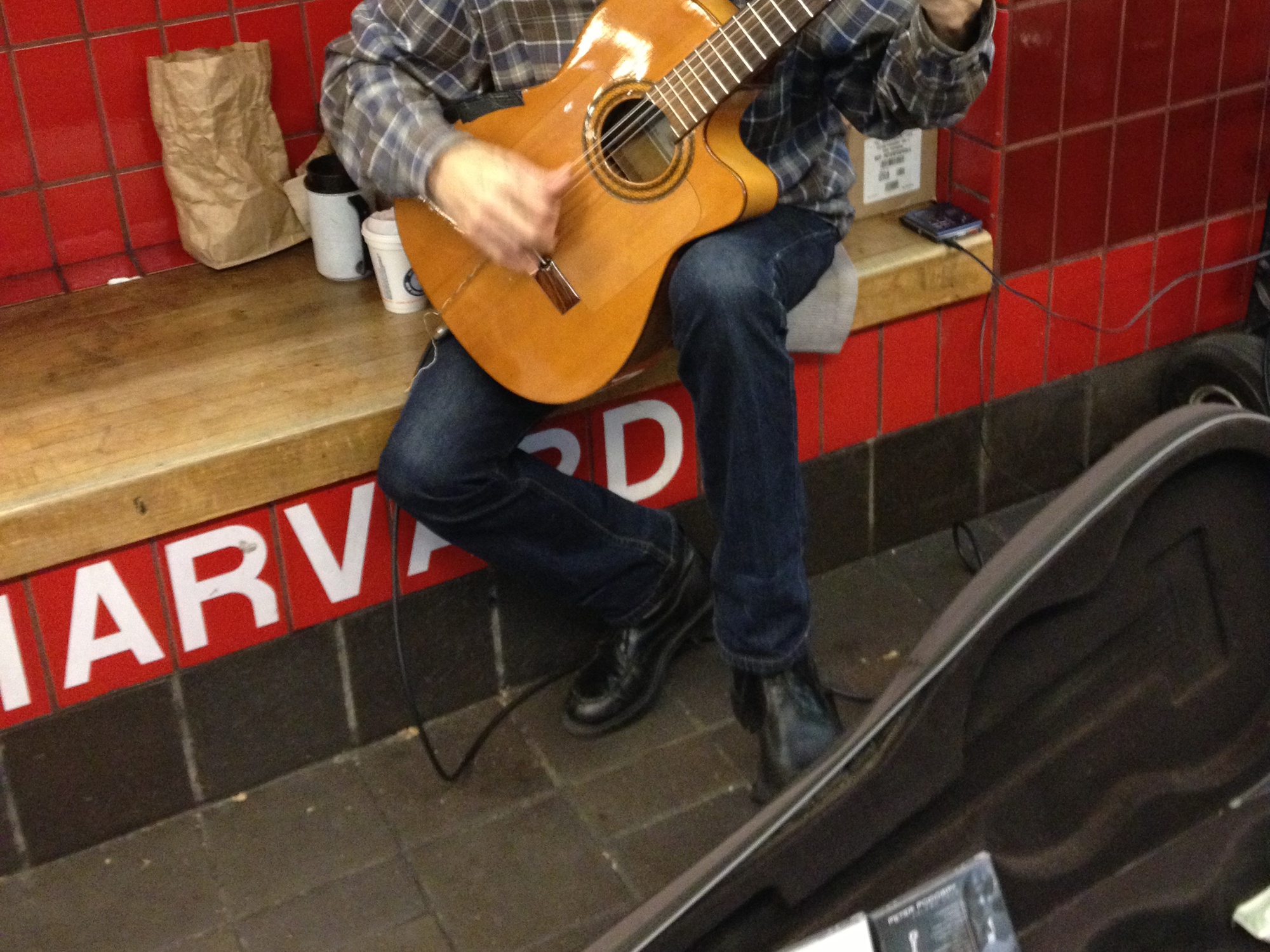 The first thing I noticed when I arrived at the Harvard T stop was the soothing notes of Bach’s “Jesu, Joy of Man’s Desiring.” Although barely audible above the screech of the trains, the soft guitar music nevertheless drifted throughout the station, providing a sense of peace and calm to a usually hectic scene.

Comfortably hidden in plain sight on the platform was a timid-looking older man. Surrounded by a few CDs and a cup of Dunkin’ Donuts coffee, he played—with a look of serenity befitting the music—a small guitar attached to an even smaller amp. As passersby smiled on their way to the oncoming train, he smiled back politely, continuing to play the classical tune with facile skill.

His name is Peter Podobry, and his demeanor is as gentle as his music. Speaking softly and interspersing his words with notes on the guitar, he tells me of his background, his musical training, and his thoughts about America with a wry smile. “So I came from Russia, around 20 years ago,” he explains. “I came already as a musician, and I decided to play some on the street. I play in other places too—restaurants, clubs, etc.—but sometimes I like to play on the T.”

His choice of classical music isn’t so surprising upon hearing his academic background. “I studied music at a four year school in Russia…so I’m kind of an educated guy,” he says, before laughing and clarifying, “Not guy… man!”

“I was a musician in Russia, and I used to play [at] the Black Sea,... commercial stuff on the beaches,” he says as he strums a few chords. But it was apparently not all fun and leisure. For a few months in 1985, he spent time in a Russian jail. “There’s a lot of story around my immigration,” he says softly, then perks up, “but that’s not why you’re here!” Another playful guitar strum.

Throughout our talk, Podobry espoused a sense of unassuming optimism that was contagious. He admits that there have been tough times, but remains cheerful. “Now here I am! And here you are!” He says as he motions to his Dunkin’ cup as a literal example to look at life “half-full.” With coffee and an audience, he says, “Today’s my lucky day!” As another train approached, he smiled again and began to play Eric Clapton’s “Tears in Heaven.” It was my lucky day.