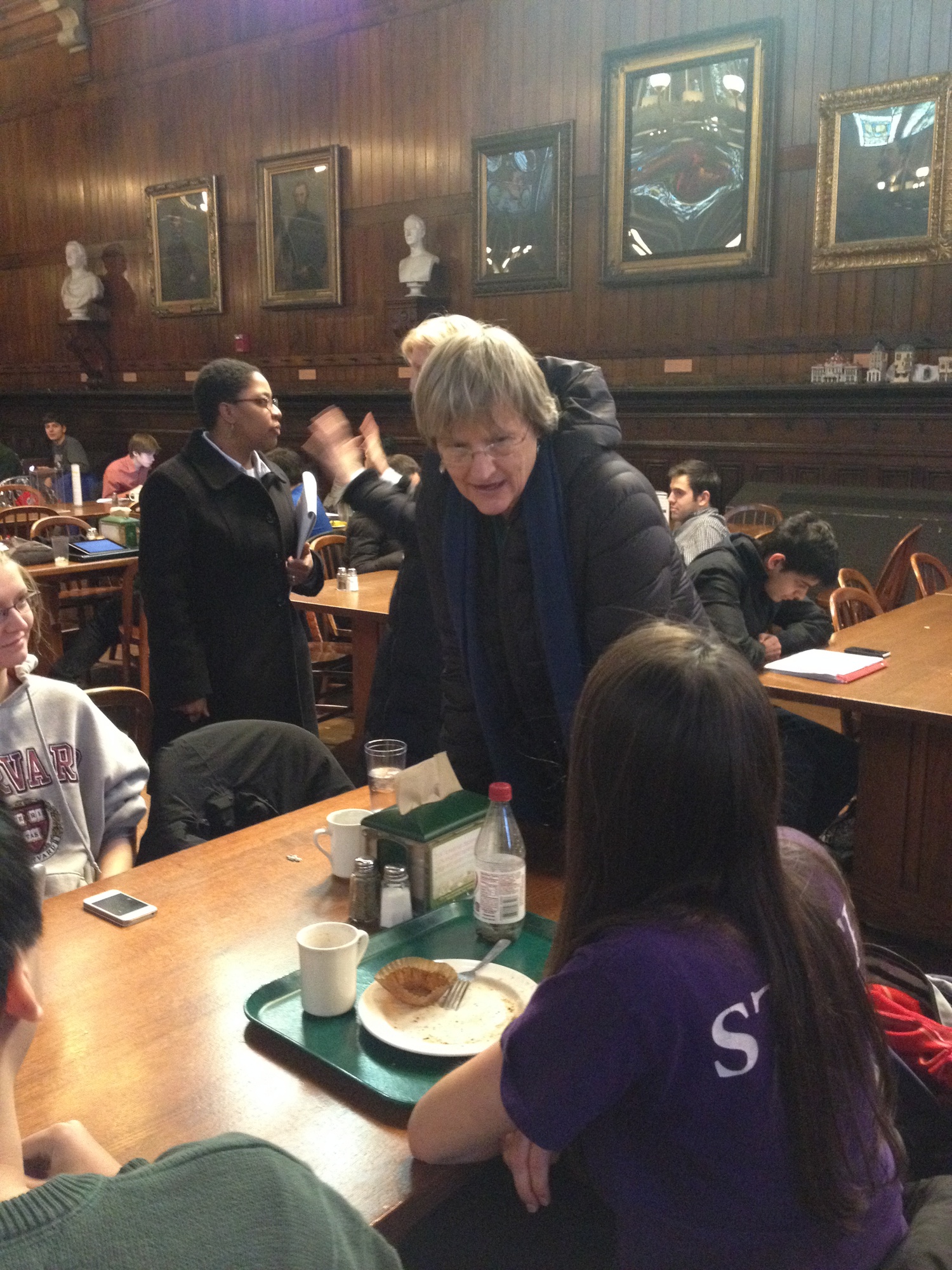 Victoria H. Jones ’17 was in bed when she heard fire alarms cut through her residence, freshman dorm Thayer Hall, shortly after 9 a.m. Monday morning. After scrambling out of bed to investigate the source of the noise, Jones quickly followed her dormmates out of the building.

Like many of her fellow students, from both Thayer and three Harvard classroom buildings evacuated at the same time, Jones did not realize until later that the fire alarm was prompted not by flames but by an unconfirmed threat of explosives in Thayer, the Science Center, Emerson Hall, and Sever Hall.

Dawn E. Slack, wife of second-floor Thayer proctor Emily S. Lin ’02, recalled that the fire alarm in Thayer had gone off more than once last year due to burnt food in the basement and said that some residents might have assumed that Monday’s alarm was triggered by a similarly innocuous source.

“It was pretty stressful and pretty scary,” Slack said of the uncertainty.

The threats jumpstarted a chaotic morning during which final exams in affected buildings were cancelled and local, state, and federal police forces descended on Harvard’s campus.

Thayer residents who were taking an exam in one of the affected buildings were not able to return to their dorm, a situation that elicited frustration but also understanding. “Searching through a dorm can only take so long, so it’s just a matter of waiting,” Yukiye A. Koide ’17 said. “I wasn't really worried that there would be a bomb in my dorm because I trust the people who live in Thayer.”

Not all College students immediately responded to the situation, however. Yun Teng Zheng ’16 was awakened to the news by his roommate but fell back asleep until noon. Zachary P. Fletcher ’15 was studying in Boylston Hall when he learned of the situation. Because the building was not evacuated, Fletcher said, he kept studying throughout the morning.

James T. R. Loomos ’16 agreed that for students who were not academically impacted by the cancellation of morning or afternoon exams, the day proceeded largely as usual and the threats did not seem too serious.

Loomos said that his final exam for Government 1280: “Government and Politics of China,” scheduled for 2 p.m. Monday afternoon in Harvard Hall, was administered as planned.

“I would have felt almost like I was lying had I tried to get out of it, because I felt prepared,” he added of forgoing or postponing Monday final exams—an option offered by multiple classes throughout the day.

Still, even those students who were not directly affected expressed concern at the apparent frequency of emergency events this year.

Bo Bayara de Yarabe ’16 said that the situation was not as frightening as the bombings at the Boston Marathon and the subsequent manhunt last spring, but added that he does feel “like it’s a troubling sign that this keeps happening.”

Zheng said he hopes school officials release information about the cause of Monday’s threat as soon as they can. Many students suggested that the threats might have been staged by a student attempting to skip an exam.

“I think, for some reason, there was more panic than necessary, because to me it definitely seemed like a hoax,” said Alexander M. Kamberov ’16. At his high school in Sofia, Bulgaria, he said, pranks like this are far more commonplace.

Loomos said that the bomb threats, whether instigated as a prank or not, inconvenienced many students. “Everyone just wants to get it done—I think most people are ready to go home and relax—and this just adds another concern and another issue before you go back,” he said.

—Staff writer Noah J. Delwiche can be reached at ndelwiche@college.harvard.edu.