Student and Faculty Researchers Reflect on Trip to Hindu Festival 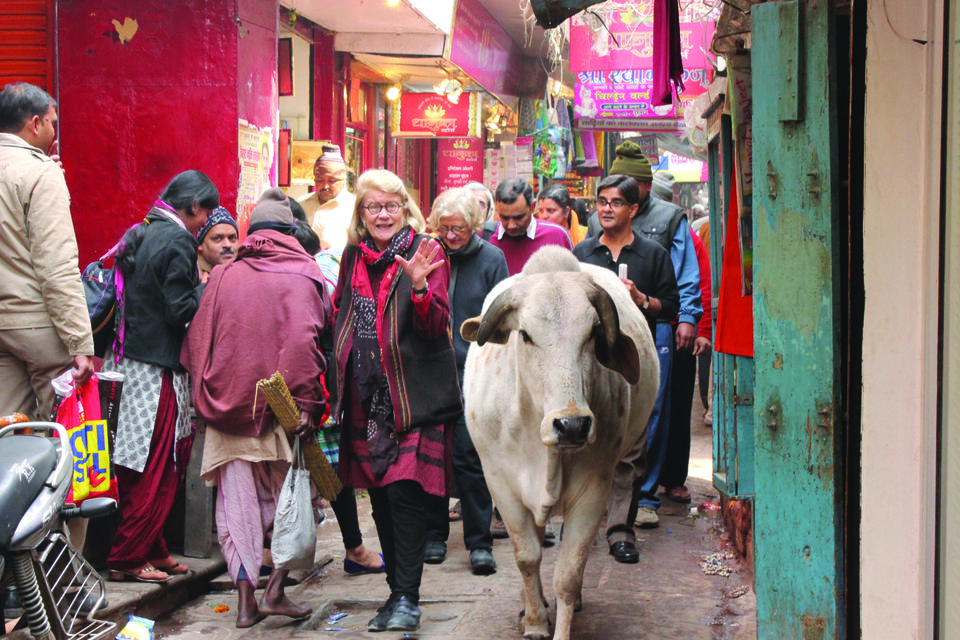 On Sunday evening, a team of faculty, staff, and students from across the University will gather in Lowell House to present their field research on a Hindu festival that is widely purported to be the largest gathering of humans in the world.

Last month, more than 50 Harvard researchers traveled to Allahabad, India, to study the Kumbh Mela, a two-month-long religious affair that attracts tens of millions of visitors to a rotating location in India every three years.

At the festival, teams composed of members from Harvard’s various schools conducted research on urbanization, public health, economics, religious performance, poverty, and crowd management as part of a yearlong coordinated by the South Asia Institute and the Harvard Global Health Institute,

Now, a month after finishing their fieldwork, they are currently reflecting on their trip and drawing up plans to consolidate their research in palpable ways.

For most researchers who journeyed to India for the Kumbh Mela project, work began long before the festival started in January.

Last summer, Graduate School of Design professor Rahul J. Mehrotra, principal investigator of his School’s team, began working with his researchers to monitor the construction of the festival. For each Kumbh Mela, organizers build a tent-city in a matter of weeks to accommodate the millions of pilgrims who attend.

“We have been following the emergence of the city from its inception to its establishment and operation,” Mehrotra wrote in an email.

Professor of Comparative Religion and Indian Studies Diana L. Eck, who specializes in the sacred geography of India, taught a course in the South Asian Studies department this past fall centered on the Kumbh Mela in preparation for the research project.

“We did as much reading and study of the Kumbh Mela as possible,” said Eck, who was one of the main leaders of the Harvard trip. “The course in the fall was a way of attracting students who might be interested.”

Eck said the sheer size and complexity of the festival necessitated such advance planning.

Though the focus of each researcher’s work differed based on individual interests, students and faculty alike said that interdisciplinary collaboration enhanced their work at the Kumbh Mela.

“One of the things that this [project] has really exemplified is that there are many things that you can study that are going to be better studied if you are looking at it with people from other disciplines and other schools,” Eck said.

For many undergraduates who went on the trip, the opportunity to work with researchers across many disciplines was the main highlight of their experience at the festival.

“Being part of this greater research group, regardless of what you’re studying, what your interests are, how much background you have on the Kumbh...for me, that was just an amazing experience,” said McDuffie, who conducted research on cultural performances and other religious rituals. “I think any Harvard student would have benefited from that.”

McDuffie and other undergraduates were given a great deal of freedom to suit their on-site research to their own academic and personal interests, Eck said.

“We [allowed] them free reign to develop their own interests in what they imagined would be their end...then to track it down once we got there,” Eck said.

Students from some of the graduate schools, however, approached their research at the Kumbh Mela from a somewhat different standpoint—one that focused on specific projects that were directly relevant to their professional studies and that often had real-world applications in India.

The Graduate School of Design team, for example, mapped the festival’s city using both two- and three-dimensional media to explore issues of urban design.

Likewise, Nicolas J. Roth, a graduate student in the Department of South Asian Studies, focused his research at the Kumbh Mela on environment and developmental organizations—a topic he said was closely tied to his ongoing academic research on South Asian religious rituals associated with trees.

“I was particularly looking at some of the campaigns around trees, tree planting, and tree preservation,” said Roth.

Though they are now back in Cambridge, researchers say their work on the Kumbh Mela is far from finished.

The Graduate School of Design research team, for example, currently meets once every week to discuss its work in a seminar format.

The team also plans to give a public presentation on its research in the first week of April.

Those who took Eck’s class last fall will write research papers based on their work at the Kumbh Mela. And at Sunday’s meeting, researchers will reunite to further discuss their ideas.

“We will be doing a collective presentation and hope our work can be used in future collaborative projects,” said Rachel M. Taylor ’15, who focused her field research on the market flow of marigolds, roses, and chrysanthemums at the Kumbh Mela.

Using this meeting as a starting point, many of the researchers from the different professional schools will go over their work together in the coming months.

The project is expected to continue into the summer and perhaps even beyond.