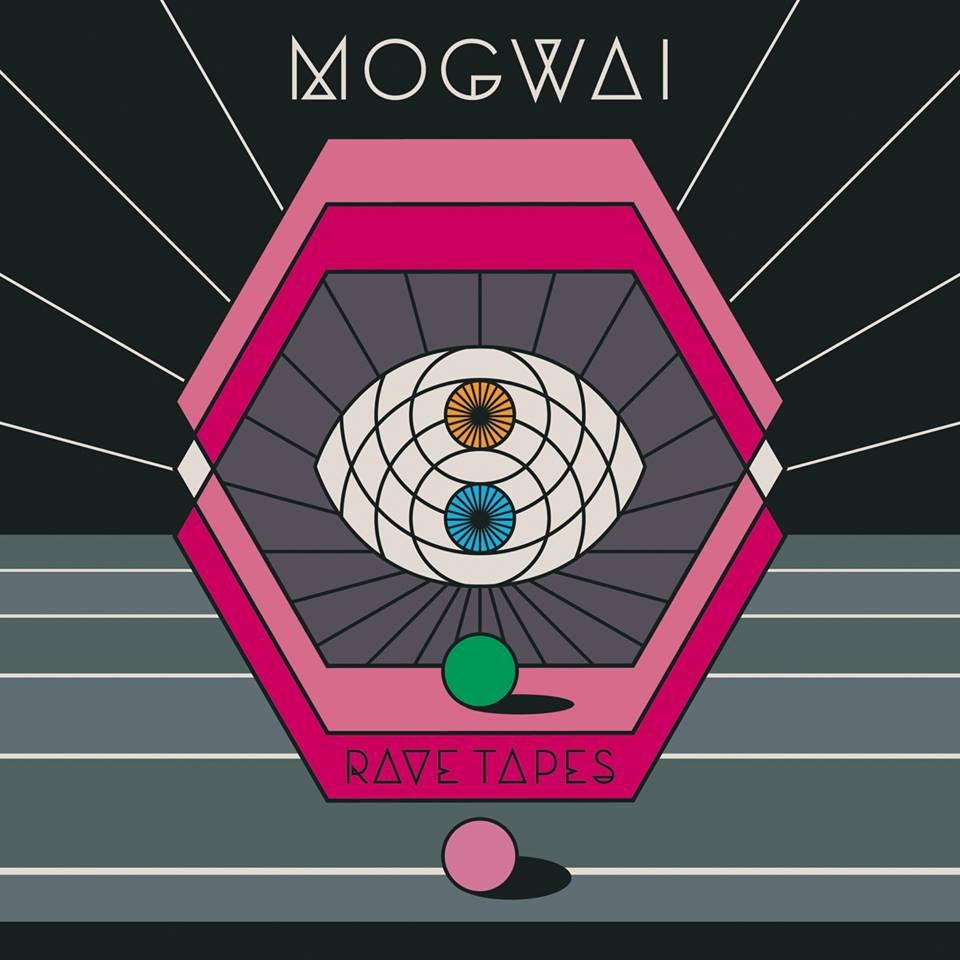 By Courtesy Mogwai and Rock Action
By Tree A. Palmedo, Crimson Staff Writer

Here’s a trend to be gleaned from the past year: noisy ’90s bands are slowing down. In early 2013, My Bloody Valentine came out of hibernation with the impeccable but mellowed-out “m b v,” and autumn brought two torturously lazy EPs from the Pixies. Unlike these acts, Mogwai hasn’t split up since their 1995 nascence. But with their new release, “Rave Tapes,” the Glaswegian instrumental post-rock outfit fits right in with the rest. The album ushers in the New Year not with a bang, as the band might have done in the old days, but with a collection of mostly slow-burning compositions that add subtle new flavors to their traditional formula. Fortunately, while not without its shortcomings, “Rave Tapes” is, overall, a work marked more by maturity than fatigue.

When they first burst on the scene with the sometimes abrasive and always lively “Mogwai Young Team,” the group turned heads with their quick-shifting dynamics—songs would flip from whispering drones to paint-peeling power chords as if the band had hit a switch. These days, the dramatic flair has been toned down and the band is content to let more tracks simmer. Take the opener, “Heard About You Last Night.” Gentle murmuring and ethereal bells open the track before giving way to five minutes of slow-core quietude. However, the song is kept interesting by a shimmering guitar—seemingly swiped from a dream-pop song—and the occasional intervention of ghostly synths. It’s a sound not unlike that of classic Mogwai, but it’s cushioned by softer, cleaner production; and where it was once used in contrast with a heavier side, it now works on its own.

There may be fewer explosions on “Rave Tapes,” but there’s no lack of energy. “Remurdered” plays like the atmospheric Europop of the “Drive” soundtrack, its core components a thumping bass drum and dated-in-just-the-right-way synth sound. The cut is the album’s longest, and the band makes use of every second, looping each segment until it’s run its course before adding new layers of guitar and synths. The endpoint is almost as busy and in-your-face as an older Mogwai climax, and it feels like a natural payoff; the long metamorphosis from skeletal dance number to balls-out rocker is finally complete.

While the album thrives on its slow builds, it’s not free of stagnation, and many of the dullest moments happen to pop up on vocal tracks. It’s not uncommon for a Mogwai album to feature some singing, but there are more musically fulfilling ways to use the human voice than the meandering spoken-word babble on “Repelish” about satanic messages and playing records backwards. The only track with real singing, “Blues Hour,” is a more pleasant experience, incoherent lyrics notwithstanding. But “Blues Hour” only truly takes off once the vocals have finished, building into an epic two-chord jam that’s the high point of the album. The vocoder-enhanced closer, deceptively titled “The Lord is Out of Control,” is the only true vocal success, a succinct, meditative coda with a melody that haunts without overstaying its welcome.

It’s admittedly hard not to feel that Mogwai are missing a degree of dynamism. Vocal tracks aren’t the only parts of the album that meander, as compositions with not quite enough melodic content, like “No Medicine for Regret,” feel drawn out, while others, like “Hexon Bogon,” are promising but over too soon. On the whole, though, these lapses in excitement are just Mogwai being Mogwai. They still feel like the byproducts of an exuberant desire to explore, odd left turns by an established band that can afford to take more of them than ever before. And for all the nuance and polish that age has added to their sound, it’s important to note that Mogwai can still rock, and they do so very hard.