Days Before Election, Students Brave Snow and Hit the Trail 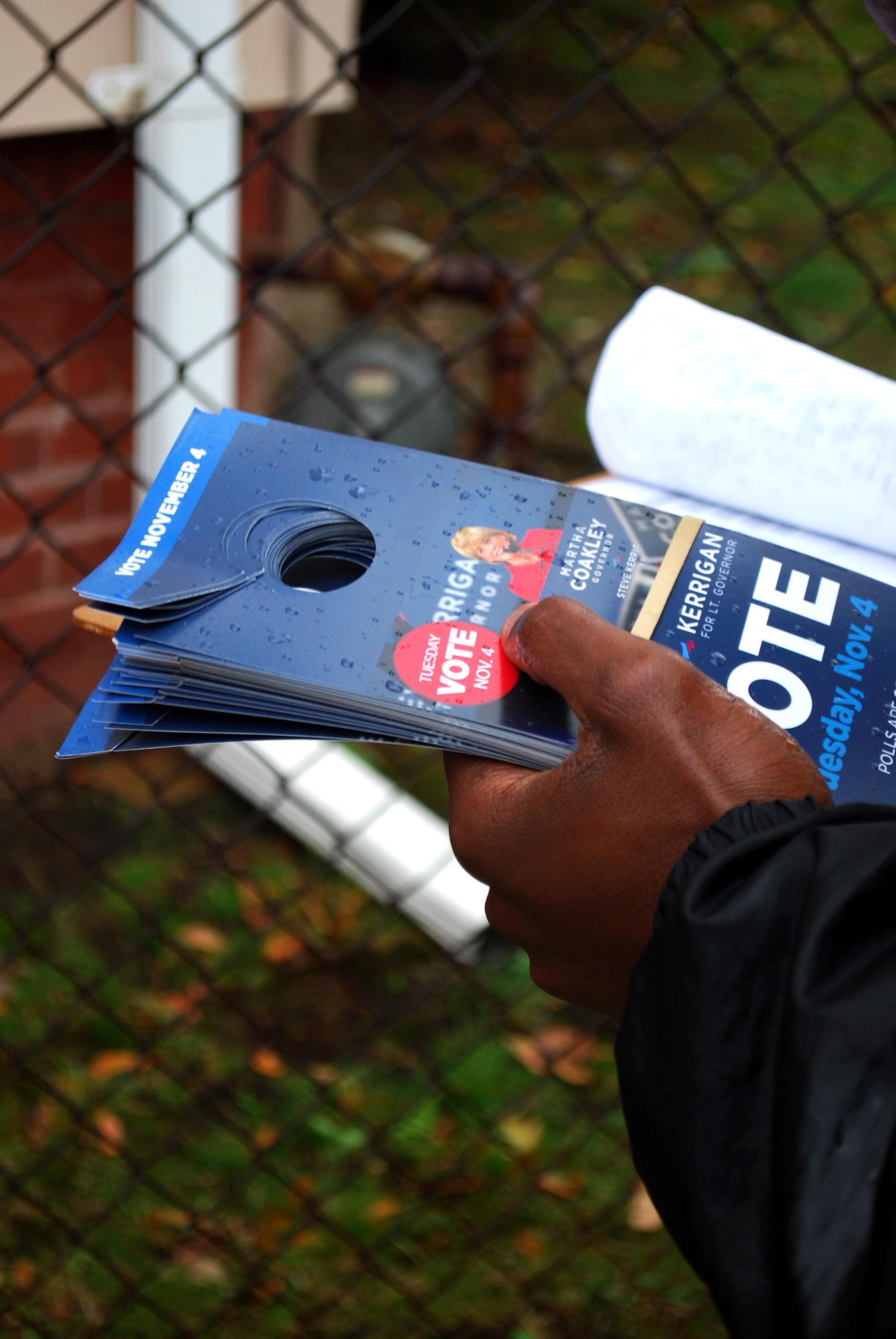 Walking through a cold drizzle on Saturday morning, Albert B. Corvah ’18 made his way down Cambridge St., knocking on doors and reminding residents to vote during his last weekend campaigning for Massachusetts Democratic gubernatorial candidate Martha M. Coakley.

Corvah, an intern for the Coakley campaign and a member of the Harvard College Democrats, was one of many students who spent the past few days on the campaign trail. 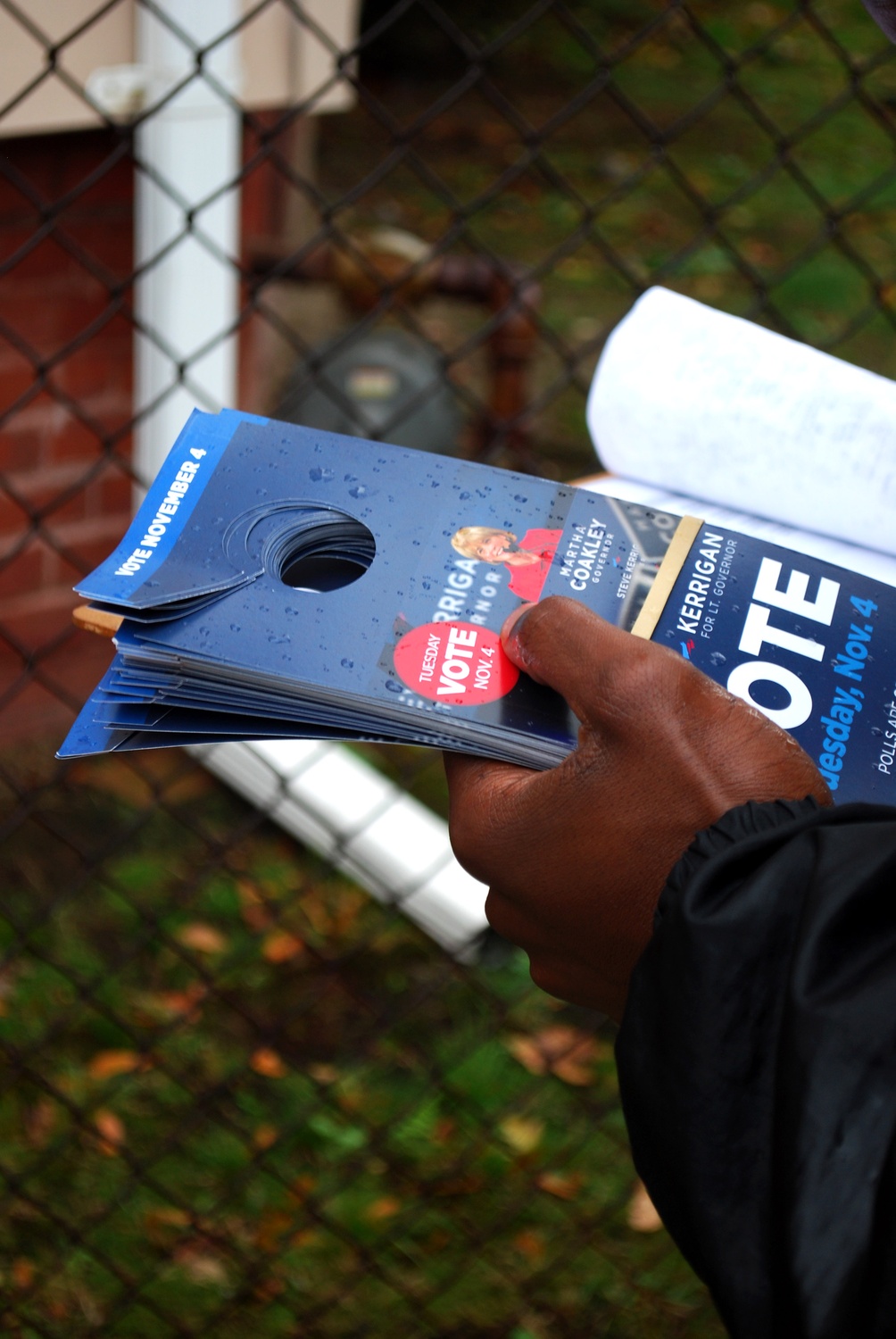 “Here in Cambridge it’s mainly Democrats, but not all of them are going to vote,” Corvah said. “So we have to squeeze those voters out as much as we can.”

As Tuesday’s elections approach, Harvard undergraduates have been campaigning for both major parties, braving cold weather and jaded voters. Though Harvard’s campus and the state of Massachusetts are traditionally liberal, College Democrats and Republicans said they believed their last-minute campaigning could have an important impact on election night outcomes.

With a full slate of events, including a trip to New Hampshire last weekend to campaign for Republicans, the Harvard Republican Club has had an active campaign season according to President Devi R. Nair ’16.

Nair said that her club has focused on areas of Massachusetts—including Salem, Billerica, Lynnfield, and Peabody—where the outcome of Tuesday’s election is “more of a tossup.”

“We’ve been trying to hit persuasion voters and independents, so those are districts that have kind of gone back and forth,” Nair said. “The initiative really falls on the younger generation to go out and make sure and see that that change is happening.”

According to Jacob R. Carrel ’16, vice president of the Harvard College Democrats, the group has tried to “support as many Democrats as we can.” To that end, the Democrats spent the weekend campaigning for Maine gubernatorial candidate Mike Michaud and phone banking for Coakley.

Both groups are optimistic about the prospects of their parties in the Massachusetts gubernatorial race.

For Cameron K. Khansarinia ’18, campaigning for Republican gubernatorial candidate Charles D. Baker ’79 has been exciting, particularly in contrast to Republican campaigns in his home state of California.

“Being a Republican in California is a lot like being a fish out of water, there’s not a lot of effective campaigning to do,” Kansarinia said. “[Charlie Baker is] a model of a Republican candidate.”

Ross C. Svenson ’15, campaigns director for the Harvard College Democrats, argued that Coakley has grown on many voters with her record defending minorities, such LGBTQ individuals.

“I think people have seen, as the campaign has gone on and as they’ve heard more about her, how impressive she is,” he said.

However, he said he has noticed increased enthusiasm from Republicans on campus due to Baker’s lead in the polls.

“I think the Republicans are definitely a little giddier than normal,” Svenson said.

Massachusetts voters will go to the polls Tuesday.