“Pompeii” is a Hot Mess 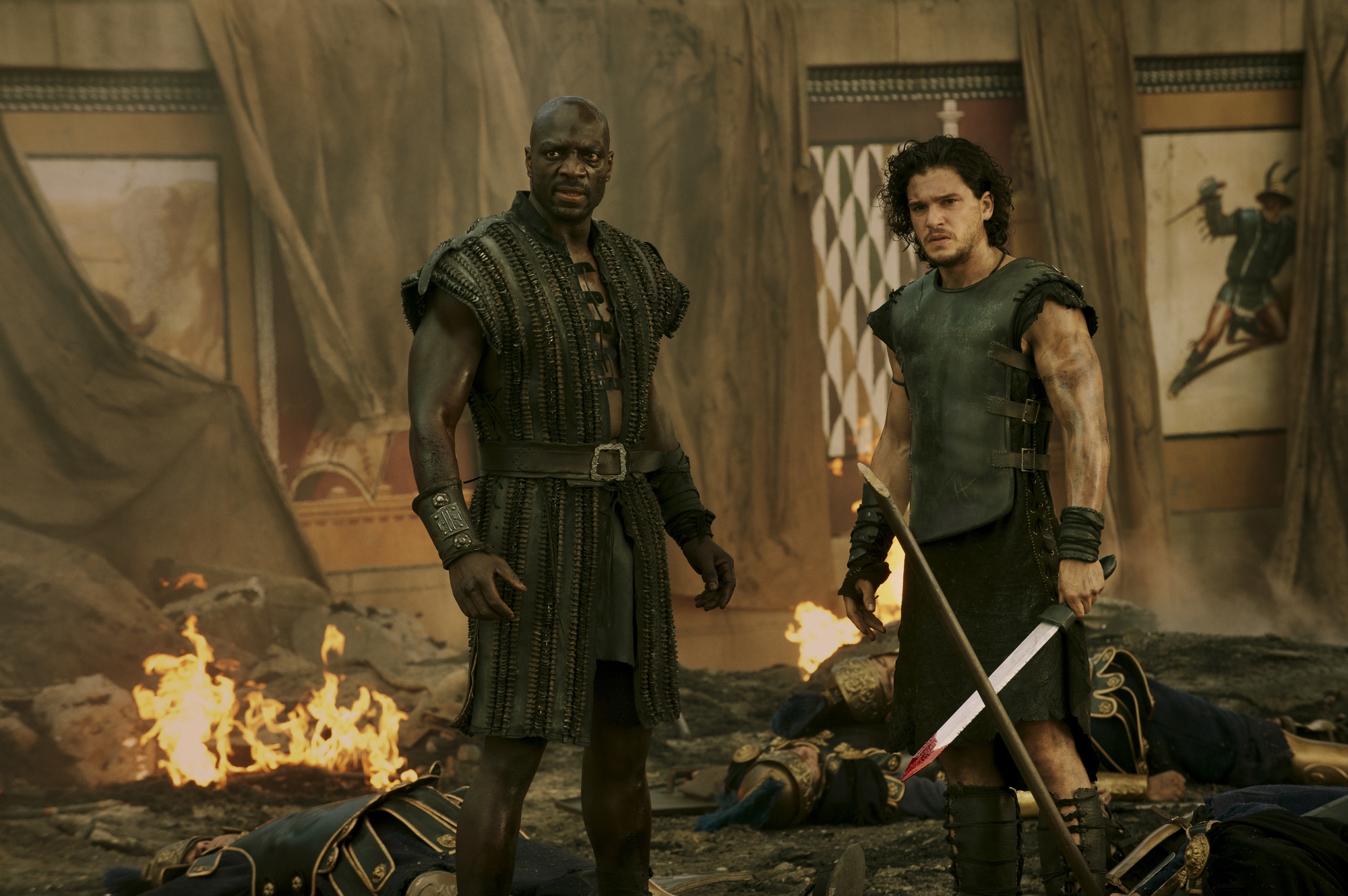 Smoke rises from the streets of ancient Pompeii. A low rumbling sound can be heard in the distance. The ground quakes, displacing colorful bazaar carts filled with goods left and right. Could this be the work of the gods? Nope. It’s Mt. Vesuvius, the volcano erupting on the outskirts of the city and threatening the lives of every citizen in a 20-mile radius. Though this shouldn’t be a spoiler for anybody who has ever skimmed a history book, Pompeii tries to play up the suspense before the eruption in order to prop up its main storyline, which focuses on outcast Celtic gladiator Milo’s (Kit Harington) attempt to save his true love, Cassia (Emily Browning), before the city is reduced to ash. There are triumphant moments in the movie that are entertaining to watch, but they are few and far between—scattered like debris on the ruins of what could have been a captivating film.

This is not to say that the film is not visually interesting. Director Paul Anderson’s decision to screen the film in 3D injects life into the movie’s setting. The audience can almost feel wisps of smoke curl up from the streets of Pompeii, which give way to flaming debris from Vesuvius and a massive tidal wave from the sea. While there are the cliché 3D moments where rocks and dust seem to fly out at the audience, it is the subtle touches (like the soft fluttering of a curtain) that fascinate. These intricate effects make the movie’s weak plot tolerable and give its setting an added layer of depth.

The tidal wave that sinks half of the city is about as deep as Pompeii’s plot ever gets. The issue here is that the film never quite commits to a genre—it wants to be “Gladiator,” “300,” and “The Day After Tomorrow” all at the same time. In addition to saddling the audience with the trite lovers-escaping-from-the-city plotline (will they get out in time?!), the film also pushes two subplots. One involves Milo’s friendship with fellow gladiator/slave Atticus (Adewale Akinnuoye-Agbaje) and their attempt to fight for their freedom in the context of shifting Roman political agendas. The other involves a deal Cassia’s father tries to make with a Roman senator to get more money for Pompeii so that they can spruce up their aqueducts, not knowing that the Senator made advances on his daughter when she was in Rome.

Unfortunately, neither subplot is interesting enough to care about on its own because each is only touched upon in a cursory manner before being interrupted by the wrath of Vesuvius. Other than Milo, the other characters in the movie are never developed enough to become anything more than accessories in Milo’s storyline, which is weak to begin with. Akinnuoye-Agbaje and Harington deliver their performances with conviction, but neither can overcome the laziness of the writing in the script. This is evidenced by the movie’s main premise: Milo and Cassia fall madly in love after about one and a half days of knowing each other and barely speak before the city is buried in volcanic debris. Though suspension of disbelief is key to enjoying most movies, having to swallow this storyline is insulting.

Even the movie’s visual beauty and moments of clarity in the plot cannot dig Pompeii out of its grave. The film gets dragged down by tedious tropes—like the rich girl falling for the slave boy because he “makes [her] feel alive”—which introduces an unforgivable cheesiness to the plot and reduces the film to a nicely-illustrated recounting of a volcanic eruption that takes up an entire 45-minute sequence. Not interesting enough to be a period-piece drama and not suspenseful enough to be a good natural disaster film—the suspense has been lost in the almost 2000 years since the eruption—Pompeii fails to rise to the level of its much more complex predecessors and is instead reduced to rubble.