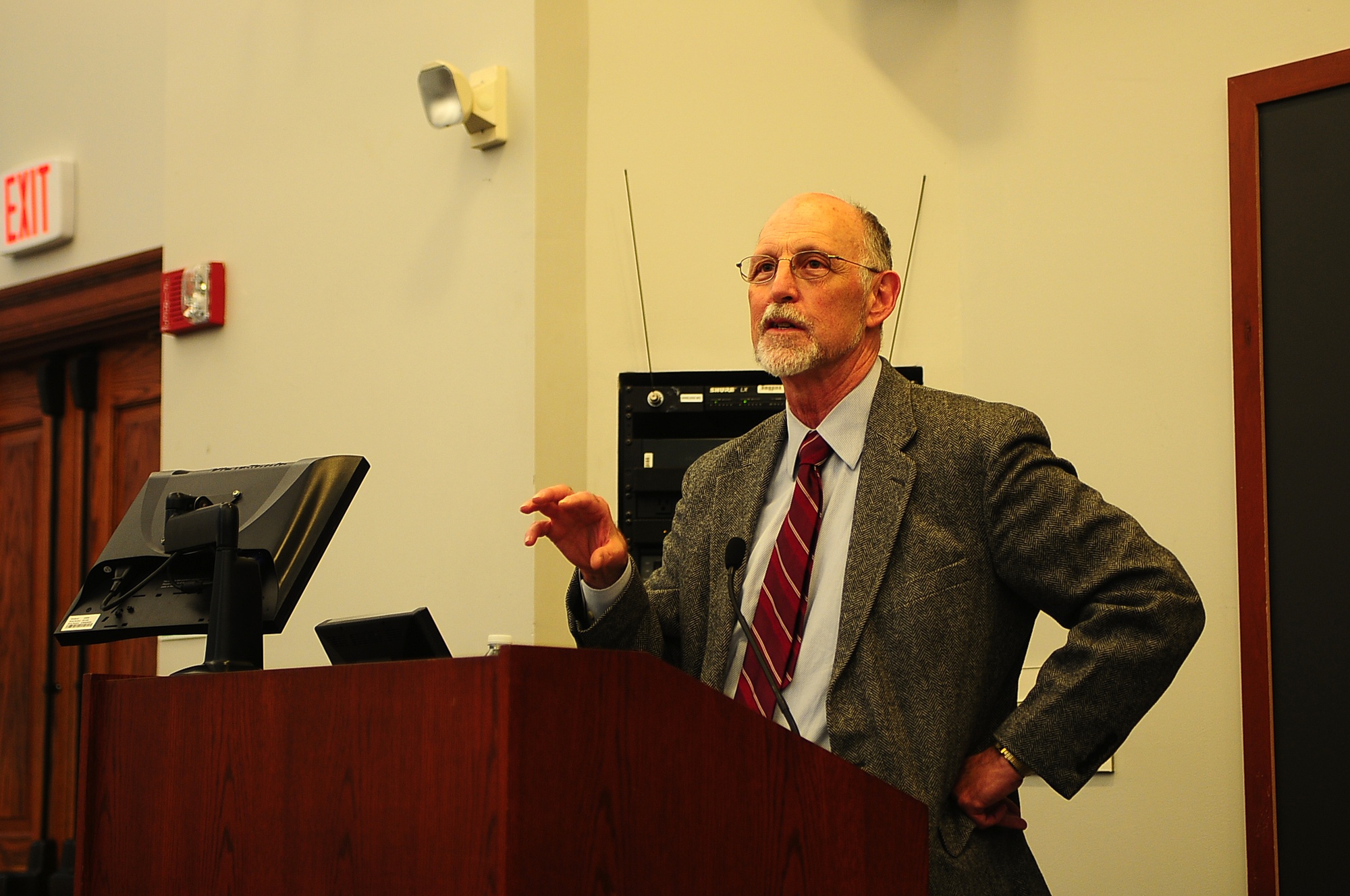 Interim Dean of the College Donald H. Pfister shares his thoughts on the importance of building a supportive community within the world of academia during a panel last fall.
By Madeline R. Conway and Steven S. Lee, Crimson Staff Writers

A committee tasked with reviewing the College’s resident dean position has recommended a change to the name of the role, reaffirmed that those appointed to the position should hold a Ph.D., and suggested that the deans continue to report to the dean of the College, among other points.

The review committee, which was convened last summer by Dean of the Faculty of Arts and Sciences Michael D. Smith, has submitted its recommendations to Interim Dean of the College Donald H. Pfister for approval, Pfister confirmed in an interview Friday.

Pfister said that he has several choices to make before signing off on the report—among them what exactly the position will be called—and that he plans to accept the recommendations by sometime within the next week. He was in the process of working on a memo to accept the report on Friday, he said. 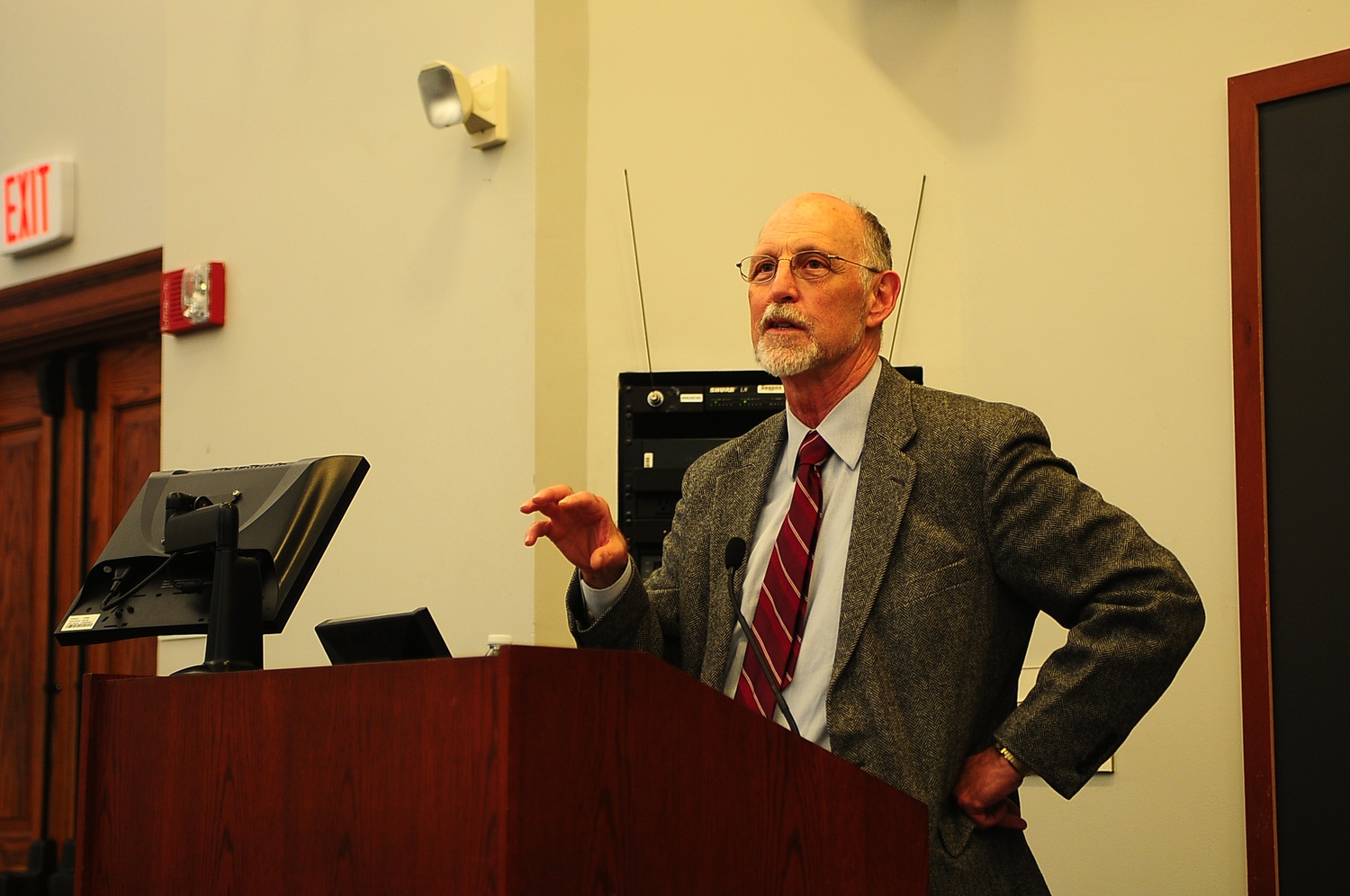 Interim Dean of the College Donald H. Pfister shares his thoughts on the importance of building a supportive community within the world of academia during a panel last fall. By Connie Yan

Pfister said that the name of the position will change “in some way” likely to contain some variation of the words “House” and “dean,” but that he had yet to decide which option he would approve.

Pfister cited what he characterized as concern among some current resident deans that their current title implies “more student life and less academic and administrative oversight” as motivation for the proposed change.

If the proposal is approved, it would not mark the first time that the terminology for the resident dean position or its equivalent has changed. Equivalent administrators were known as Allston Burr senior tutors until the name of the role was changed to its current iteration in 2006.

According to Pfister, the committee reaffirmed the requirement that those serving in the resident dean position hold a Ph.D. Pfister cited the deans’ teaching role as a reason for why a Ph.D. is necessary.

“It’s very difficult to have a teaching position in FAS without a Ph.D.,” Pfister said.

In addition, the review committee’s report addresses term limits and establishes specific review procedures for the position, Pfister said. Currently, resident deans are appointed to five-year terms with the possibility of renewal, but there is not an explicit limit on the number of terms a dean may serve. Pfister called the current term limit structure “nebulous.”

Pfister declined to say how many years or terms the deans would be able to serve under the proposal, but he said that deans will not be able to go on in the position “indefinitely.”

The review committee’s submitted recommendations follow a little over a year after revelations that administrators had secretly searched the email accounts of resident deans, which reignited a years-long debate over the administrators’ roles at the College. In the scandal’s fallout, administrators did not immediately clarify whether or not resident deans are faculty members and thus fall under the FAS email privacy policy, although Smith and then-Dean of the College Evelynn M. Hammonds later acknowledged that the deans are considered faculty.

Adams House Co-Master Sean Palfrey ’67 suggested in October that the email search controversy in part prompted to the decision to review the resident dean position.