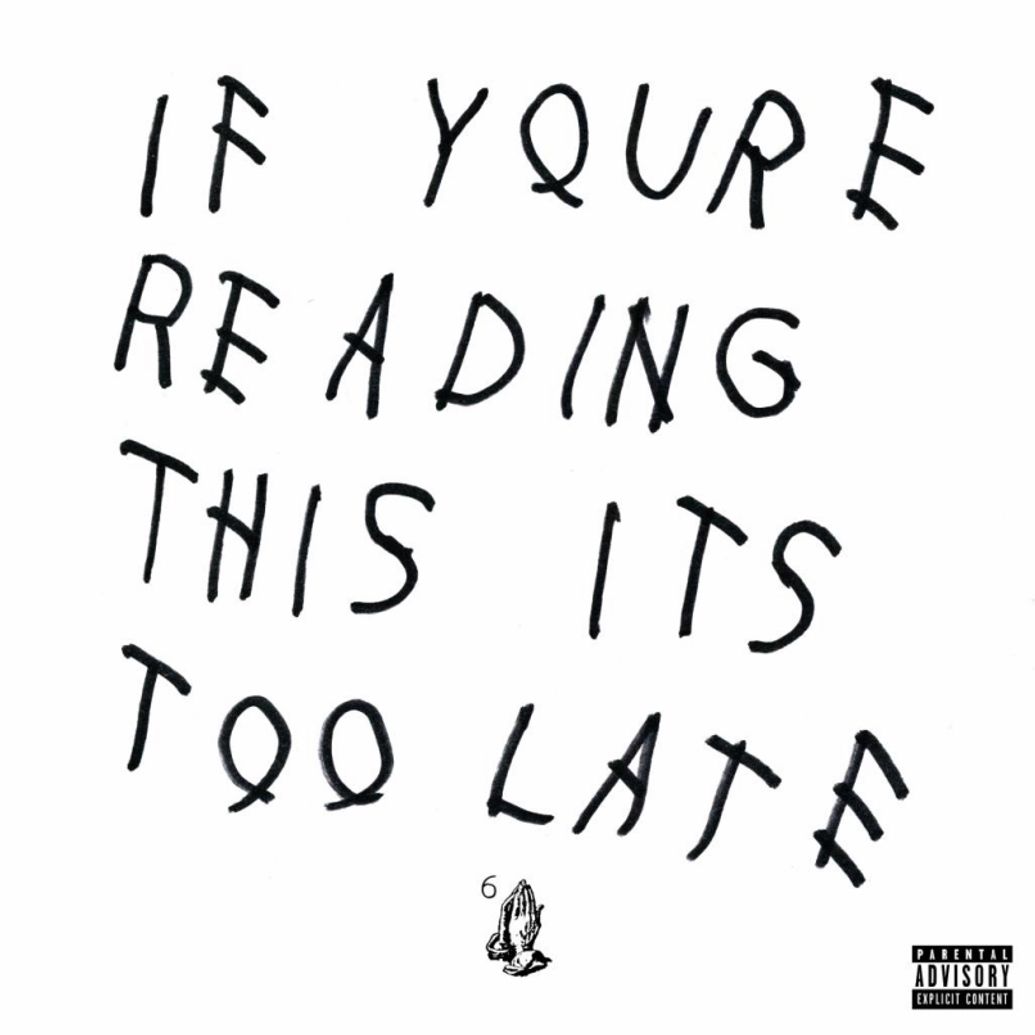 Although the surprise release of “If You’re Reading This It’s Too Late” will inevitably bring comparisons to Beyoncé’s 2013 self-titled album, Drake’s latest effort might more aptly be juxtaposed with Young Money labelmate Nicki Minaj’s “The Pinkprint.” Both artists have struggled to be taken seriously at times, Minaj as a woman and Drake as a man. And where “The Pinkprint” was Minaj’s way of legitimizing her frustration, “If You’re Reading This It’s Too Late” is Drake internalizing his and trying to balance his widespread fame with his longing for a sense of identity.

A mixtape disguised and packaged as a full-length album, “If You’re Reading This It’s Too Late” touches on many of the same themes as previous entries in Drake’s discography. Drake himself, however, seems more veteran than ever as he effortlessly shifts between quiet self-reflection and “Headlines”-esque bravado. But as Drake will be the first to attest, that’s where the similarities between “If You’re Reading This It’s Too Late” and the “Take Care” era end. “Please don’t speak to me like I’m that Drake from four years ago / I’m at a higher place,” he says on “No Tellin’.” The versatile rapper appears unsurprisingly comfortable on an album lacking in features and radio-ready singles; the minimal and shifting nature of “If You’re Reading This It’s Too Late” gives Drake the freedom to rap ferociously throughout “Energy” and dedicate “Jungle” to gentle, wandering vocal lines.

Despite the album’s scribbled cover, its diverse tracklist shows evidence of Drake’s trademark dedication to his work. The expansive “Star67” is divided into two completely different halves, connected by a familiar disconnection message from a telephone operator. Though the sudden interjection seems forced, the two halves of “Star67” function organically as two parts to a touching story. Even the seemingly simplistic opener, “Legend,” is backed by a stunningly beautiful sample of Ginuwine’s “So Anxious,” and “6 Man,” the shortest track on the album, ends with a thoughtful nod to Erykah Badu’s hook on “You Got Me” by the Roots.

The production on “If You’re Reading This It’s Too Late” is largely handled by the in-house producers of Drake’s own OVO Sound, giving a sense of welcome familiarity between the vocals and the production. Boi-1da’s dark and brooding contributions provide a familiar backdrop to Drake’s schizophrenic verses, and Noah “40” Shebib’s “Madonna” pits a slowly burning beat against an entrancing, murmured hook. PARTYNEXTDOOR, another OVO labelmate, stars on “Preach” and “Wednesday Night Interlude,” where he layers distorted vocals over eclectic samples from rapper Haven’s “Feelings” and a chopped-up version of up-and-coming EDM force Ekali’s “Unfaith.” The latter track is PARTYNEXTDOOR’s most gripping contribution to the album, a free-form R&B ballad that introduces the more introspective and personal second half to the album.

Even with the meticulous composition and production, “If You’re Reading This It’s Too Late” is ultimately a mixtape at its core, and its 17 disparate tracks feel effortlessly honest, almost stream-of-consciousness. It’s a strangely nostalgic album, as evidenced by countless references to Toronto as “the Six.” The most touching of these is “You & The 6,” a heartfelt tribute to Drake’s parents that manages to be comprehensive and cutting without losing its genuinity. But there’s also a different nostalgia on the album for a simpler life without the cost of fame. “I need a girl from the country, I need a girl from Kentucky,” Drake raps on “Company.” Later on the track, he turns singularly direct, confiding, “I need you to take my mind off being in my prime.”

The struggle to be taken seriously can easily weigh an artist’s discography down, but, fortunately, Drake shows on his latest release that he knows when to let his music speak for itself. The album’s closer, “Jungle,” is a refreshingly no-twists slow-burner that brings the tape to an ethereal, intimate end. The release of “If You’re Reading This It’s Too Late,” which potentially completes Drake’s four-album deal with Cash Money Records, ushers in a Drake who is no longer questioned for his authenticity but recognized for his talent. If anything, Drake’s insistence that his latest release is a mixtape suggests that the album is both an effective capstone to his rise and an introduction to a new sound on an LP that is yet to come.