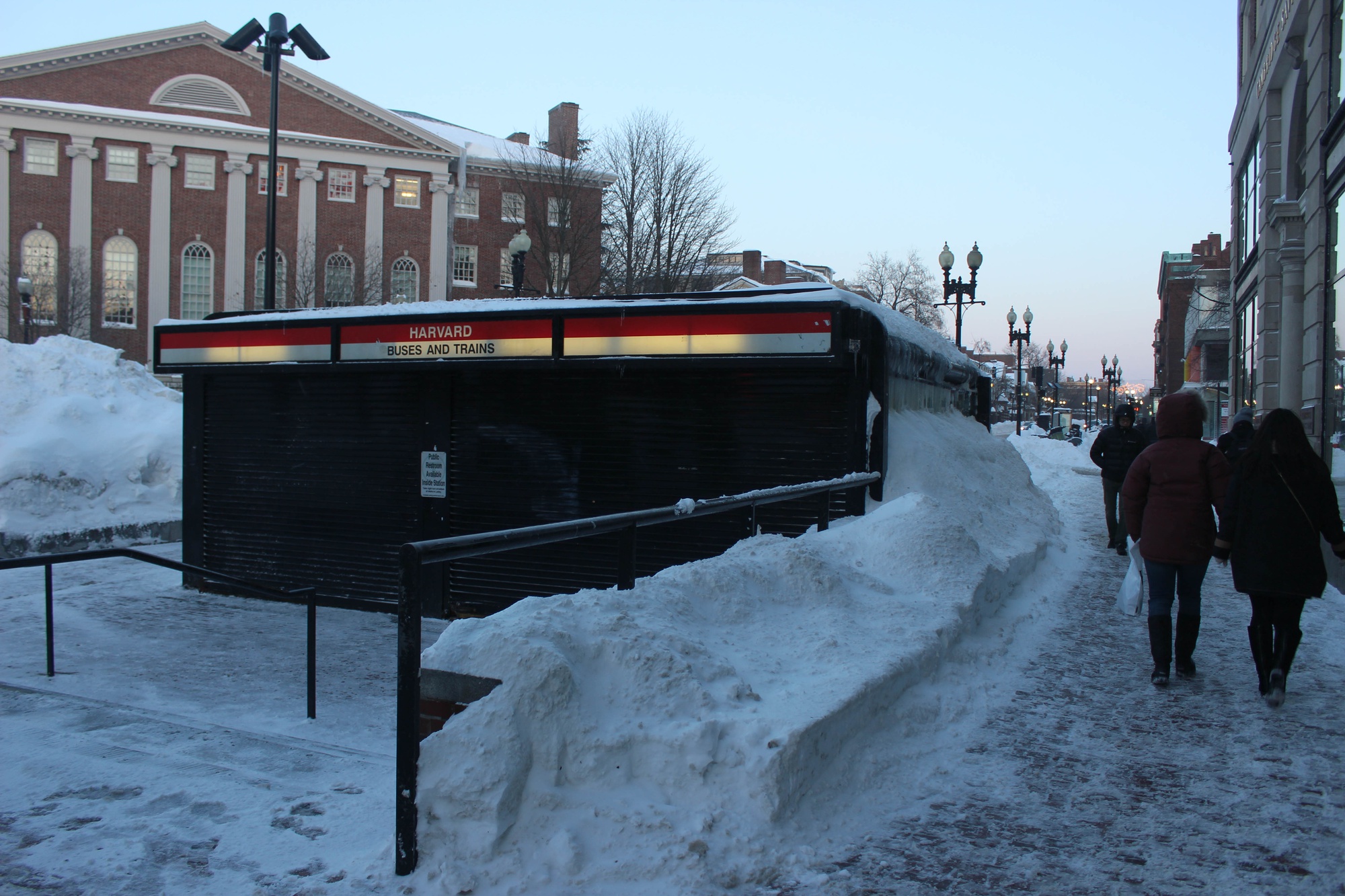 The MBTA will offer a free fare day in April in addition to a 15% discount on month-long passes in May. The price reductions come after the T shut down numerous times due to snowstorms this winter.
By Forrest K. Lewis and Samuel E. Liu, Crimson Staff Writers

In response to multiple shutdowns of services this winter, the MBTA will offer a free fare day on April 24 and a 15 percent discount on monthly passes in May.

The MBTA has come under heavy criticism for its performance in this historically snowy season. A report released Wednesday by a watchdog group is calling for an independent audit of the T.

"In short, the T has reached the end of its line," the Massachusetts Taxpayers Foundation wrote.

At least one of Harvard’s three snow days this year occurred following an announcement of an MBTA shutdown. Officials cited the difficulty employees would have reaching Harvard as a reason for at least one of the University’s closures. 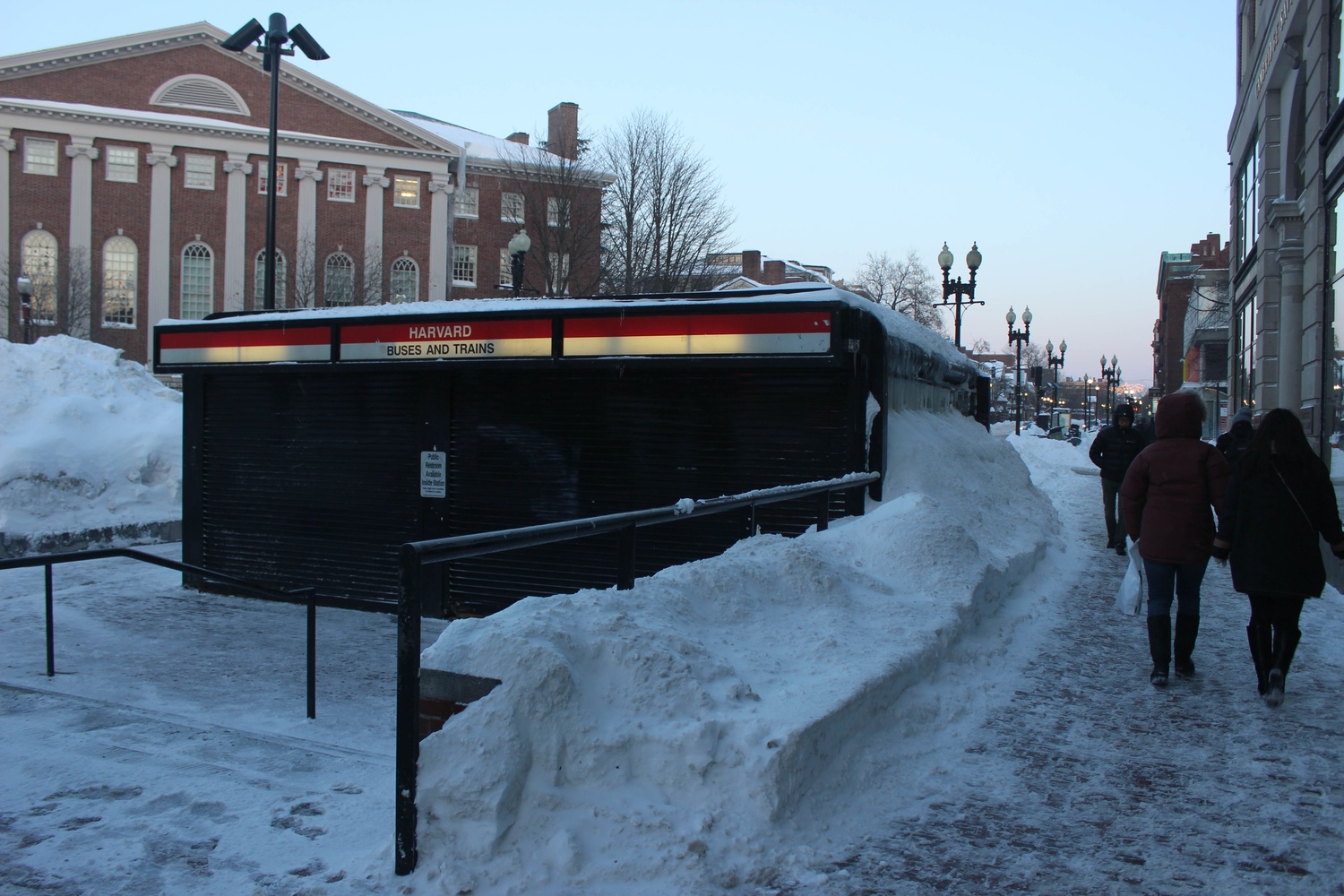 The MBTA will offer a free fare day in April in addition to a 15% discount on month-long passes in May. The price reductions come after the T shut down numerous times due to snowstorms this winter. By Savannah I. Whaley

Robin Chase, a member of the Massachusetts Department of Transportation Board of Directors, said the decision was influenced by pressure from customer feedback and media criticism but ultimately came from a mutual understanding of the stresses and difficulties the shutdown caused.

“We...empathize enormously with people who couldn’t get to work and people who had long wait times,” Chase said.

Chase said that in addition to reparations, the MBTA is taking strides to increase the preparedness of the public transportation system for future weather events.

“MBTA is doing an audit of everything that happened,” Chase said. “Do we have the right equipment, is it in good maintenance, do we have the right procedures?” Chase added that outside organizations will also examine the MBTA’s storm response.

A monthly pass for the MBTA costs $75. A 15 percent discount would make each pass $63.76, reducing the price by roughly 37.5 cents per day. The discount and free day will cost the MBTA a total of $5 million.

At a MassDOT board meeting Wednesday, board members said they hoped the gesture would help rebuild faith in the transit service. The board approved the changes unanimously, MBTA spokesperson Joe Pesaturo wrote in an email.

“I think it’s a great gesture to recognize that riders went through a lot of difficulty,” Boston City Councilor Michelle Wu ’07 said. “It’s hard to make up what people lost in terms of minutes waiting or missed connections.”