Bureau of Study Counsel To Move Under College's Purview 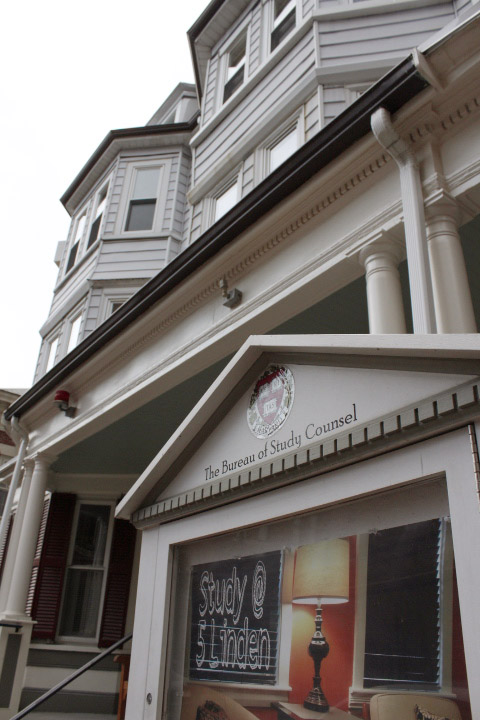 The Bureau of Study Counsel, currently a part of Harvard University Health Services, will report administratively to Harvard College starting in July.

Dean of Undergraduate Education Jay M. Harris announced the change in a community email Monday morning. Created in 1947, the BSC has functioned in tandem with other offices, including the Accessible Education Office and the Advising Programs Office, designed to assist students with their academic and other problems, according to Harris. Since those offices operate individually, all “with distinct mandates,” the lack of coordination has been a “source of some frustration” for administrators, he said.

Under the umbrella of UHS for the past 11 years, the BSC has created additional organizational difficulties for administrators, Harris said.

“The Bureau was brought fully under the umbrella of UHS, and that meant it was not part of the College, even as, of course, most of its work was with College students,” he said. “We’ve been thinking for some time now  of how we can, first of all, bring the Bureau back to the College, so that it can be much more a part of this academic support team but also how we can coordinate all of these services better.”

“It has been very hard to understand who needs what, in a broad sense, and this will enable us to get a better handle on who are our students who are experiencing challenges and what kinds of resources can be deployed to better support them,” Gaylin said in an interview attended by Harris, BSC Director Abigail Lipson, and Faculty of Arts and Sciences spokesperson Rachael Dane.

Lipson agreed with Gaylin that better targeted aggregate data will enable the Bureau to reach out to students in need, including those who “feel shy about coming in and seeking services,” Lipson said.

The BSC, as it was conceived, had hired professional counselors who focused both on academic and mental health support, according to UHS Director Paul J. Barreira, who spoke to The Crimson Monday afternoon with a spokesperson, Lindsey Baker, present.

“It was...a hybrid model,” Barreira said. “It provided both the academic learning center activity and counseling, as in professional counseling activity. And people had viewed that as value-added for students.”

Barreira said that this model, however, does not reflect the current needs of students.

“Maybe the time has come that the hybrid model has sort of had its moment, its long moment, in history, and to better provide the academic support to students, it’s time for the Bureau to return to the College exclusively as an academic support, learning center office,” he added.

Without BSC counselors under its purview, UHS will be moving some mental health-related offices to its fourth floor, currently the home of the Stillman Infirmary whose overnight care facility will close at the end of this academic year. In addition, UHS will increase its personnel to provide counseling services for students who previously had received professional counseling from the BSC, Barreira said.

At the same time, since BSC staff members will no longer need clinical licenses, the Bureau will expand to include other professionals focused on mitigating students’ academic difficulties, Gaylin said.

When separated, the BSC and UHS’ Counseling and Mental Health Services still may operate in a “bidirectional” way, with staff members referring students to the appropriate resources, Barreira said.

Administrators also are looking to change the name of the BSC to clarify its mission as an academic support office, they said.

Two options on the table are the “Center for Learning and Academic Support (CLAS)” and “Academic Life Learning Office (ALLO).” To discuss new names and other aspects of the BSC, Harris invited undergraduates to participate in a town hall meeting in the Phillips Brooks House Association parlor room on Wednesday.