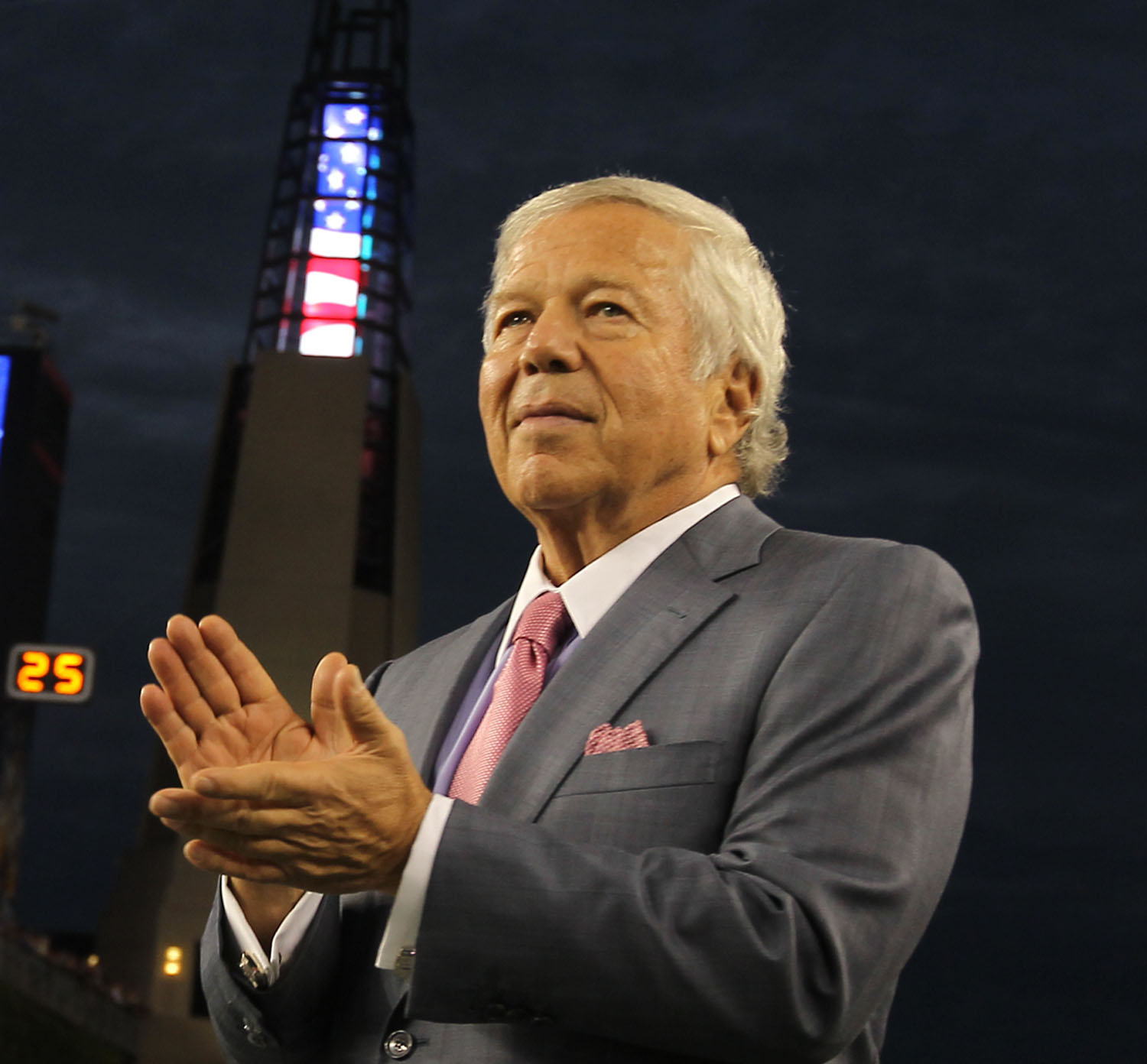 When Harry Kraft passed away, he left an “ethical will” to his son Robert K. Kraft, a 1965 graduate of Harvard Business School.

According to Robert Kraft’s eldest son Jonathan A. Kraft, the will was meant to serve as a guide for how to live one’s life. It was centered around one of his father’s favorite quotes, something Robert has often repeated to his four children.

“When you go to bed at night, you ask yourself, ‘Is everyone who has come in contact with me today richer for having had that experience?’” recalled Jonathan Kraft, who received his MBA from the Business School in 1990. “When you meet and interact with people, be empathetic, [and] find out what’s going on in their lives. You can always be of help to other people, and in doing so and living your life in that way, you will create a good name for yourself. It’s much more valuable than any amount of money.”

Robert Kraft currently serves as the Chairman and CEO of the Kraft Group, a holding company with diverse assets in sports, real estate, and packaging—a role that enabled him to become a household name as the owner of the New England Patriots. With a more than $4 billion estimated fortune, he ranks among “Forbes 400 Richest Americans.”

By Courtesy of Robert Kraft

Still, Kraft’s love for his family and passion for philanthropy have allowed him to live up to his father’s ethical will through prioritizing the needs of others, be it his sons or students at the Business School.

Before he would become the businessman he is today, Robert Kraft grew up in Brookline, Mass., where his father worked in textiles and was an involved leader at Congregation Kehillath Israel, the family’s synagogue.

After graduating from Brookline High School in 1959, Robert Kraft went to Columbia University and graduated in 1963 as senior class president. Instead of immediately joining the workforce, he came to Cambridge to enroll at the Business School.

Those who observed Kraft in the classroom still remember him as thoughtful and academically adept.

“A memory I have of him was with professor [Theodore] Levitt, who was known for his scare tactics,” said Fred K. Foulkes, who was a member of the class of 1965’s Section C alongside Kraft. “One day, [Levitt] called on Bob and he did such a great job. I got to know him pretty well. He was very smart.”

Another classmate, Jean-Pierre J. Lehmann, noted that while Kraft was a very active participant in section, he “was not very present for socializing.”

“People who are married and are from Boston, they have their own life,” Lehmann said.

After marrying his late wife Myra in June 1963, Kraft had to reconcile his studies at the Business School with raising two sons—Jonathan, born during Kraft’s first year and Daniel, born during the second. The couple would go on to have two more children, Joshua and David.

Jonathan Kraft explained that his father sometimes regretted that he was not able to network as much as his classmates did due to his familial responsibilities.

But even with the challenges his schedule posed, his intelligence and skill in the classroom allowed him to excel. For this reason, schoolmates like Richard P. Kiphart have not been taken aback by his triumphs in the business world.

“He was very respectful of the teachers and the subjects,” Kiphart said. “I greatly respect him for what he has done. It is not a surprise that he was a great success.”

As Kraft embarked on his career after graduating from the Business School, his son Joshua Kraft maintains that his father emphasized family above all else.

Jonathan Kraft marvels at how his father was able to strike a balance between work and children, given the lack of financial resources he had at the time and the strenuous demands of starting a business.

“I don’t ever remember my father, [when I was] a young boy, missing a birthday, missing a game, or not being home for dinner at 6 o’clock at night,” Jonathan Kraft said.

He described him as “a father and husband first, businessman second.”

Nevertheless, Kraft quickly advanced in his career. His first job after receiving his MBA was at the Rand-Whitney Group, a packaging company in Worcester owned by his father-in-law. After just three years, he acquired the majority share through a leveraged buyout in 1968.

Four years later, he started International Forest Products, a paper company. In 1994, he purchased the New England Patriots. Kraft eventually consolidated all of his business holdings to create the Kraft Group in 1998.

While much of Kraft’s public fame has been centered on his ownership of the Patriots, who have won four Super Bowl titles since 1994, he is known at Harvard for his donations of time and money.

Jonathan Kraft said that his father credits much of his financial success to having obtained a fellowship when he entered the Business School in 1963. Given his modest means, his son said, the fellowship enabled Robert Kraft to attend the Business School where he encountered ideas and peoples he likely would not have been exposed to otherwise.

Kraft has used his wealth to “pay it forward” in gratitude for the financial assistance he received when he was a student, Nohria explained.

According to Business School Dean Nitin Nohria, Kraft has endowed several fellowships, aimed at supporting students with an interest in healthcare. Additionally, Kraft serves as an Honorary Chair of the Business School’s capital campaign and assisted in kicking off the Dean’s Sports Challenge at the Innovation Lab in November.

Ultimately, as Robert Kraft termed it in a 2008 interview with the Harvard Business School Harbus, he lives by “the four F’s: family, faith, philanthropy . . . and football.”

—Staff writer Hellary Y. Zhang can be reached at hellaryzhang@college.harvard.edu.