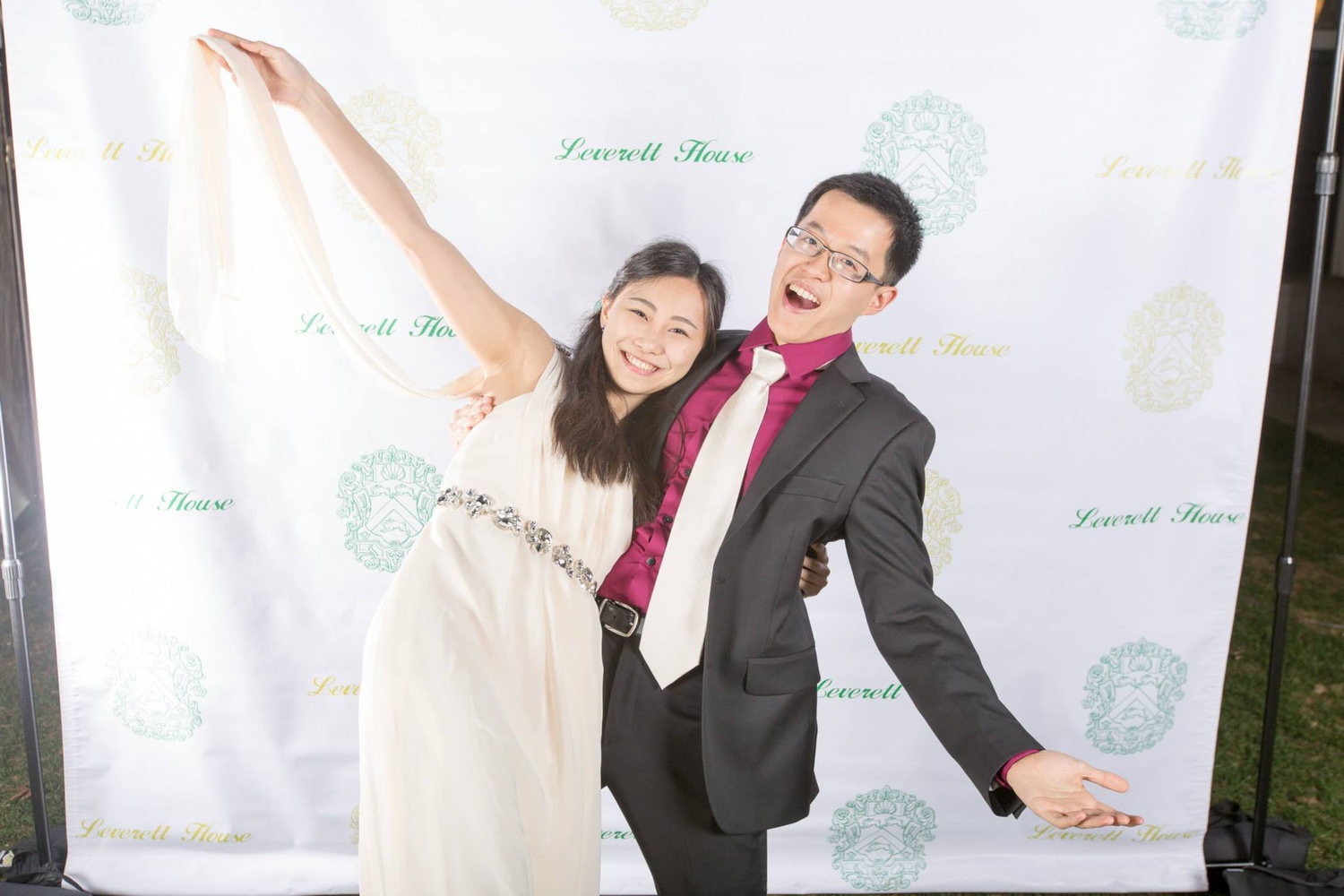 Dating since: April 28, 2014. During junior year we were both on board for Harvard China Forum, so we kind of became best friends. He was president and I was vice president, so we were just working on stuff everyday. And we went to every Lev event together.

Where you met: The beginning of sophomore year. She was the Operations Director for Harvard China Forum and I was interested in the organization, so I was at the info session. She was standing up front. After the info session, I went up to her to go talk to her and ask her about the organization. I actually saw her freshman year, too. During the [Chinese Students Association] Soiree she was standing outside of Boylston Hall making a phone call, but I didn’t talk to her at that time.

When you got engaged: We got engaged on our anniversary this year. We were having a picnic at Piers Park in south Boston—facing the harbor and Boston skyline and eating Darwin’s sandwiches when he popped the question. Afterwards we stayed at the Marriott next to the harbor and enjoyed the view there before heading back to campus the next day.

Most memorable date: We went to the White Mountains on a whim.

Three words to describe yourselves as a couple: Partners in crime

What your friends would say about you: We spend all of our time together. We’re one package. People call us “Yuechelen.”

An anecdote that captures your relationship: We went on a New York trip together at the beginning of junior year to attend the Colombia China Conference. The other people bailed, so it was just us. We spent the whole weekend there and we became really good friends. We lived in this super sketch Brooklyn hostel.

In 15 minutes you are: Playing video games

In 15 years you are: Playing video games in our mansion with our three kids and one dog