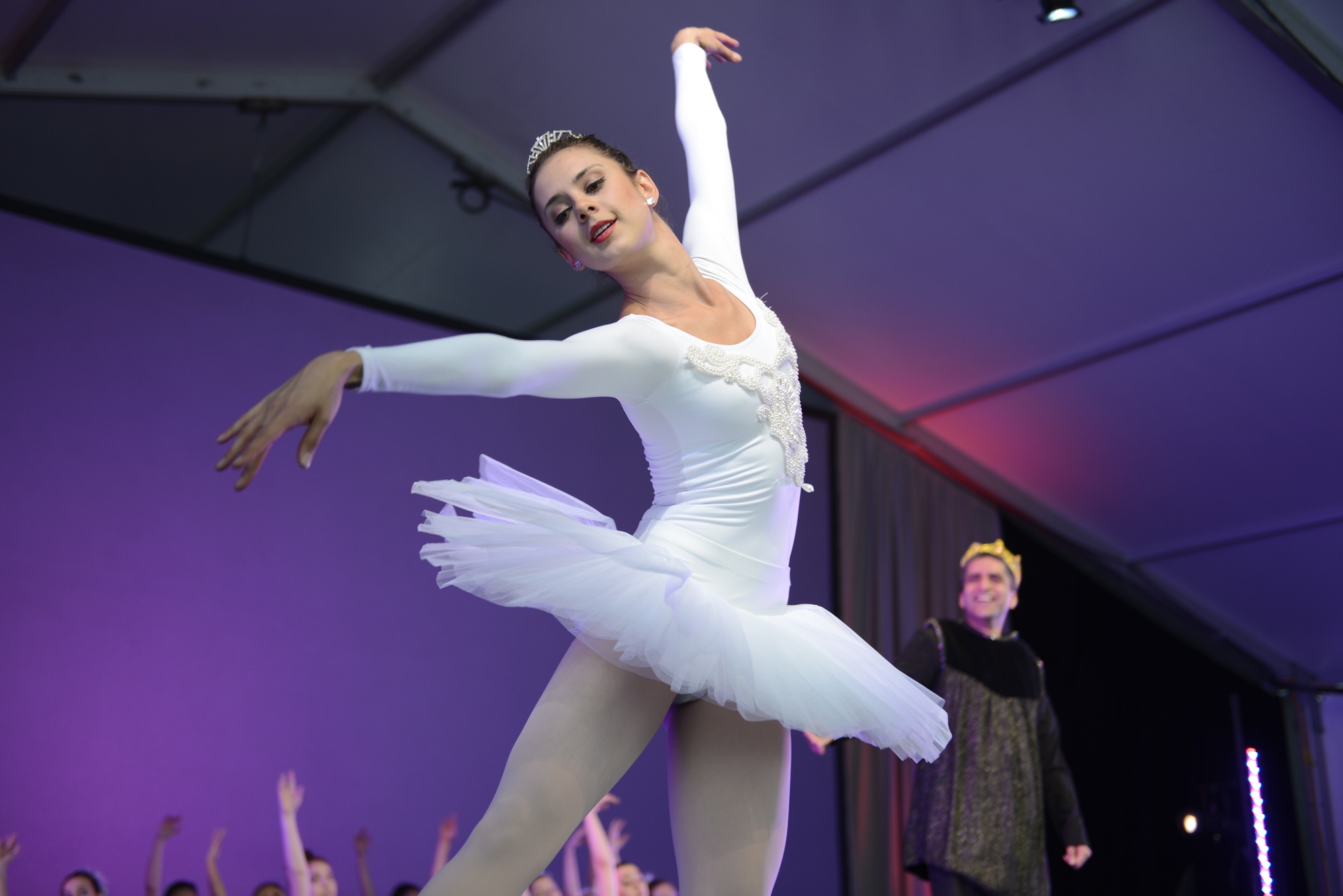 Lilly Riveron ’17, who danced the role of the Swan, performs a short solo after she finds her true love, the Prince, played by Dean of the College Rakesh Khurana.
By Piotr Linek, Contributing Writer 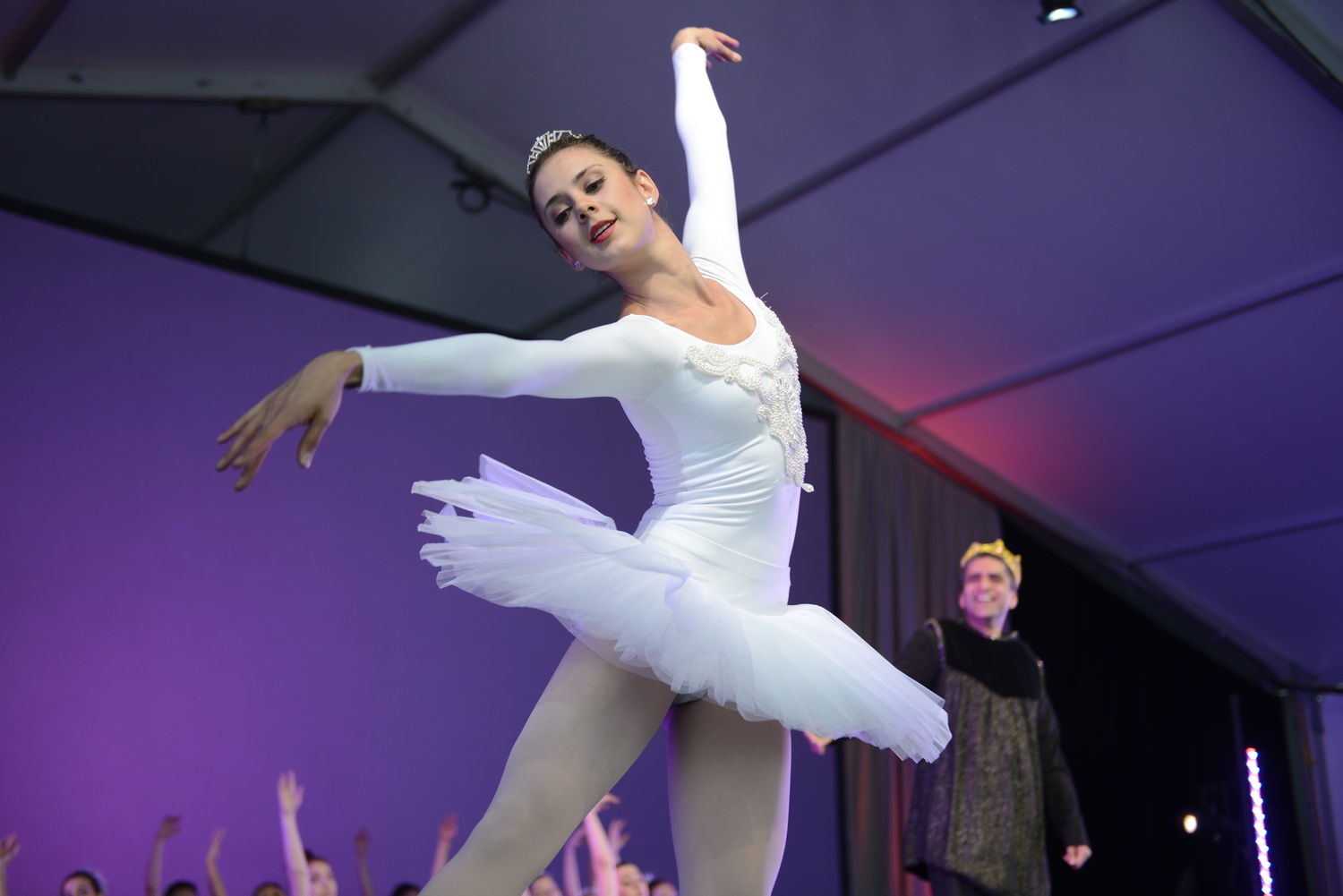 Lilly Riveron ’17, who danced the role of the Swan, performs a short solo after she finds her true love, the Prince, played by Dean of the College Rakesh Khurana. By Alana M Steinberg

More than 19 diverse dance groups performed Saturday as part of the annual Arts First Performance Fair. The four-day festival, spanning from April 30 to May 3, featured more than 100 live performances of music, literature, and art.

The Performance Fair opened with a ballet called “Swan Lake: For the Birds!” based on Tchaikovsky’s work which featured the Hasty Pudding Theatricals as well as administrators and faculty including Dingman, Dean of the College Rakesh Khurana, and professors Steven Pinker and Diana L. Eck. Various dance troupes, a capella groups, and improv comedy groups followed their performance.

Student performers discussed the excitement of seeing the diversity of groups featured during the fair.

Tiana J. Raphel ’16, a member of the Expressions Dance Company, pointed out the importance of exhibiting the cultural diversity present on campus to the local community.

“It’s just good to bring a wide array of people so that you can share the different cultures,” Raphel said. “A lot of the dance groups are coming from different backgrounds, so people can come and see a large range of backgrounds all in one place.”

Juan J. Aparicio ’15, a member of the Harvard Ballet Company, mentioned the unique atmosphere of the Arts First Festival was due in part to the large and supportive audience.

“It gives it a much more fun dynamic to know that there are kids dancing while you’re dancing too,” Aparicio said.

Aparicio said the festival also provided him with a great opportunity to watch other dance groups perform; his extracurricular commitments usually prevent him from watching other performances, he added.

However, others drew attention to what they called the poor timing of Arts First, which limited student involvement in the festival.

“I think it’s kind of weird that it’s scheduled during reading period,” said Alice L. Newkirk ’17, a performer in the Harvard-Radcliffe Gilbert and Sullivan Players.

She said that she would have liked to watch other student performances but could not due to her academic commitments.

Asia T. Stewart ’18, another member of the Gilbert and Sullivan Players, said that Arts First was a chance to showcase a different side of Harvard life to the community.

“I think [the festival] shows that Harvard is not just a Mecca of academic achievement,” Stewart said.

Swan Lake For the Birds - Lilly Riveron ’17, who danced the role of the Swan, performs a short solo after she finds her true love, the Prince, played by Dean of the College Rakesh Khurana. 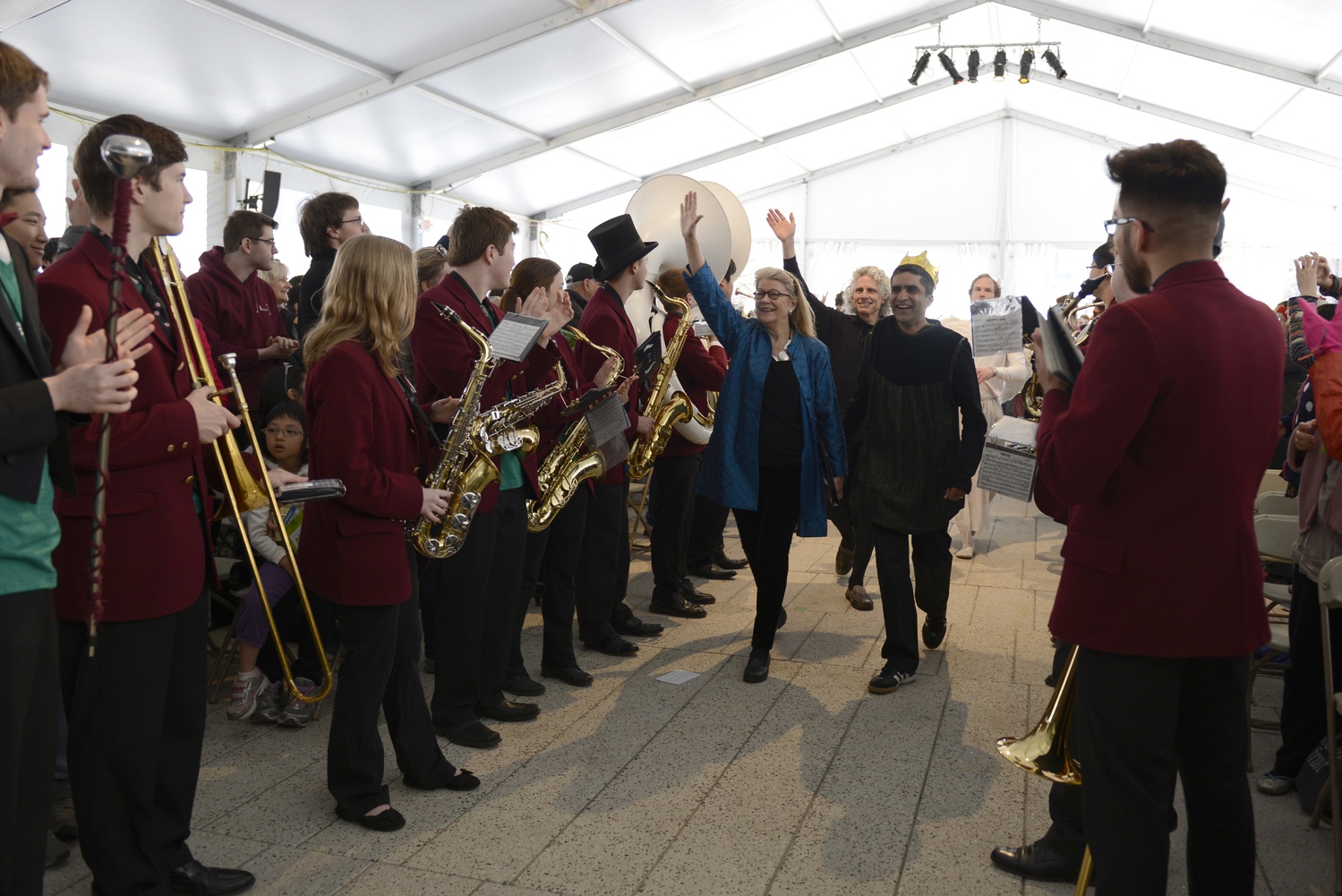 Faculty Entrance - Diana L. Eck and Rakesh Khurana make a grand entrance into the Science Center Plaza for the performance “Swan Lake: For the Birds!” as part of the Arts First festival on Saturday. 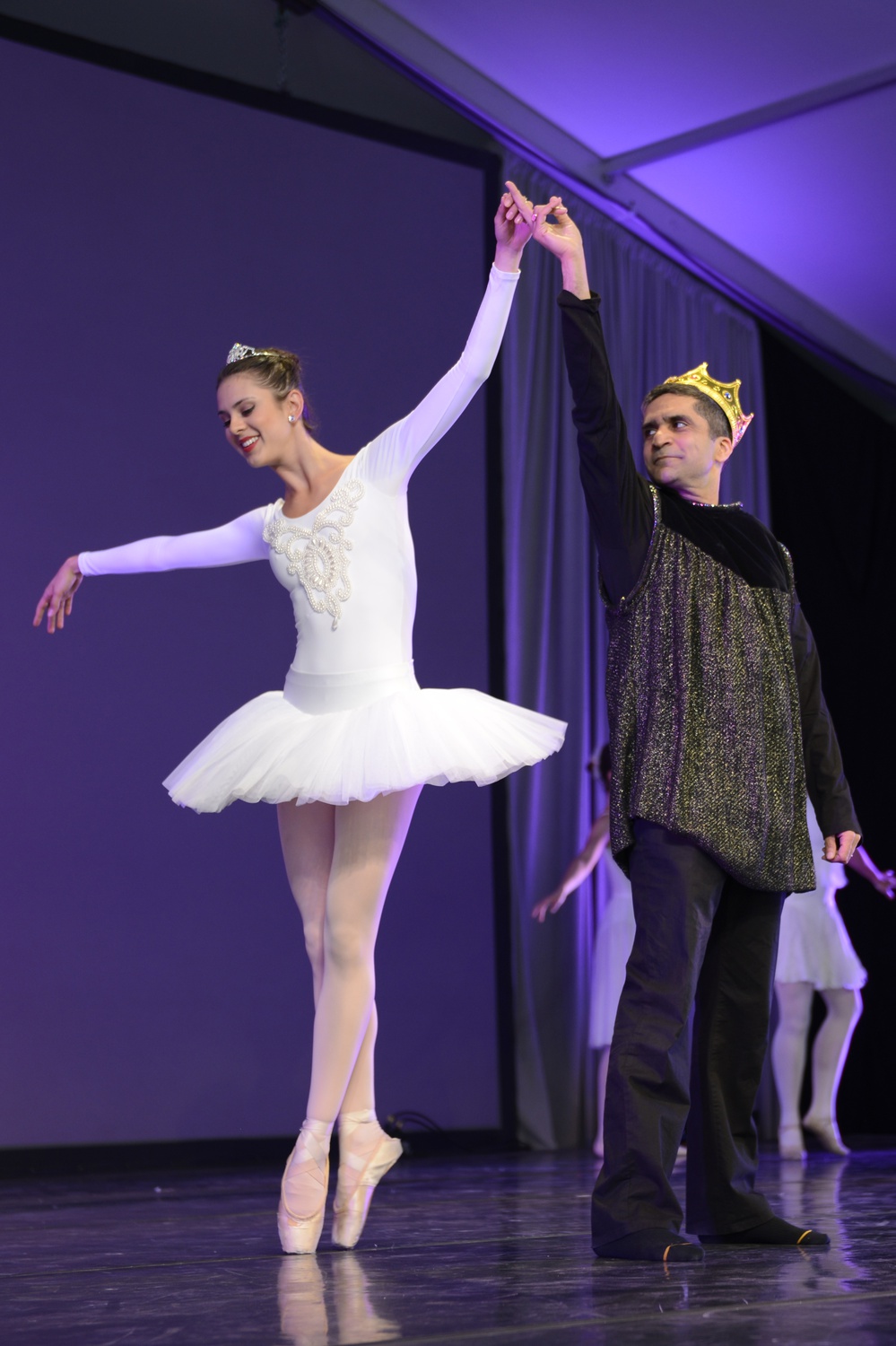 Bouree - Lilly Riveron ’17, who choreographed “Swan Lake: For the Birds!” bourees around Dean of the College Rakesh Khurana in the final scene. 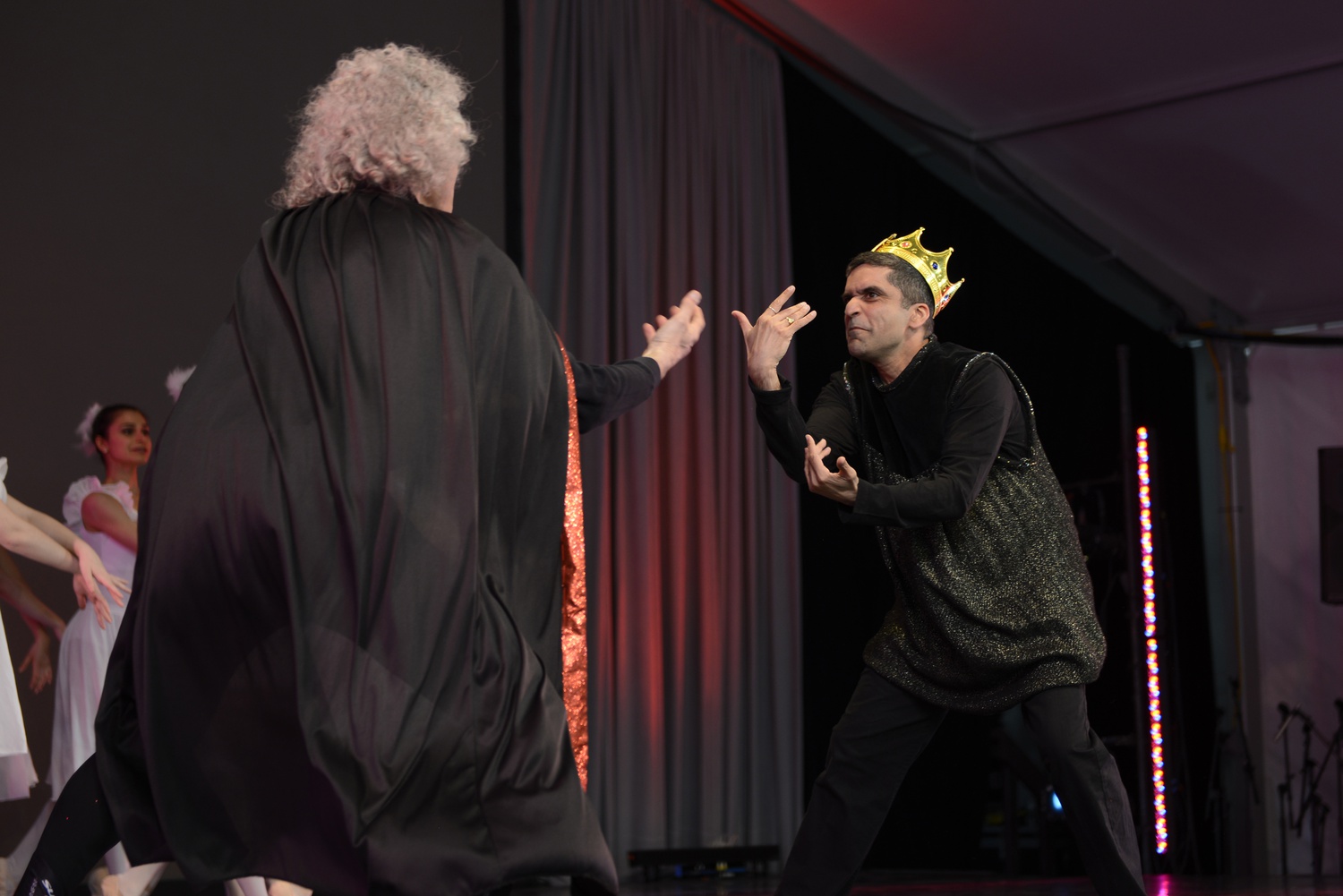 The Fight - Dean of the College Rakesh Khurana, playing the Prince, prepares to kill the Sorcerer, played by professor Steven Pinker. 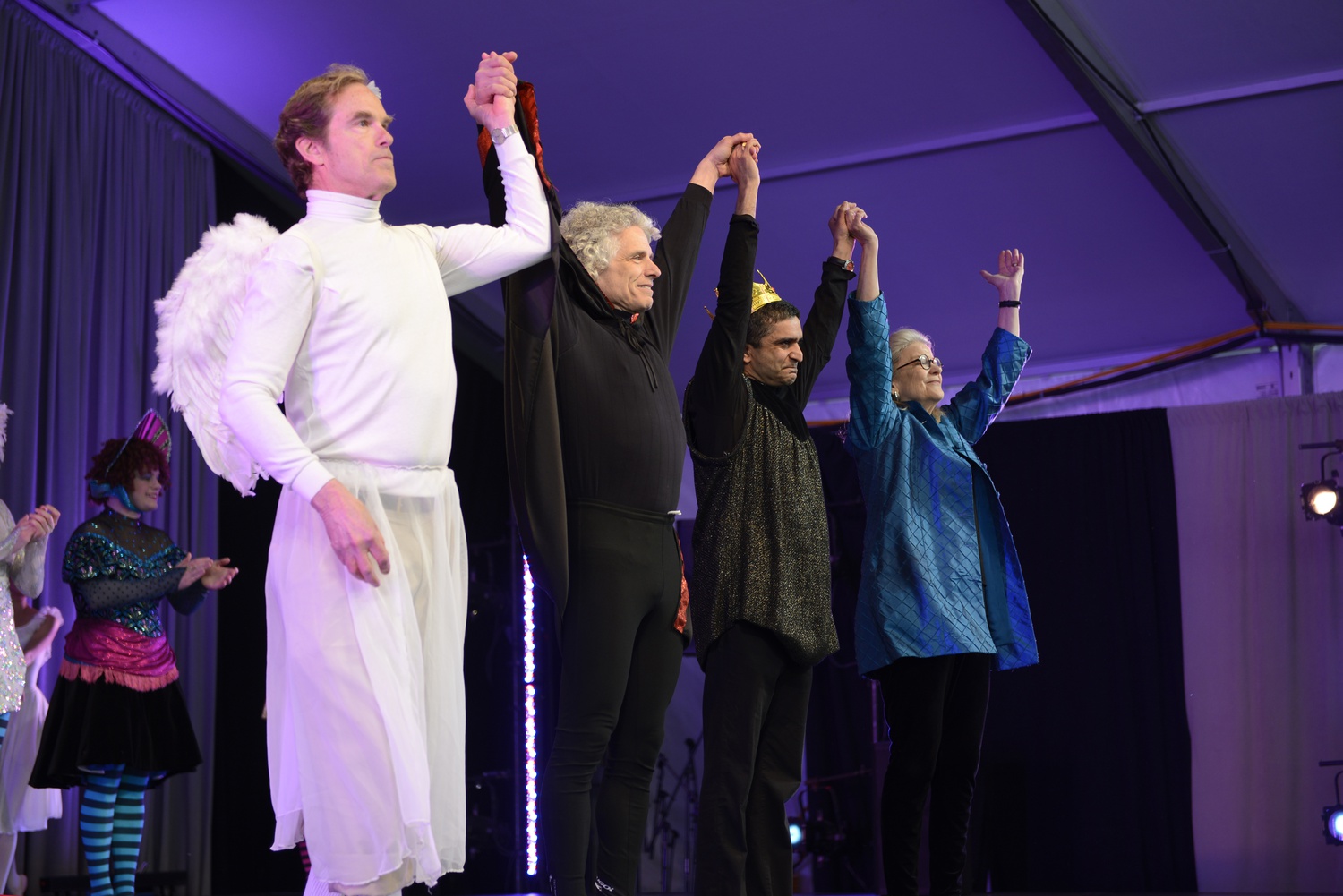