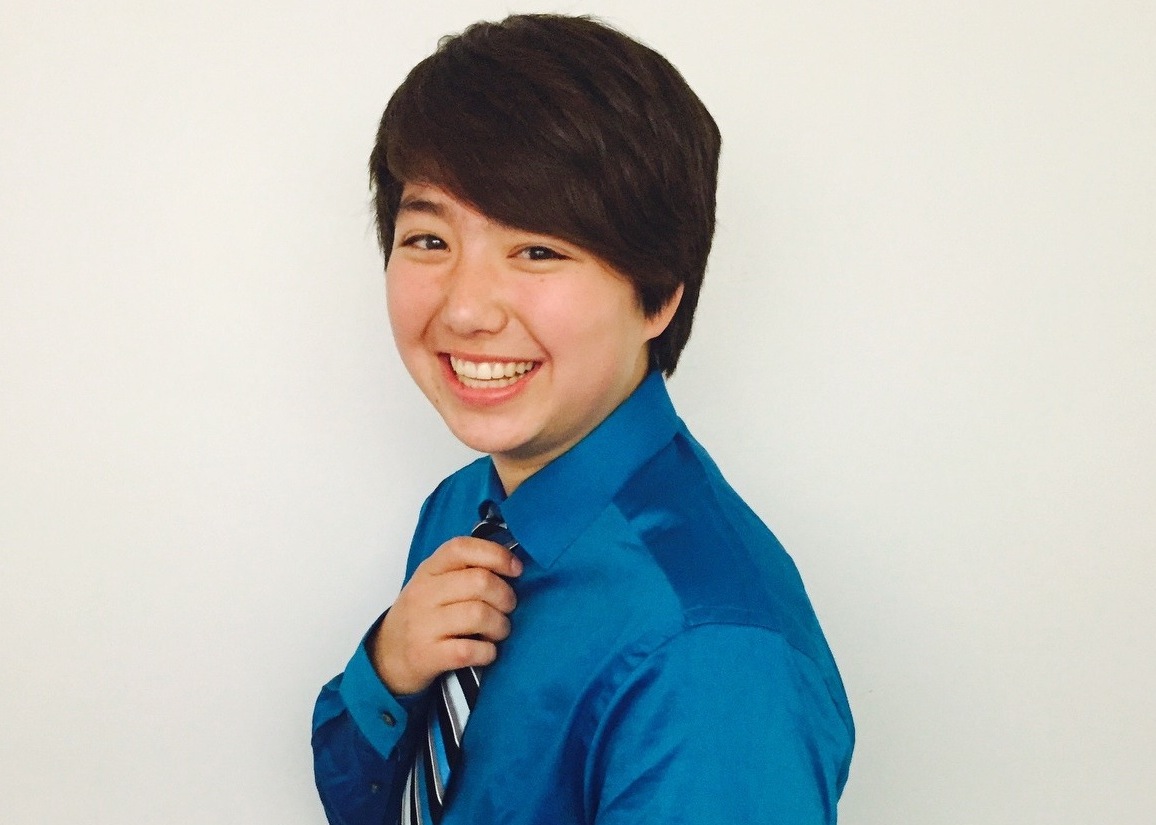 Bailar made his decision to swim for the men's team shortly after attending Visitas this past April.
By David Freed and Jake Meagher, Crimson Staff Writers

Schuyler Bailar, an incoming College freshman, will become the first openly transgender swimmer in NCAA Division I history when he joins the Harvard men’s swimming team for the upcoming season.

The swimmer’s journey—from a Harvard women’s swimming recruit to an incoming member of the men’s team—is a historic one in the world of college athletics. 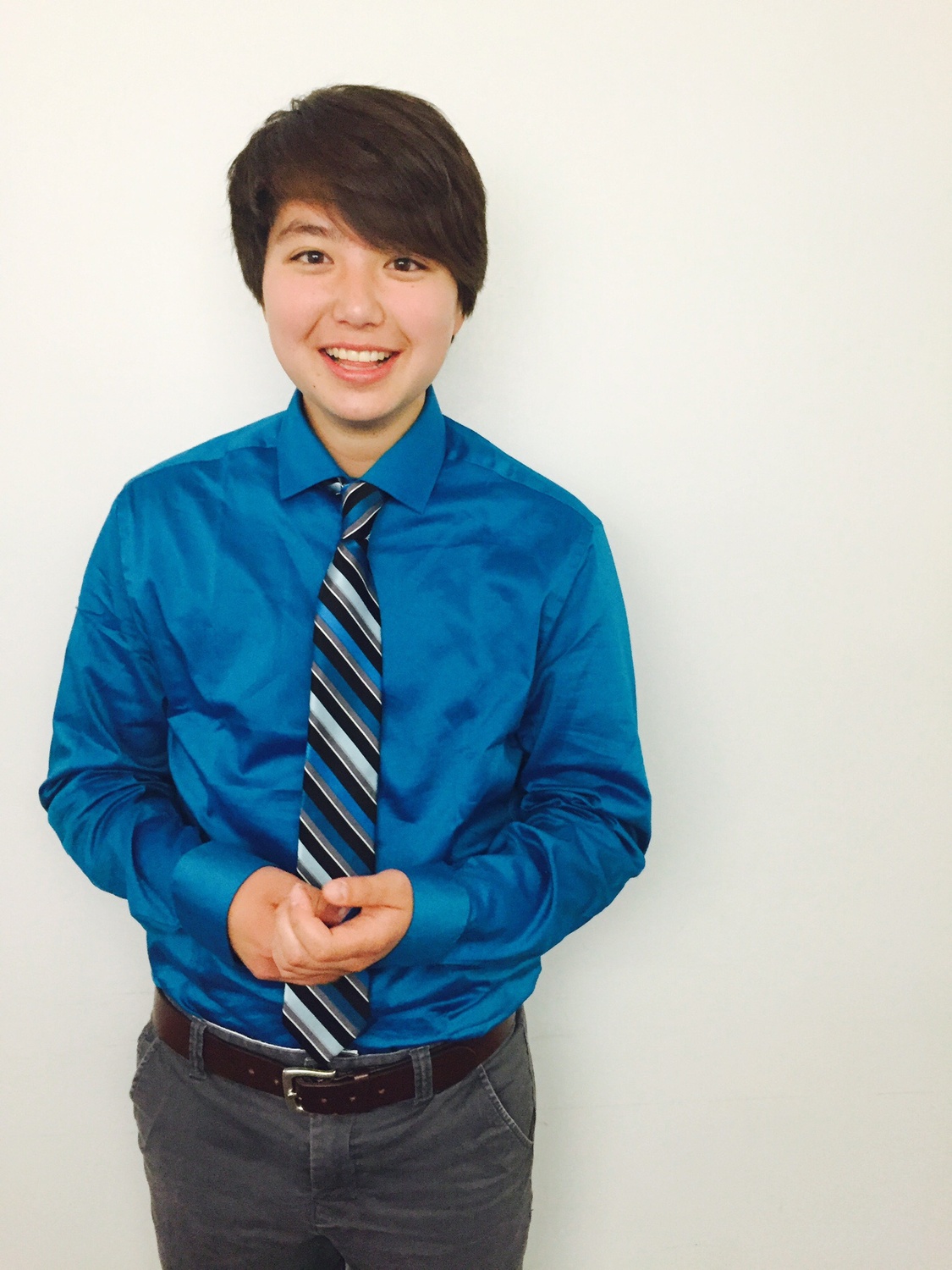 Incoming College freshman Schuyler Bailar, the first openly transgender swimmer in NCAA Division I history, will swim with the Harvard men's team this upcoming season. By Courtesy of Schuyler Bailar

Bailar came out as transgender during his gap year after he graduated from high school a year ago. He had emerged as a top women’s swimming prospect at Georgetown Day School after setting more than 10 team records between 2010 and 2011 with a club in his home state of Virginia. During his senior year, he was part of a team with Olympic gold medalist Katie Ledecky that set a national age group record in the 400 yard relay.

By that time, Bailar had been recruited by Harvard women’s swimming and diving coach Stephanie Morawski, part of a strong Class of 2018. But Bailar did not enroll at Harvard immediately and instead took a year off.

While Bailar has always identified as male, he had not come out as transgender until after graduation. During his gap year he contemplated medically transitioning—something he initially thought might mean quitting the sport he loved.

“Initially the decision was, ‘Do I swim, or do I quit and transition?’” Bailar said. “I really didn’t want to give up swimming, but I also didn’t know how much longer I could do the living as a girl thing.”

He came up with a solution: He would get “top” surgery and swim on the women’s team, he informed a supportive Morawski in November.

While the first of those choices went as planned—the double mastectomy Bailar underwent in March removed his mammary glands and breasts—his thought process changed shortly before the surgery, in late February, when he received a call from his new coach.

Morawski’s words floored him. The coach said she had spoken with counterpart Kevin Tyrell, the coach of the Harvard men’s team: If Bailar wanted, he had the option of swimming on the men’s team.

The phone call ended without a commitment—Bailar’s focus was on the imminent surgery. After the operation, he gave the idea more thought and consideration. He reflected on his feelings when he passed as a man and considered how he would feel on the women’s team, wearing a women’s suit. He had thought about it before in a wishful sense, pondering what would have happened had he been born male, but an offer like this had never been on the table.

By the time he started swimming again in early April, accustoming himself to his new body, Bailar still had not made a decision. At Visitas, the College’s weekend-long visiting program for prospective freshmen, he attended events with both teams before deciding to join the men’s team—a decision he said, in retrospect, part of him already knew.

“My mind knew that’s what I wanted to do,” Bailar said. “The way I put it, I needed my heart to catch up.”

News of the decision reached Cambridge a few weeks later, when Bailar penned an email to the entire men’s team informing its members of his choice. The team had learned about the situation just weeks before, when men’s team co-captains Christian Yeager and Jacob Luna relayed the news they had gotten ahead of time in a private meeting with Tyrell.

The message from the coach had been clear: Make Bailar comfortable and show him that he would be supported on either team. “We wanted to be in a situation where he would come in and say [that] here are two great options,” Yeager said.

Although Yeager feared pushback from the team, he said there was nothing but excitement. By the time of the two teams’ joint mixer Saturday night, the rising freshman “was comfortable with everyone,” Yeager said.

But for Bailar, choosing a team was not only about fit and identity. On the women’s team, Bailar was expected to be among the team’s best in the breaststroke. A self-described fiercely competitive athlete, he had set his sights on training hard, making the league championships, and—eventually—putting his name atop the team’s record board.

On the men’s team, Bailar said, he would have to throw out those goals. The competition in the men’s pool is at a different level; the women’s record holder in the 100 breaststroke—Bailar’s preferred event—would have placed 21st at the men’s Ivy Championships last year. He was realistic with himself early on: Swimming on this team would mean adjusting his expectations significantly.

“I have completely trashed, or thrown out, or gotten rid of, or ignored the possibility of ever achieving any of that,” Bailar said. “I will never be a women’s Ivy League Champ. I will never be on the women’s Harvard record board.... Those are things that were really hard for me to let go of.”

His goals on his new team are “not even close” to as large. In June, Bailar started testosterone therapy, preparing his body to compete against his teammates. But he views his goals in terms of starting at the bottom, with the focus initially on being a good teammate and contributing as best he can. In the pool, he has embraced the uncertainty—he said he will keep his focus only on the next person up the leader board.

Bailar made his decision to swim for the men's team shortly after attending Visitas this past April. By Courtesy of Schuyler Bailar
Advertisement

Bailar, whose narrative has attracted national attention, has been open about sharing his story, the first of its kind. The rising freshman, who announced the news to all his friends on Facebook less than two months ago, is documenting his transition on Instagram. He blogs about his experiences online, once reading aloud the letter he wrote his mom before surgery on YouTube.

Bailar has encouraged conversations about his identity since coming out publicly, asking his friends in his initial Facebook post, “If you have questions as to what [my new identity] means, please ask me. I would much rather you ask than let your concerns and questions linger in your head."

But he recognizes that identifying as transgender can still come with a stigma. After asking his friends to come to him with questions, he noted, “I am an open book, not a punching bag…. If you don’t understand, ask. If you don’t agree with my decisions, please at least respect me. I am still a person.”

Through his online writings, Bailar hopes to fight many of the misunderstandings about gender and transitioning. According to the first post on his blog, its mission is “to share my story and transition with you all, through my eyes.”

The support, he said, has been overwhelming. He said friends have contacted him to come out to him privately, telling him that he was their inspiration.

Three months since surgery, Bailar has continued to take new steps. He wakes up before dawn every morning to train, determined and ready for what comes.

—Staff writer Jake T. Meagher can be reached at jake.meagher@thecrimson.com.