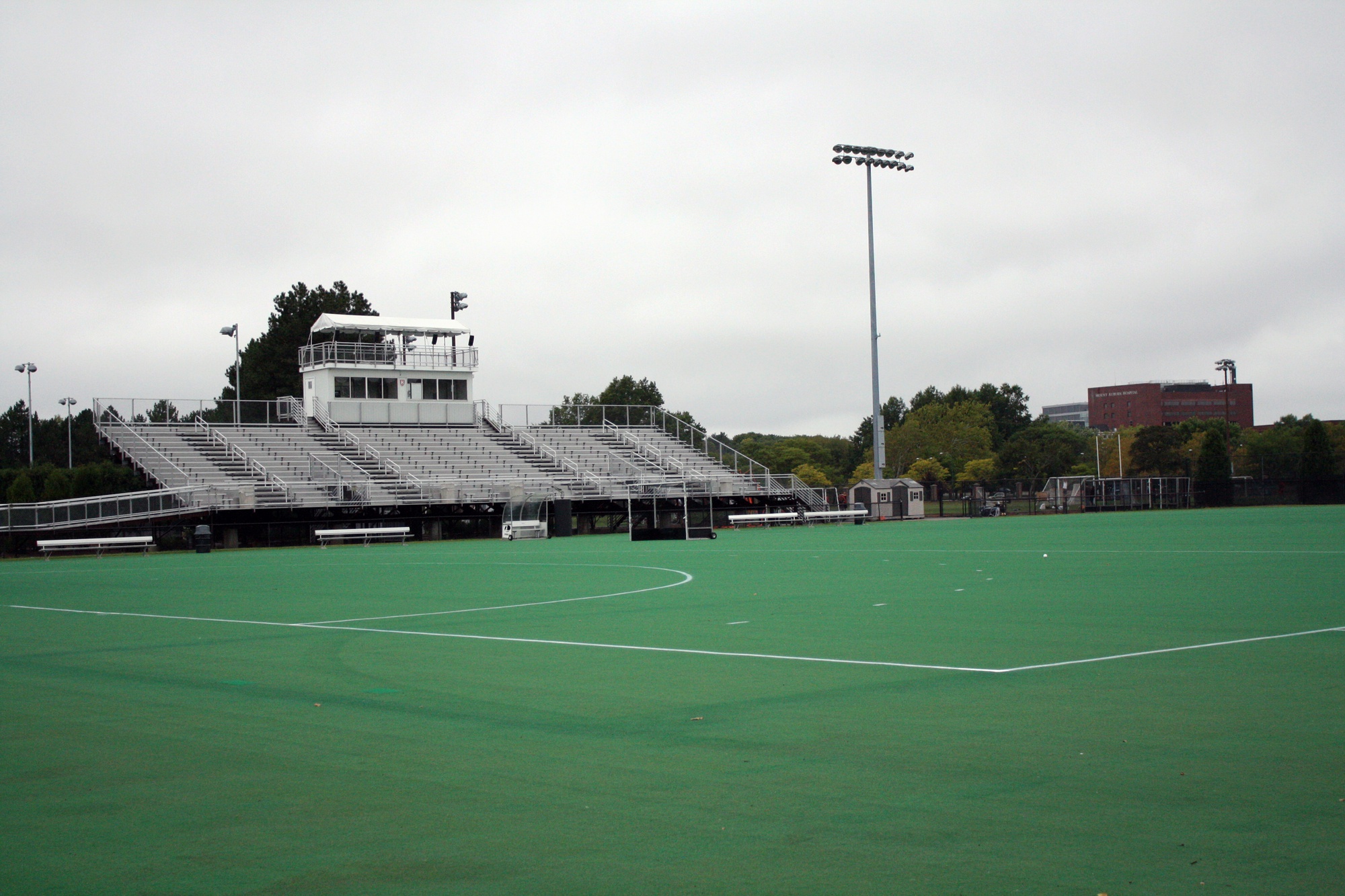 The above Harvard Field Hockey Stadium, built in 2000, had previously been named in honor of a gift by Gerald R. Jordan ‘61. The field hockey field’s namesake transitioned after Soldiers Field, a soccer and lacrosse field, was renamed to Jordan Field.
By David Freed, Crimson Staff Writer

To accommodate the name change, Harvard has also changed the name of the current Jordan Field—the home of the field hockey team—to the Harvard Field Hockey Stadium.

The field hockey field was renamed in 2000 in honor of a donation made by Jordan, who goes by Jerry. The Athletics Department declined to comment on the size of the gift. 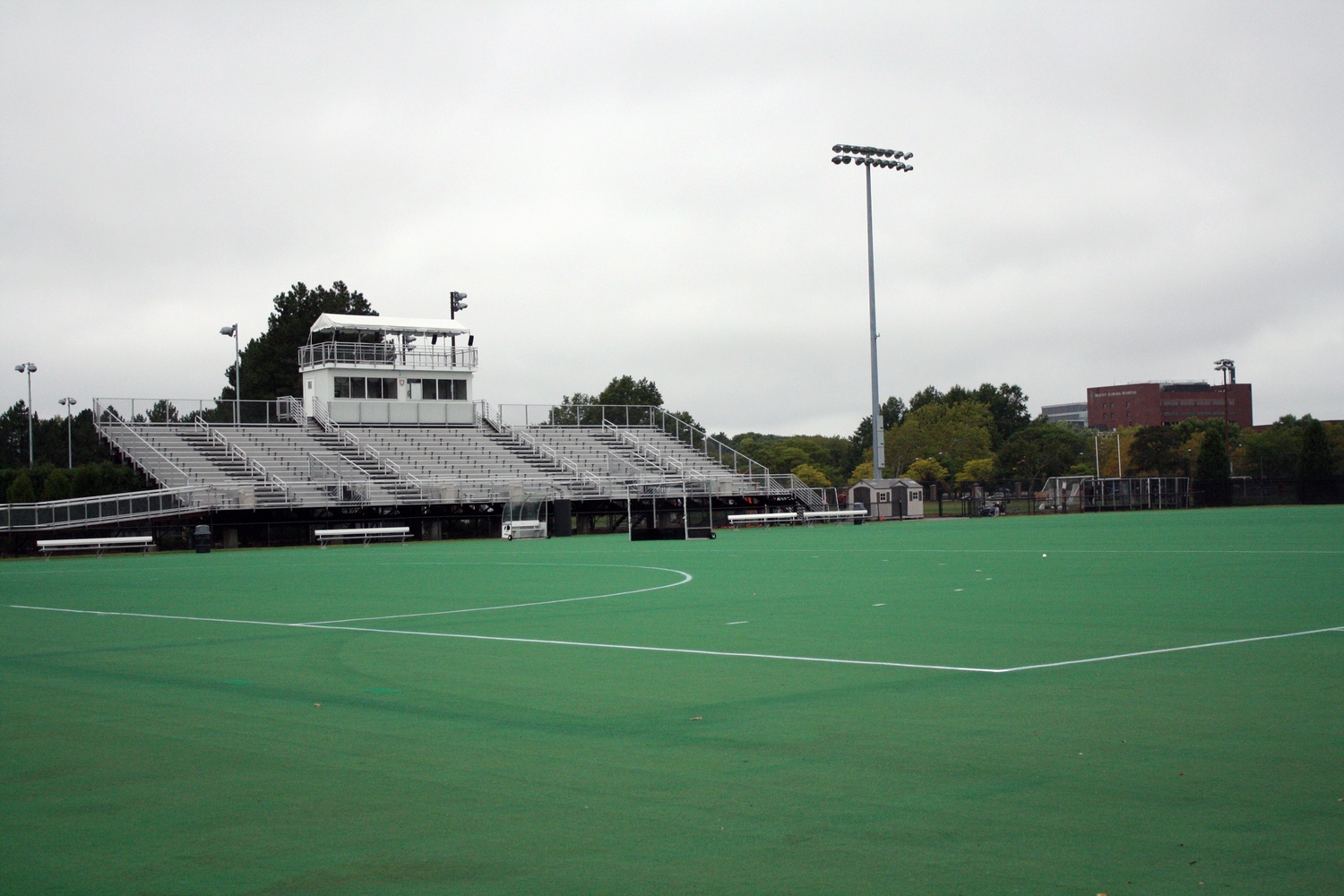 The above Harvard Field Hockey Stadium, built in 2000, had previously been named in honor of a gift by Gerald R. Jordan ‘61. The field hockey field’s namesake transitioned after Soldiers Field, a soccer and lacrosse field, was renamed to Jordan Field. By Michelle M. Ng

According to a press release, there are plans to relocate both the field hockey and rugby teams, but administrators have not yet finalized any arrangements. The men’s rugby team is a club sport, while the women’s rugby team became Harvard's 42nd varsity sports team two years ago.

"We are incredibly grateful to Jerry Jordan '61 for his willingness to make possible the transfer of the Jordan Field naming rights," Harvard Athletic Director Robert L. Scalise said in the release. "By allowing us to transfer the Jordan Field name to our lacrosse and soccer stadium, he has provided us with the flexibility to pursue field enhancements impacting several of our other programs."

Jordan, a Boston area native who also graduated Harvard Business School in 1967, has been a large contributor to the school’s financial aid program since graduating. During the ’95-’96 academic year, Jordan endowed a scholarship fund in his family’s name with a $5 million gift to provide financial aid for up to 16 College students a year. By 2010, Jordan and his family supported the largest number of scholars on campus of any living Harvard alumni donor, with 39 students.

“I [chose] to make a gift to Harvard because it is an institution I love,” Jordan said in 2010. “I grew immensely while an undergraduate, and I owe that opportunity to the financial aid Harvard offered me.”