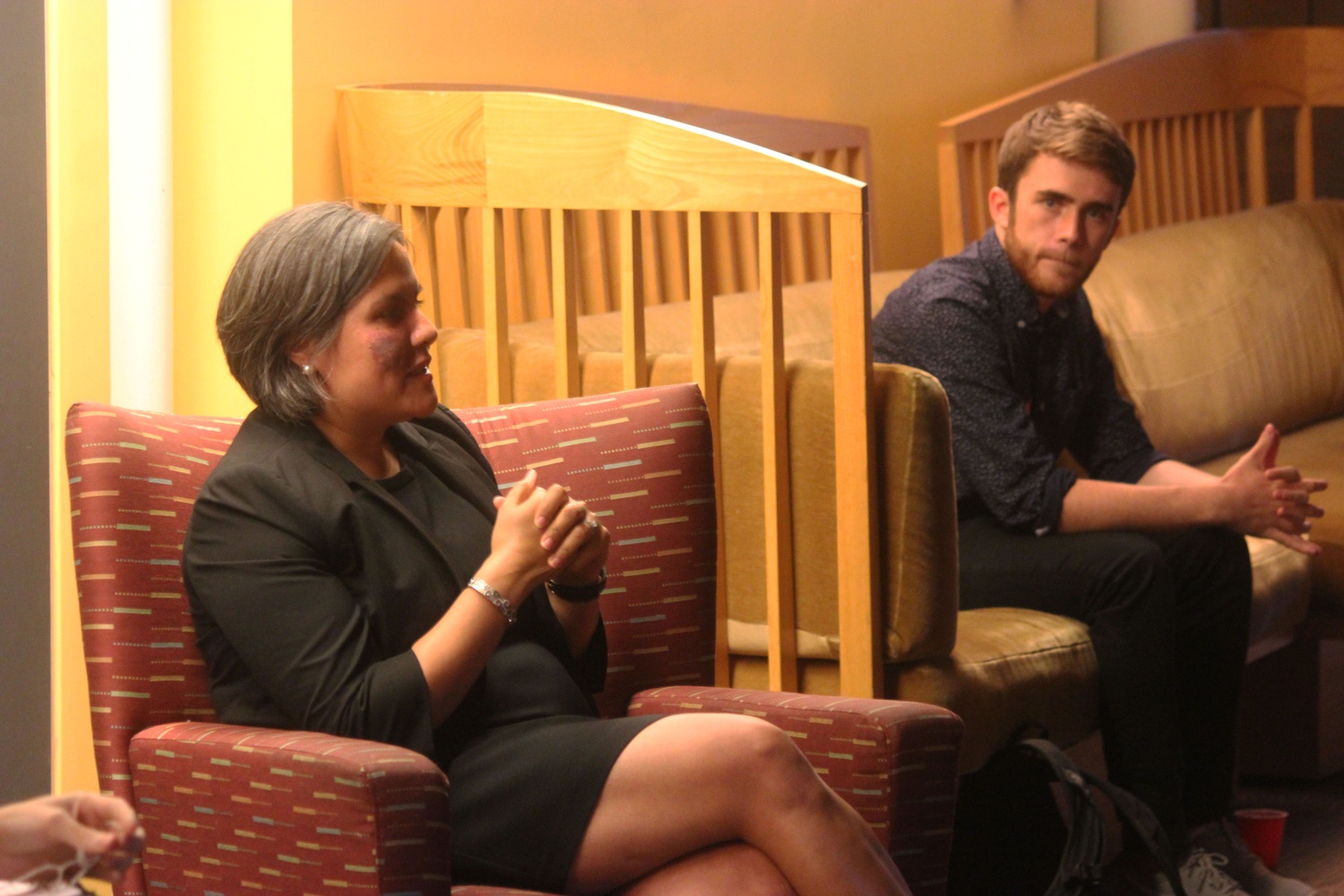 Elisa Villanueva Beard, CEO of Teach for America, participates in a student discussion on diversity’s place in the program and her own experiences teaching with TFA on Tuesday evening in Ticknor Lounge. By Lauren A. Sierra
By Julia Lu and Gabrielle M. Williams, Crimson Staff Writers

Elisa Villanueva Beard—who was named co-chief executive officer of Teach for America in 2013 and assumed sole CEO responsibilities this month—argued for the need for diversity and commitment among educators to a crowd of Harvard affiliates in Ticknor Lounge Tuesday night.

“We need folks from all backgrounds that have lots of passion … people that share the background of our kids, people that don’t,” Beard said. “Talent just matters. It’s so central to getting anything done.”

Villanueva Beard, who said she grew up in a relatively low-income area where most adults had not attended college, highlighted her own challenges and obstacles often faced by undergraduate students from diverse backgrounds when she entered higher education.

“I was so underprepared for college,” she said. “It was traumatizing.”

Beard’s visit to the University comes in a period of heated controversy in the field of education. Opponents of Teach for America have voiced concerns that the two-year commitment for TFA teachers risks undermining the quality of education received by students in low-income communities, and the Student Labor Action Movement, an on-campus student activist group, protested for Harvard to sever its connection to TFA last year.

In response to the recent criticism, Beard said that realistically, most young college graduates now do not envision holding one form of employment indefinitely.

“Those days are over when we’re asking anybody to commit to anything for a lifetime,” Beard said. “I think it’s easy to critique an organization because we’re organized … but I don’t think it’s fair.”

She added that people with an interest in teaching should be supported in, rather than dissuaded from, pursuing opportunities in education and achieving impact, arguing that partisan politics should be removed from the discussion of education reform in favor of an overall vision for the American education system. In particular, she said, 21st century demands on students, such as proficiency in STEM fields and preparedness in a global economy, need to be taken into account.

For its part, TFA aims to bolster its community and recruit next-generation innovators while ensuring it delivers on its promise to impact its affiliated schools, according to Beard.

“There is no silver bullet. There is no one organization solving the problem,” Beard said. “We need the most talented people this country has to offer... to be able to contribute, whether it’s directly in education or outside of it."

Students who attended the event generally praised the discussion.

“I think it’s really awesome that we filled the room. No matter what end of the spectrum you’re on, it’s just a ton of passion about education,” Eliza M. Chang ’16 said.

The Office of Career Services and 1vyG, an interscholastic network among first-generation college undergraduates in Ivy League universities, co-hosted the discussion.