'The Vegetarian' Speaks Through Silence Over Sound

"The Vegetarian" by Han Kang (Hogarth) 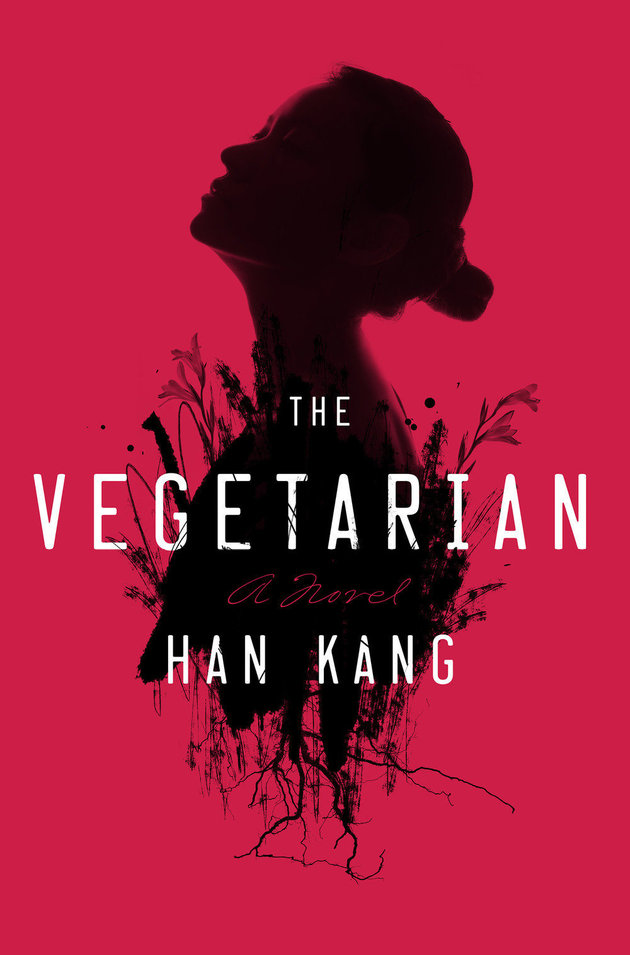 Language is often lost in translation, but such is not the case in Korean author Han Kang’s new novel. In “The Vegetarian,” she brutally yet beautifully explores the gap between one person’s expression and another’s reception; her pen pierces through all the codified elements of society—dietary practices, daily routines, and even accepted notions of death. Though at times too shallow to stay in the reader’s mind, her sparse descriptions generally cut through to essential social questions: How do traditions bind? Whom do they draw close, and whom do they suffocate? And when severed, what, if anything, is left to bind the fragile, desperate soul to its helplessly ephemeral container?

Kang prompts her readers to consider these issues through key structural decisions. While the narrative focalizes on Yeong-hye, an altogether ordinary woman by Korean social standards, each of the novel’s three distinct parts relates a period of Yeong-hye’s life from the vantage point of various people around her. In Part 1, “The Vegetarian,” Mr. Cheong disgustedly describes Yeong-hye’s odd behavior following her bout of blood-filled dreams and subsequent vegetarianism; next, in “Mongolian Mark,” Yeong-hye’s obsessive brother-in-law violates her emotionally and physically, revealing further signs of Yeong-hye’s mental decay; finally, in “Flaming Trees,” Yeong-hye’s sympathetic but helpless sister In-hye mediates the conclusion of Yeong-hye’s bizarre descent into madness. Except for short dialogues and lapses into dreams, Yeong-hye rarely speaks. By folding the main storyline—Yeong-hye’s mental illness—into the ears, eyes, and tongues of others, Kang creates necessary layers of distance between reader and text, an emptiness that mirrors the alienation felt by Yeong-hye herself. “‘No one can understand me … the doctors, the nurses, they’re all the same … they don’t even try to understand … they just force me to take medication, and stab me with needles,’” Yeong-hye says in a moment of lucidity—one of her last. Throughout the story’s unfolding, Kang evokes Yeong-hye’s frustration in the reader by continually denying access to Yeong-hye’s own voice. Kang’s use of this structural device powerfully demonstrates the objectification of Yeong-hye in all aspects—as woman, as lover, as beauty, as pain.

The novel’s absence of descriptive embellishment evokes this same emotional distance. Though the scenes conjured are supernatural and disturbing, Kang’s tone remains even, unadulterated, and matter-of-fact throughout: “I like my breasts, nothing can be killed by them .… With my round breasts, I’m okay. Still okay. So why do they keep shrinking? Not even round anymore .… Why are my edges all sharpening—what am I going to gouge?”, Yeong-hye dreams. In one of these rare instances in which Yeong-hye’s pale voice does float through the surrounding white noise to address the reader directly, her self-description seems flat; she repeats the same word—“round”—without ever delving into deeper depiction of physical appearance, which imparts a hollowness of self that mirrors Yeong-hye’s inner emotional state.

Kang adopts this sketch-like method of description for much of the novel, and for the most part, it works. At times, however, the directness of her writing style detracts from the emotional weight of the message. For instance, In-hye narrates Yeong-hye’s condition in the mental hospital: “Her eyes followed the second hand on the clock as it ticked around, and she made another effort to regulate her breathing .… A feeling of déjà vu crept up on her then, a feeling of having already experienced this same moment countless times.” When applied to inanimate objects rather than people, simplicity of style dissolves into boredom; the bland descriptions fade into monochrome and force the reader to search, foggy-eyed, for moments of beauty.

—Staff Writer QianQian Yang can be reached at qianqian.yang@thecrimson.com.