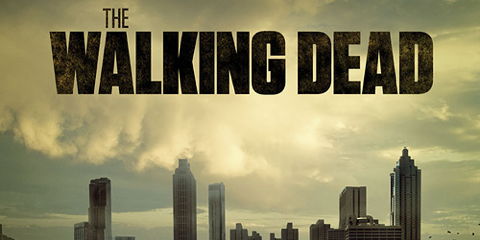 Thanks, Carol. Your dramatic departure from Alexandria ushered in an hour in which characters neglect all responsibility and any sense of reason. Virtually emptying the town of all of its key characters, three search parties leave on separate paths and at separate times, giving no thought to overall strategy or coordination. It is a wonder that these people are still alive. Also, negative points to Carol’s new boyfriend for being noticeably absent from these search parties. All the cool kids have left Alexandria, vaulting viewers into moments of internal tension, moralization, and sweet, sweet danger in a narratively muddled penultimate episode.

Carol somehow finds success in a one-versus-five Mexican standoff against the annoyingly omnipresent Saviors this episode. Her anxious, God-fearing act yields to a callous massacre in which she nonchalantly impales a man with a stick. The episode further stresses the consequences of brutally and preemptively striking Negan’s compound, which has been continually met with a seemingly infinite supply of goons closing in on Alexandria to balance the scales of post-apocalyptic justice. It appears that they know where Alexandria is and have somehow taken weapons from Hilltop to launch a massive invasion upon our unwitting heroes. The search parties’ persistent confrontations with these Saviors embody an inescapable karmic payback in which our survivors’ one lapse into cruelty has finally come back to haunt them.

Johnny Cash’s “It’s All Over” playfully ignites the episode’s downward spiral into unnecessary danger. This cycle of action and consequence manifests itself in Daryl’s agonizing regret over sparing Dwight’s life, thereby compelling him to finish what he started. Daryl blames himself for Denise’s death, as evidenced by a shot of him holding her “Dennis” keychain, and is blatantly out for revenge. He believes that he is getting vengeance for her sake, but Glenn pointedly highlights that with people depending on him back home, it is in reality a selfish attempt to alleviate his own anxiety. Unfortunately, this escapade leads him, Rosita, Glenn, and Michonne into an even angrier Dwight’s hands, culminating in a cliffhanger in which Daryl—perhaps not so invincible after all—is shot. Daryl, of course, is not actually dead: the cut-to-black does not explicitly show his death and Dwight’s remark at the end reveals his intention to merely injure and not kill our beloved Daryl.

Morgan, the show’s resident humanist and moral center, yet again lectures Rick on the value of human life. It is a formula the show frequently employs—one that can be dubbed the “fight-and-lesson” sequence—but this time it works. After eliminating a group of zombies in one of the show’s laughable near-death fakeouts, Rick takes aim at a presumably escaping Savior but is interrupted by Morgan. Rick believes that his ruthlessness is justified by the peace and stability it is intended to preserve. He does not, he says, “take chances anymore.” Morgan lectures Rick on the values of patience, forgiveness, and redemption, repeating his mantra that “all life is precious” and that every action “gets a return.” While Morgan is a fascinating and necessary character in essence, his giving the very same lectures to our obtuse cast of characters is increasingly one-note. His points are clear and poignant, however, because he used to be one of the many psychopaths Rick is so intent on gunning down. Morgan’s own spiritual revival has shown him the possibility that “people can come back,” a message that he finally gets across to Rick. The key observation here is that Crazy Rick is no better than the psychopaths he is so keen on killing. He is as broken as Morgan was, and Morgan knows a way out.

“East” never bores, and it finally brings the survivors into Negan’s grasp. The disparate plotlines are entertainingly tense but self-indulgent, and the episode’s lack of internal consistency is inexcusable even by the show’s own standards. These sequences, as fun as they are, are born of our seemingly shrewd survivors’ lack of any sense of caution or sensibility. That they also happen to be constantly outwitted by Dwight and his crew of redneck ninja Saviors vanishing in and out of thin air reeks of peculiar screenwriting. Stepping back to take a cold, hard look at the overall plotting reveals that really, none of this should have happened at all. The show was entitled to the benefit of the doubt when Carol left Alexandria at the end of the last episode—there might have been some further explanation for her actions. But it has now become clear there was no legitimate reason beyond stirring the storytelling pot.