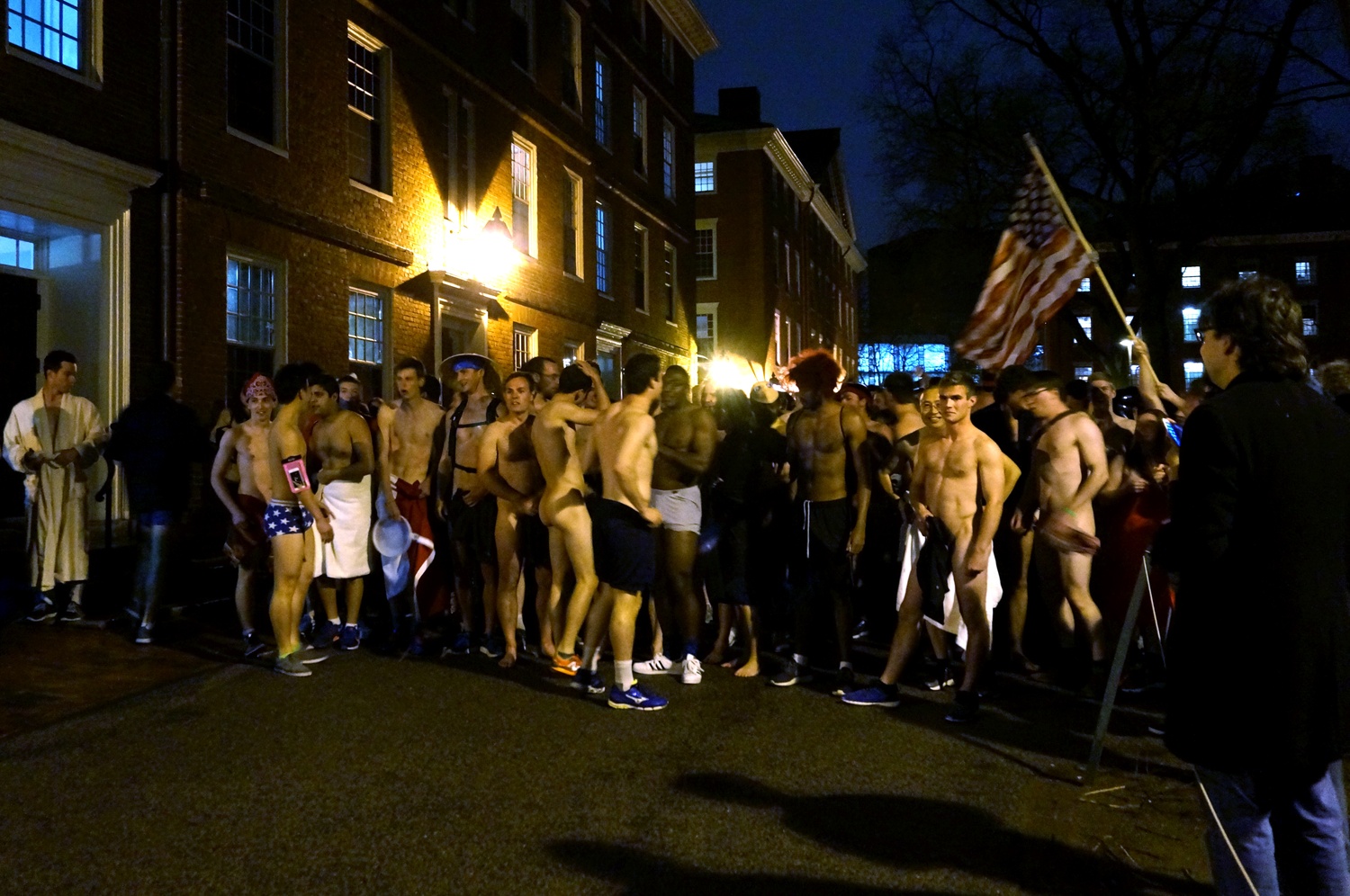 Slipping, shouting, and streaking, herds of naked students participated in the biannual tradition of Primal Scream at midnight Thursday morning, blowing off steam before the beginning of final exams.

Although chilly and drizzling outside—considered suboptimal conditions by some—the weather did not stop a large mass of “screamers” from forming outside the “starting line” of Hollis Hall shortly before midnight. Students donned accessories ranging from neckties to whale-shaped Vineyard Vines hats, while others were sporting glow-in-the-dark body paint for the occasion.

Hordes of tourists also gathered near the edge of the Yard and around the John Harvard statue, eagerly waiting for students to streak past. Several students said they feared having their picture taken by tourists.

Harry T. Newman Plotnick ’18 said he thinks that final exams are not as stressful as the possibility of being photographed by tourists, adding that the strangers’ flashing cameras are “for sure the worst part of it.”

After a slightly botched attempt at a countdown, runners began their sprint around the Yard clutching everything from towels to crutches as they completed their lap past many of the freshman dorms.

In line with tradition, the Harvard University Band rallied the runners as they passed the John Harvard statue, playing songs such as Walk the Moon’s “Shut Up and Dance.”

Shriya Anand, a visiting student from the United Kingdom, said the bare-all affair was very different than traditions in her own country but that she enjoyed witnessing a Harvard tradition.

While the ritual draws varying numbers of participants each semester, many students said they would wait until next year, believing that participating in Primal Scream during the cold temperatures of December is more authentic.