Faculty Offer Guidance on Being 'Out' in Academia 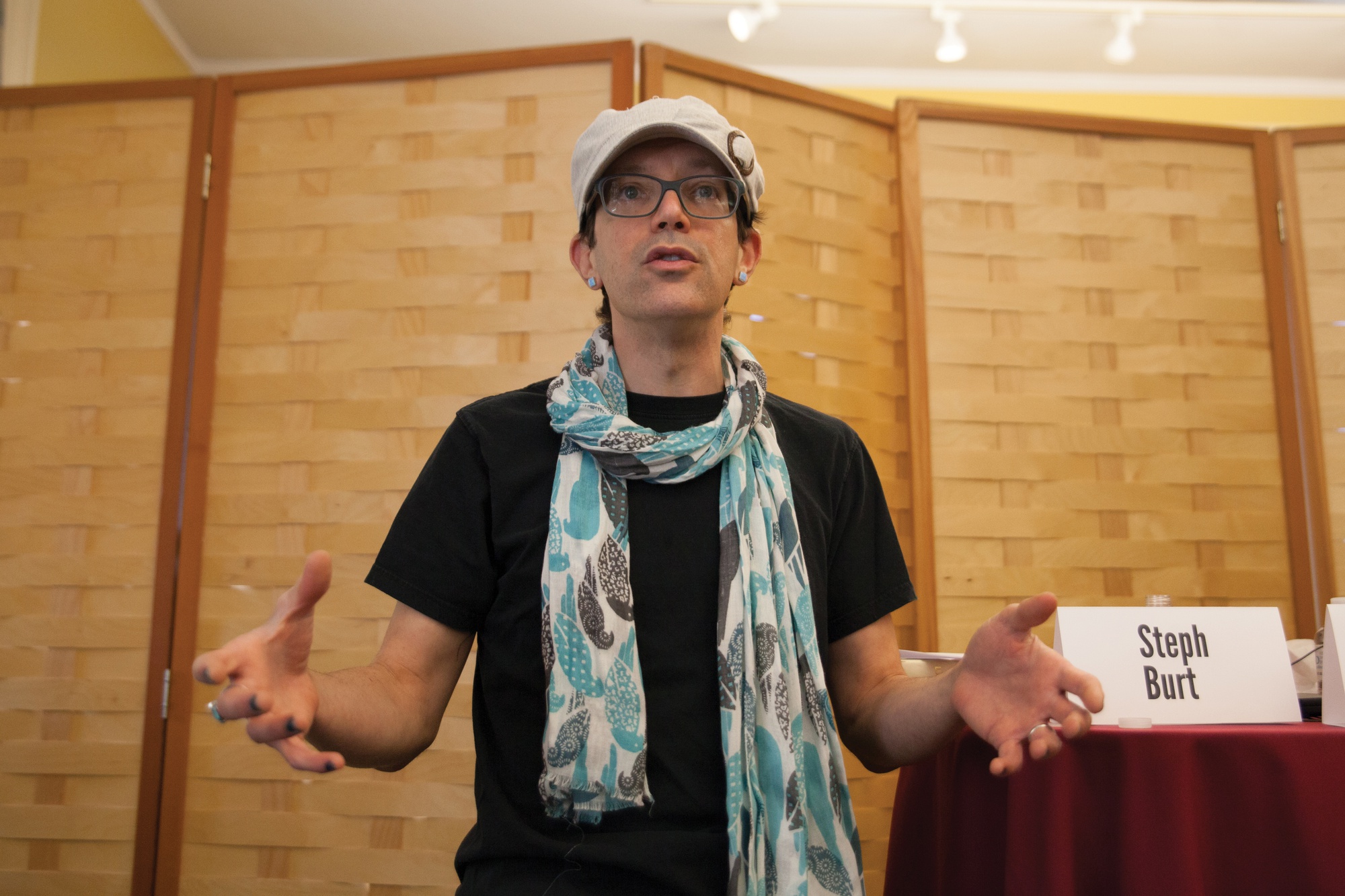 Organismic and Evolutionary Biology professor Cassandra Extavour considers each of those descriptions parts of her identity, she said Monday during a Graduate School of Arts and Sciences panel discussion on BGLTQ identities and academic life.

“I can’t separate being queer from any other part of my identity,” Extavour said.

The panel, “Out in Academia: Navigating the job market, grad school, and early career as an LGBTQ academic,” comes in response to GSAS students’ calls for discussions about managing academic life while identifying as queer, according to graduate students. 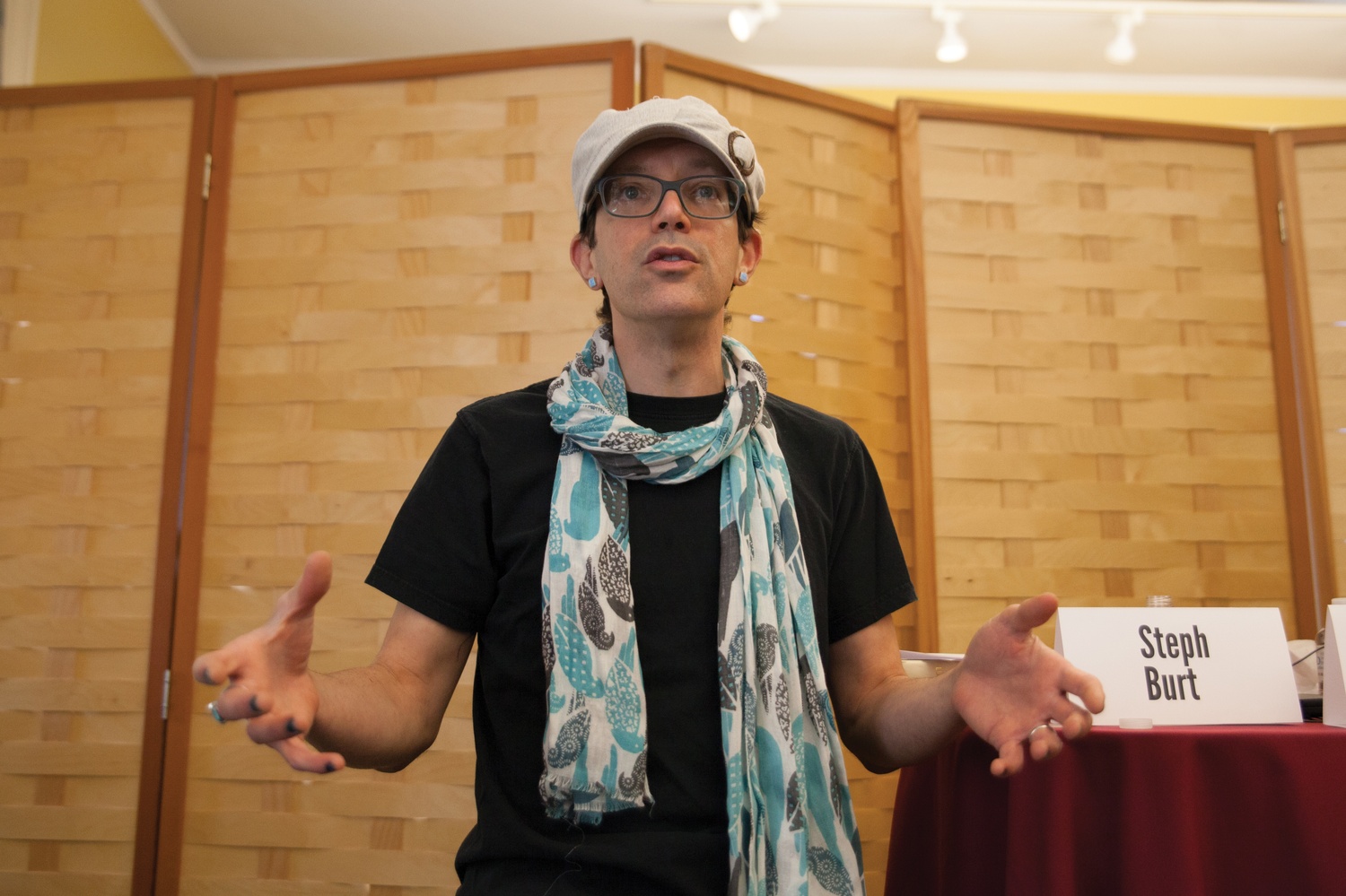 Speaking to a full Dudley House common room on Monday, four professors addressed some of the challenges they have faced, simultaneously identifying themselves as queer publicly and cultivating professional lives.

“We are a safe and welcoming space for people of all genders and orientations to meet, socialize, share experiences, discuss issues, plan actions, and get to know each other,” the Facebook page reads.

One graduate student organized Monday’s discussion, which was sponsored by the Women, Gender, & Sexuality department, the Office of Career Services, and GSAS, according to an email from GSAS Director of Communications Ann Hall.

GSAS does not track students who identify as BGLTQ, Hall wrote.

English professor Steph L. Burt, who uses the pronoun “they” and identifies as transgender, outlined four categories that BGLTQ-identifying graduate students will have to consider when applying for jobs and pursuing a career: who they date, how they look, how they describe themselves, and what they choose to study.

Echoing Burt, Assistant Dean for Faculty Affairs Sindhu Revuluri said some academics may end up focusing on race, gender, and sexuality both in their research and in how they present themselves.

“[Any aspect] may be important to you in multiple ways, it may actually not be,” Revuluri said.

Extavour said she often lets her work inform how she wants to present herself in a given situation.

“I’ve been very driven by the science I wanted to learn,” Extavour said, adding that running her lab and serving as a mentor to her researchers has played a role in shaping how she presents herself.

“Because at the end of the day, it’s my lab,” Extavour said. “Cassandra Extavour has to feel comfortable.”

But some graduate students who identify as queer may face housing discrimination, isolation, and other challenges on the job market and in their careers, History of Science associate professor Sophia Roosth said during the panel.

Roosth shared several anecdotes from BGLTQ colleagues who faced discriminatory interviewers. In discussing parental leave policies, for example, Roosth said she heard about one interviewer who assumed that the queer academic would not have children due to her sexuality and said, “‘We can skip this chapter because this does not apply to you.’”

When people do not know how to talk about identity, they may make offensive and demeaning comments, the panelists said.

“My own tactic was trying to have a sense of humor about it,” Revuluri said, adding that the job market vexed her for many reasons. “I wasn’t very publicly out, I was very quietly out.”

Revuluri said she used her inexperience as a tool, preparing for tough interviews and questions that she thought interviewers might ask and that might make her uncomfortable.

The job search remains a precarious period, because for seven to eight years, the people who make those assumptions are both colleagues and bosses, Roosth said.

“Those kinds of interactions can be very exhausting,” Revuluri said.

Extavour urged the students in attendance to prioritize the aspects of their lives that matter most, which could include becoming a professor, conducting research, or running a lab.

“This is a high-luxury job; society doesn’t need us,” Extavour said, advising attendees to determine what they can live without. She said that academia may not suit all people, regardless of how they identify.