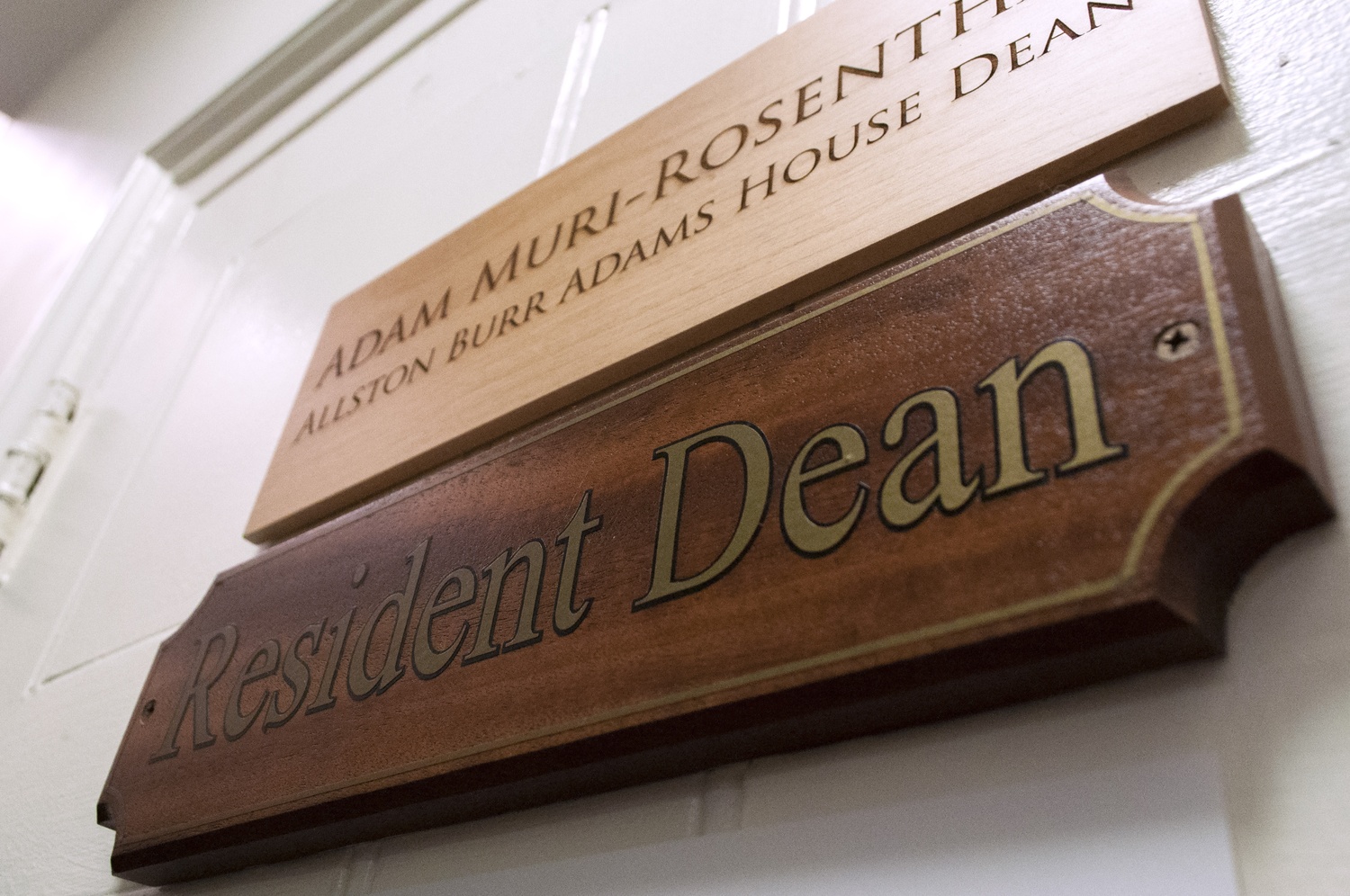 For the fourth time in a little over a decade, the College has made a change to the official title of House resident deans. By Megan M. Ross
By Kenton K. Shimozaki, Crimson Staff Writer

The College has changed House resident deans’ titles back to “Allston Burr Resident Dean”—the fourth time administrators have revised the title in little over a decade.

The decision to revert to an older title reflected widespread confusion about the previous title of “Allston Burr Assistant Dean,” according to Dean of Students Katherine G. O’Dair. The 13 House resident deans report to O’Dair, who oversees the upperclassmen residential system, along with the respective Faculty Deans of each House.

“The resident deans, former Allston Burr Assistant Deans, reported to me that their title was confusing to students, and so they asked that it be reverted back to the former title,” O’Dair said.

O’Dair added that the live-in administors’ roles and responsibilities did not change with the retitling.

Several other College administrators carry similar titles that contain “assistant” or “associate dean.” The resident dean position was last retitled in 2014 following a Faculty of Arts and Sciences committee review that sought to clarify the chief welfare administrator's role within the College hierarchy.

The official title of the Adams House resident dean, for example, is now “Allston Burr Resident Dean of Adams House and Assistant Dean of Harvard College.”

Each resident dean lives in one of Harvard’s undergraduate Houses, acts as a liaison for students with academic departments, serves as an adviser for personal or academic difficulties, and represents students on the Administrative Board, the College’s primary disciplinary body.

The Freshman Dean’s Office also employs resident deans of freshmen with similar responsibilities, who each oversee one of the four Yard neighborhoods.

The College appointed new resident deans for Dunster, Eliot, and Winthrop in July, along with the non-residential Dudley House. Several resident deans did not return requests for comment on this story.