'All the Lives I Want' Revisits Feminization and Personhood 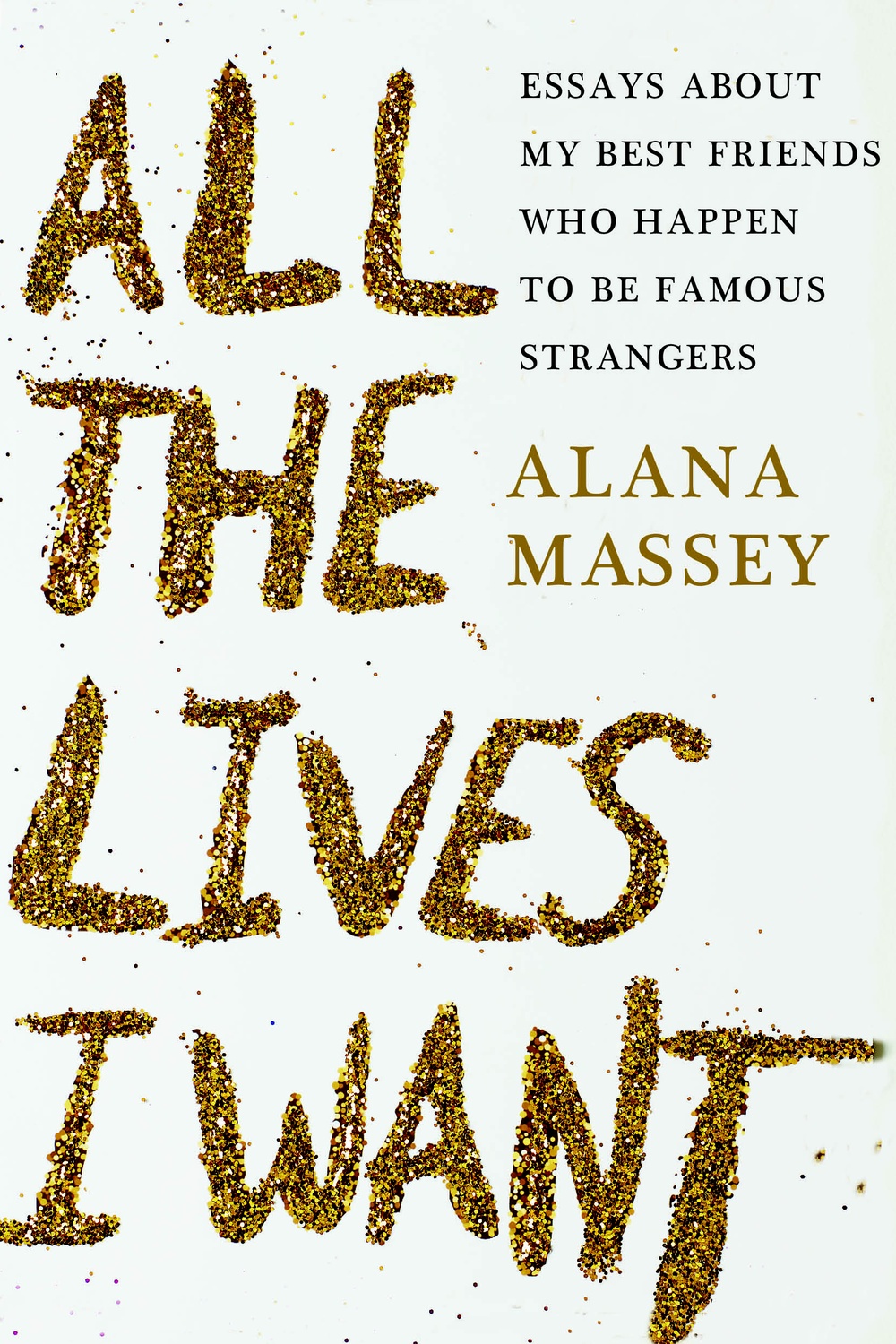 All the Lives cover By Courtesy of Grand Central Publishing
By Emily Zhao, Crimson Staff Writer

The title of Alana Massey’s 15-essay collection, “All the Lives I Want,” appears in gold glitter on an otherwise white cover. Though discussing a book’s cover is usually a professional no-go, the exterior of “All the Lives I Want”—strategically, one suspects—immediately raises questions of gendered snap judgments and what can be “taken seriously,” questions painfully pertinent to an essay collection based on female celebrities, real and fictitious. Adventurous title fonts in non-black, navy, or gray colors evoke female celebrities’ memoirs, romance novels, and beach reads, and female authors of what would be considered “serious literature” have fought the “feminization” of their book covers as one more machination belittling women’s writing. With a combination of personal memoir and incisive, wide-ranging analyses of pop culture from the 90s to the present day, “All the Lives I Want” shows us that the scare quotes are inane.

“All the Lives I Want” features 25 female celebrities—real and imaginary, ranging from Princess Diana to Regan MacNeil in “The Exorcist”—whose lives Massey does not necessarily want, but that have all revealed some truth about her life and ours. The collection deals most overtly with themes of gender, providing insight into the social and cultural forces that have shaped the lives of American women over these past few decades.

Massey covers an impressive range of topics that notably encompasses race and socioeconomic status. These are not mere token gestures: Massey shows us how concerns are universal. In “American Pain: The Suffering-Class Spectacle of Anna Nicole Smith,” for example, she astutely dissects E. Pierce Marshall, son of model Anna Nicole Smith’s 89-year-old millionaire husband. Despite being outrageously wealthy, Marshall remained hell-bent on preventing Anna from inheriting any of his father’s money. Marshall is “the American Dream made sickly by its own hubris…. America’s disgrace”—a figure who pollutes and sways all of our American dreams, no matter how remote from our experiences the life of his stripper-turned-celebrity stepmother may seem. As Massey writes: “[Entertainment channels], alongside their more erudite cousins in the form of high-end profiles and interviews, have produced a new kind of American mythology wherein celebrities serve as our national heroes instead of the patriots or politicians of yesteryear.” Though the “serious literature” establishment may not hold celebrity culture in high regard, our collective choice about whom to regard as national figures is undoubtedly serious business.

Concepts such as intersectionality would not emerge so naturally from, say, 19th-century British literature. Massey’s style embodies key aspects of the millennial American voice—tones of personal experience, prose, and the identity consciousness unique to the Internet’s generation. Massey resourcefully navigates the Internet, television, and publications, bringing depth and breadth of knowledge about the women of whom she writes, and the culture that makes them who we think they are. Her writing is loaded with statements that cut to the heart of cultural norms. As she discusses Sylvia Plath’s condemnation as overly confessional, for example, Massey refers to Knausgaard’s “My Struggle” as “a six-volume gaze at a Norwegian man’s navel.” She generally strikes a well-tuned balance between the Internet’s personal, informal tone and more traditional diction and structure.

There are, admittedly, bits in “All the Lives I Want” that feel like misplaced fragments of blogs and Buzzfeed: a description of Goodreads, biographical information about a friend, a vignette from a relationship, some other extended personal detail. They are relatively innocuous and never egregiously irrelevant. The essays’ forms, however, are unforgiving enough that a straying paragraph distinguishes between the more immediately powerful and cohesive pieces and the ones that require another read to parse their claims. Among the punchiest first-read standouts are “American Pain,” “There Can Only Be One: On Lil’ Kim, Nicki Minaj, and the Art of the Manufactured Beef,” and “Long-Game Bitches: On Princess Di, Lisa ‘Left Eye’ Lopes, and the Fine Art of Crazy Exing,” all three of which are mostly devoid of cameos from Massey’s personal life.

But Massey’s awareness of herself, and the way she uses the personal to reframe our world, is also her key strength. In the first essay, for example, she wryly notes that self-identifying as a “Winona” or a “Gwyneth” is a choice between “white women who are conventionally attractive,” a demographic to which Massey arguably belongs. That she was a stripper, that she went to divinity school, that she struggles with body image: In certain literary traditions such details should be used far more sparingly than Massey chooses to, but in forcefully acknowledging her formative traits and paradigms rather than trying to divest herself of them—impossible, really, given the genre—she challenges readers to examine their own biases and circumstances. As we encounter points to which we react strongly, we begin to feel that we can hear Massey responding, or suddenly understand which unnoted characteristics of our own lives may have led us to adopt our stance. Regardless of how much anyone thinks personal events should or should not saturate a person’s writing, this element of vulnerability and openness renders Massey’s essays compelling long after they end.

The collection’s title comes from a Sylvia Plath passage in which Plath laments all the things she will never be able to do. Plath, of course, appears as one of collection’s celebrities, commanding its lengthy title essay “All the Lives I Want: Recovering Sylvia Plath.” In it, Massey recalls discovering Plath’s work in her late twenties, while she was “on a mission to make the emotions of young women not just visible in the literary world but to make them essential components of it.” Massey does not say whether this is still a mission of hers, but its spirit seems present and mature throughout her essays. “All the Lives I Want” cuts at barriers that delineate what can be “taken seriously,” stand between “female” and “good,” and quarantine the personal from the publishable. It champions a cause whose life Plath would very likely have wanted to live.