Harry Lewis To Retire After 46 Years 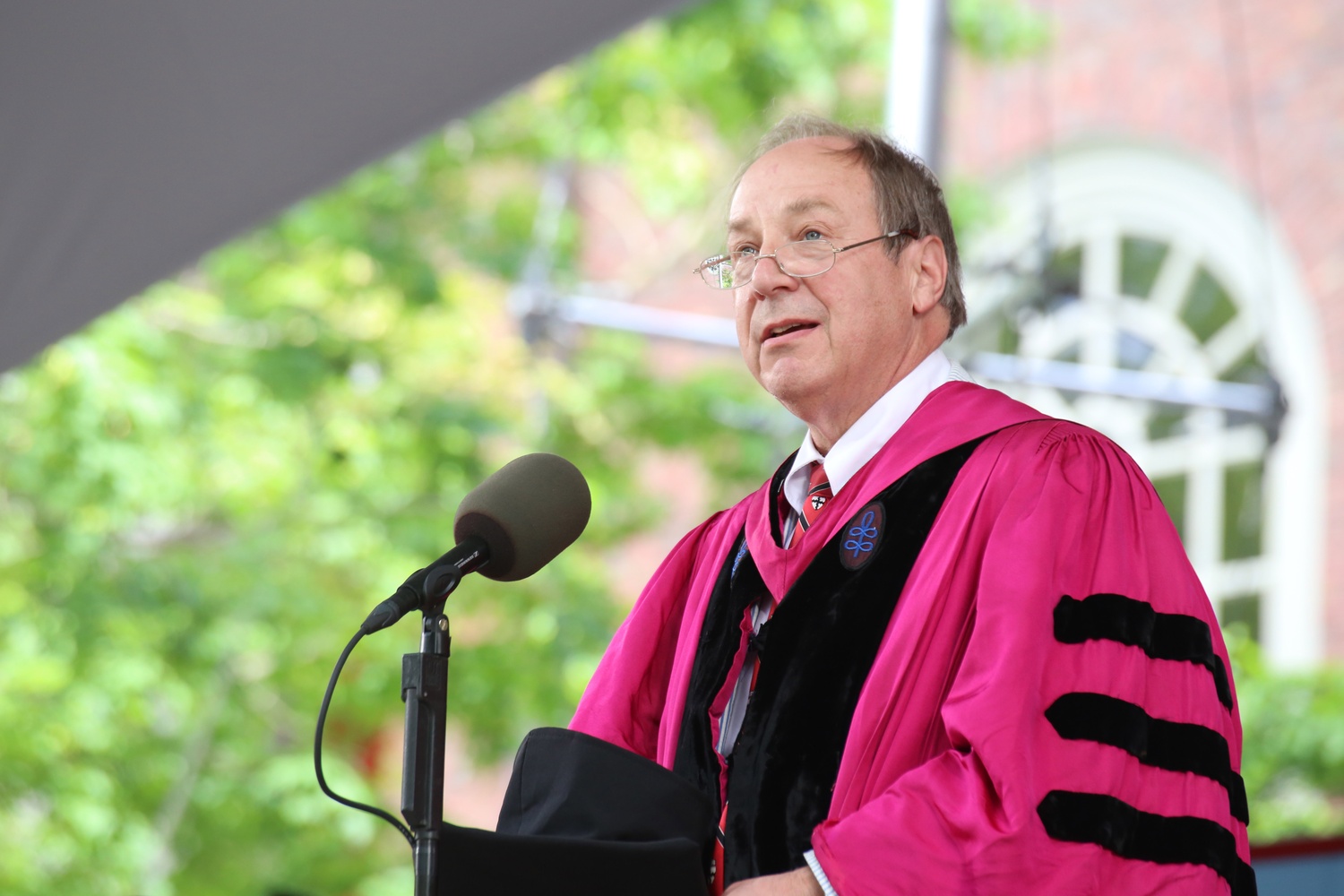 After this semester, Computer Science professor and former Dean of the College Harry R. Lewis ’68 will teach only two more semesters before he officially retires on July 1, 2020.

When he retires, Lewis will have been on the faculty at Harvard for 46 years, a span which includes an eight-year stint as Dean of the College. He joined the faculty in 1974 after receiving his PhD in applied mathematics, becoming a professor of computer science in 1981. He has taught computer science ever since. While Lewis is not retiring until July 2020, he will teach only in the spring of 2019 and 2020 after the current semester.

Lewis said the details of his departure are typical for tenured faculty considering retirement.

“Harvard has a way of encouraging tenured faculty to think about retirement who otherwise might hang around forever, and so they provide an incentive if you retire by a certain age—then they give you some extra leave terms at the end,” Lewis said. “But if you wait too long, then the incentive goes away. I’m actually a little short of the age where I would have to worry about that, but that’s why there’s this long drawn out process where you go half time for a couple of years before you actually retire.”

Lewis regularly teaches “CS20: Discrete Mathematics for Computer Science” and “CS121: Introduction to the Theory of Computation,” though he will no longer teach either class after this semester. Instead, for his last two semesters, he will teach an entirely new class.

“I’ve counted, I’ve taught CS121 about, I think, 32 times— it wasn’t originally called CS121, but it’s been essentially the same course since I created it back in the late 70s sometime,” Lewis said. “So I’m going to teach a cool new course next year: ‘Classic Papers of Computer Science,’ the papers every computer scientist should have read. I’ve had a fun time putting that syllabus together, and I’ll be doing that the next two spring semesters.”

Lewis will also be stepping down from his role as the Director of Undergraduate Studies for the Computer Science Department at the end of this semester, a role he said has taken up much of his time in recent years.

During the fall semesters when he is not teaching, Lewis said he will primarily use the free time to work on other academic projects.

“I’ve got about three book projects that I’ve had in the queue for a long time, so I’m glad to have some time to get some writing done,” he said. “And, you know, I have grandchildren maybe I’ll get to see a little more of.”

Over his long tenure, Lewis has been closely involved with administrative matters in addition to his academic responsibilities. As Dean of the College, he oversaw House randomization. He served as interim dean of the School of Engineering and Applied Sciences before Francis J. Doyle III, the school’s current dean, was appointed.

Most recently, Lewis has been a vocal critic of Dean of the College Rakesh Khurana’s policy penalizing involvement in single-gender final clubs and Greek organizations. In January, he withdrew an opposing faculty motion following an announcement of a committee that could “revise or replace” the sanctions.

Lewis said he will continue to be involved at Harvard after he retires.

“I’m not moving to Florida or anything like that. I’m sure that, like a lot of emeritus faculty, I’ll continue to be around.”