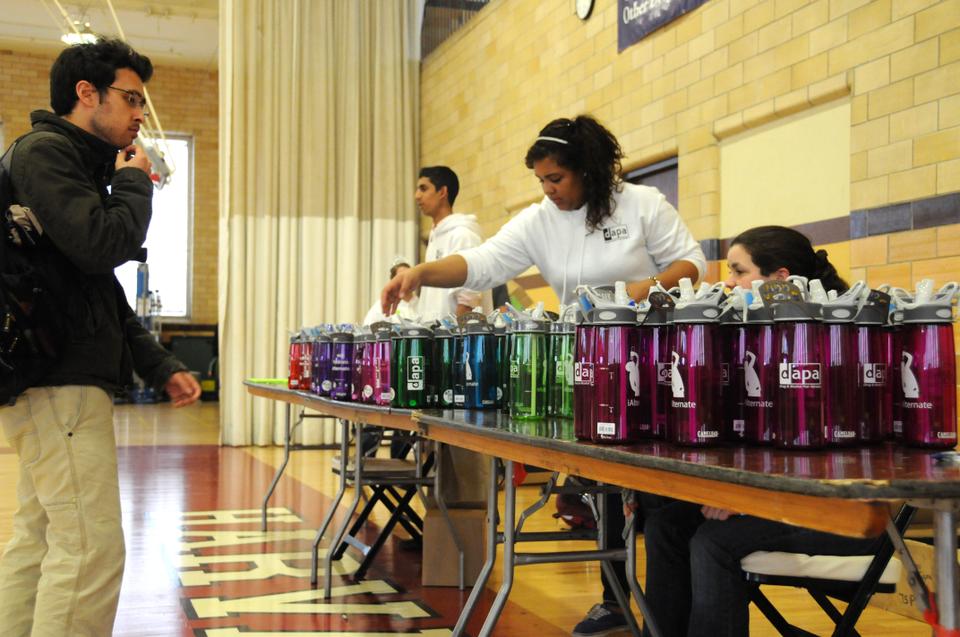 Months after Harvard’s Drug and Alcohol Peer Advisors discontinued regular giveaways of popular Camelbak water bottles, another campus group is bringing them back.

As part of a new publicity campaign, Harvard Recreation, an arm of the Athletics Department which runs many of Harvard’s gyms, handed out the water bottles around campus this semester.

“My soul hurt when I read that DAPA wouldn’t be able to continue with their Camelbak giveaway. But I work for Harvard Recreation now, and I thought that Rec could help save the Camels (a precious species),” Daniel E. Golliher ’14, Harvard Recreation’s College Outreach & Marketing Coordinator, wrote in an email.

Though interested students could fill out an online form requesting a Camelbak, a recent post on Harvard Recreation’s Instagram informed students the water bottles had run out, at least for now.

“We did a limited run just for our campaign this spring to gauge interest, but we’re not even close to being done with Camelbaks,” wrote Golliher.

Before DAPA discontinued it, students would flock to National Alcohol Screening Day—at which participants could receive a Camelbak in exchange for anonymously completing a survey about their alcohol habits—to receive a free water bottle. In Dec. 2016, DAPA cited cost concerns as a major reason for the cut.

In his email, Golliher showered praise on the water bottles, calling them “great for a lot of things.”

“They promote and facilitate hydration; they’re sturdy and durable, so you don’t have to run through a lot of plastic water bottles in the course of the year; and they're the center of a fun community event on our campus,” Golliher said, adding, “these are all things that Harvard Recreation has an interest in preserving.”

The Camelbak giveaway is part of a broader publicity campaign from Harvard Recreation. Many of their efforts—both on social media and at various campus “a pop-up” events—have centered around the slogan “Recreation is Coming,” a reference to a line in the popular television series “Game of Thrones.” Though Golliher wrote that Harvard Recreation would be enacting some major changes in the near future, he was not forthcoming about any specifics.

“There’s some mystery to our campaign, and that’s on purpose,” he wrote.